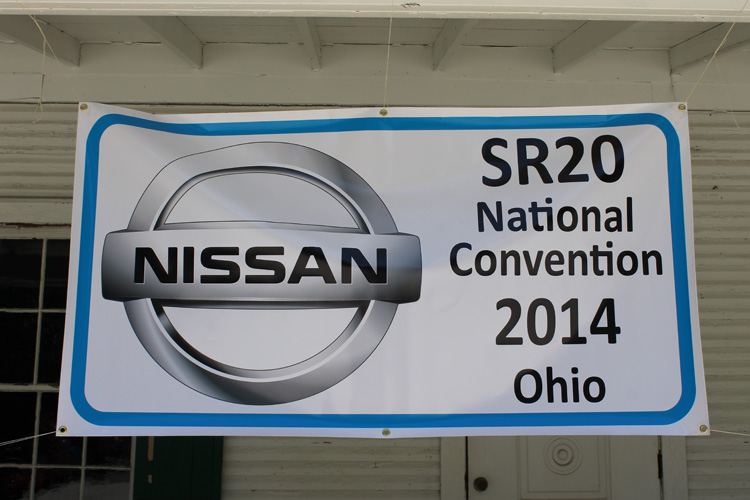 Some of the best mechanics, enthusiasts, and gear-heads in the country come together every year for the SR20 National Convention. There is more knowledge of FWD SR20’s at this convention than the rest of the country combined for the few days while it lasts.

Moving from city to city every year, this year the convention called its home in Cleveland. This is actually only the 2nd city in the convention’s history (since 1998) to see a city more than once. Los Angeles held the convention in 1998, 1999, and 2004, and Cleveland held the 2012 and 2014 conventions.

Holding two of the SR20 conventions in the same city says something about the city, and its planners. Obviously Los Angeles was a good place to hold it more than once, being arguably one of the best car scenes in the county. But Cleveland? Well that comes down to the organizers, Rob Ocasio and Louie Lucena. It takes a lot to put on one of these conventions, and these two were willing to do it twice, with only a year break in between. Some people call that insanity. 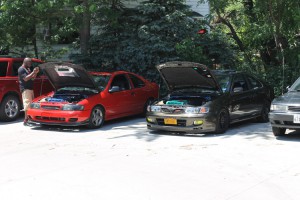 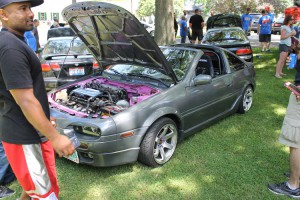 Another reason Cleveland was chosen for a 2nd time was its proximity to Nelson Ledges Road Course. Every year, one of the highlights of the convention has been the track day at a road course. In 2012, the unique pricing structure to rent the track at Nelson Ledges made it a hands down winner for the road course venue. Scheduled once again 2014, things were on track to look like another great convention.

However, weeks before the convention this year, some unfortunate news began circulating the Internet. Nelson Ledges had closed, permanently. This put a huge damper on the itinerary for the convention. With only a few weeks to go before the convention began, Rob and Louie worked diligently to look for an alternate location. Another road course within driving distance seemed out of the question, but they came up with a great alternative—Go Karts. Knowing that the attendees of the SR20 convention wouldn’t settle for the typical slow moving karts you rent next to mini-golf, they found a high speed alternative. They were able to secure the Pittsburgh International Race Complex karting track as the venue of choice. 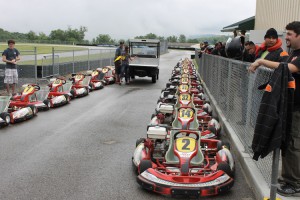 So with the convention still on, despite having no road course track day, I headed out on Tuesday, June 17th for the convention. I stopped at Rush Mathew’s house near Chicago for the night, as we would both be attending the convention. On Wednesday, we rolled out around 10am. We stopped in northwest Indiana to meet a friend for lunch (and enjoy our first beer of the trip), then continued east to Cleveland. Getting there Wednesday night, we quickly found ourselves hanging out with a group of guys that flew in from Los Angeles for the convention. They had beer already being chilled, and brought a 3 liter bottle of tequila from Mexico, so needless to say, we all became instant friends. Of course, Rush and I picked up another 6 cases of Yuengling to get the party started as well.

Wednesday night, in typical SR20 Convention fashion, was the meet and greet. We had a conference room reserved, and Rob ran through the itinerary with everyone, handed out name badges, t-shirts, and then we passed around the 3 liter bottle of tequila to celebrate the beginning of an amazing time.