Thursday was the day that had previously been scheduled for the track day. Typically, this means getting up early and driving over an hour somewhere to be ready to go at 8 or 9 am. However, with the go karting this year, the day didn’t begin until 11:30. This meant we got to sleep in a little! Go karting was a blast. As I rolled out in the very first session, it was a dry track, but a couple of laps in, and the clouds came and unleashed aquatic fury on us. Five minutes into it, we found ourselves creating rooster tails the equal to the ones seen on hydroplanes, and wakes on the track as if a cruise ship just went through. After 10 minutes of karting, I got out, completely saturated. I would have been slightly dryer if I had just jumped into a swimming pool with my clothes on.

After everyone had gotten at least one or two practice runs in, our best times were divided into 3 groups of 15. The fastest, slowest, and those in the middle. We were told we would have a final run where the top 5 of each group would then move on into the main event. I went out in the first group, having managed to pull off one of the top 15 times all day. However, I was quickly passed by everyone. I think I had a slow kart. But nevertheless, it was fun battling it out against other SR20 enthusiasts and a little bit higher rate of speed since the rain had dissipated. After the 3 run groups had gone, the final top 15 ran to crown the winner of the day.

For years, one of the things that has made the SR20 convention fun, is a “free day.” It used to be that the convention was a 2 day event, but there was so much packed into the weekend that you really couldn’t spend time enjoying it with your friends. When the introduction of the “free day” came, it was enjoyed by everyone. It gives you an opportunity to not be rushed, and to take in the sites and do some actual vacationing in the city. Especially since it is usually in a city you are not familiar with.

This year, Friday was our free day, which meant of course that we were up late partying in the parking lot. Rob and Louie had worked with hotel management beforehand so that we had a section of the parking lot partitioned just for the convention. We were able to hang out until 3 or 4 am without having to worry about getting in trouble from hotel management, or worse—the law. Also, because we were on hotel property and not in a public parking lot, we were able to enjoy ourselves with some adult beverages. 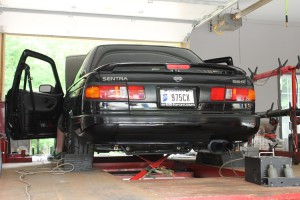 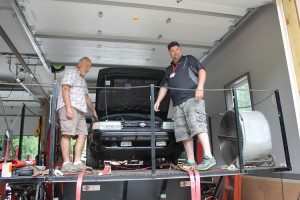 On Friday, many first timers took in the sites of downtown Cleveland, while others went to the dyno. This being the 2nd convention that Rush and I had been to in Cleveland, we took a much more relaxed day. We headed downtown to the West Side Market for a little while. The West Side Market is somewhere I had been before but Rush had not. It is a huge market, the size of a city block. All the amazing smells of the great fresh foods is overwhelming. We then took a stroll down the street to check out some of the local bars. After spending a couple hours downtown, we headed back to the hotel to continue partying with the other convention goers. On Friday night we found ourselves once again in the hotel parking lot with some adult beverages. There were several flavors of moonshine being passed around (that magically appeared from nowhere), and the New York attendees even mixed up a gigantic pitchers of margaritas—enough to fuel the entire convention for the evening. 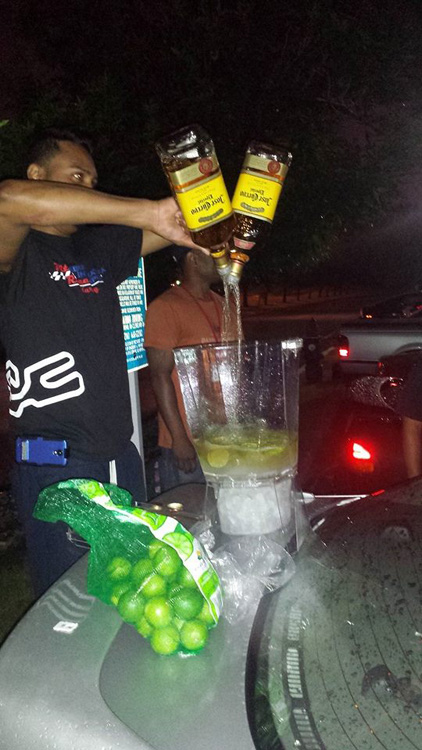 As the convention has grown from a 2 day to 3 day convention with the addition of a free day, this year marked the first year of a 4 day convention. That 4th day would be a drag racing day. This year, that was Saturday. Many of the hard core drag racers awoke early and headed to the track to begin the day as early as 10am. Rush and I were a little less interested in the track day, so we chose to sleep in, have lunch, and then head to the track.