There’s little doubt that Altima remains a linchpin in Nissan’s plan to fulfill its ambitious sales targets in North America. Current sales figures for the model continue to break old records, as the Altima becomes the only mid-sized sedan to expand its sales footprint for five consecutive years. Perhaps most significant is that the Altima received a significant “mid-model” refresh only three short years since the model line was totally redesigned. 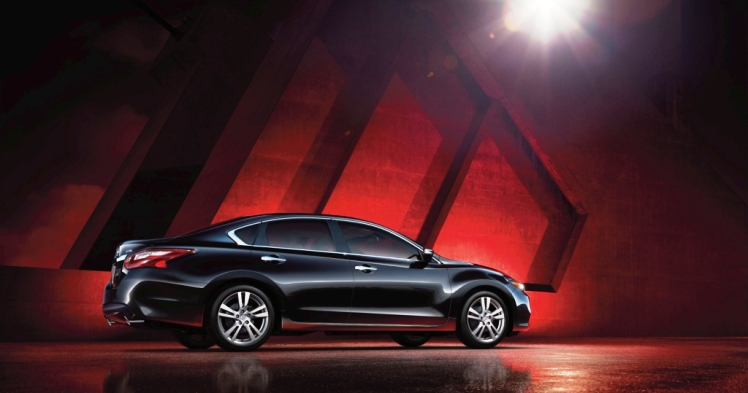 New front and rear styling is the first thing of note as you circle the Altima. Nissan calls it “energetic flow” and it transforms what could be an ordinary sedan into a vehicle more suited to the racetrack. Particularly from the front, where designers aggressively-bulged fenders into a lowered bumper, V-Motion grille section and different boomerang headlight modules to lower the drag to 0.26 Cd. Yes, there are also underbody goodies like active grille shutters and composite aero fairings to help, but the new Altima just looks sleek standing still. The rear section gets its share of attention, with a new trunk lid and four piece taillights that make the rear easy on the eyes as well. 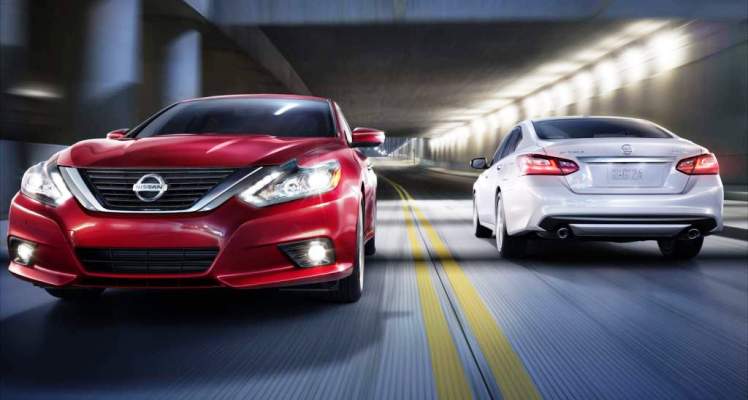 Driving impressions start with the cockpit, which hasn’t changed as much as the outside styling. But the center stack is the exception, as it looks more refined, but retains the kind of familiar controls (i.e. knobs and buttons) that most consumers find easy-to-use. The center console seems slimmer, but still features two big cupholders next to a stubby CVT shift knob. Using the start button to fire up the latest version of the QR25DE, it seems quieter and smoother than previous versions. Nissan has reduced internal engine friction and optimized the oil pump, but much of that NVH improvement must be attributed to the addition of acoustic glass and high strength steel in the A-pillar section. 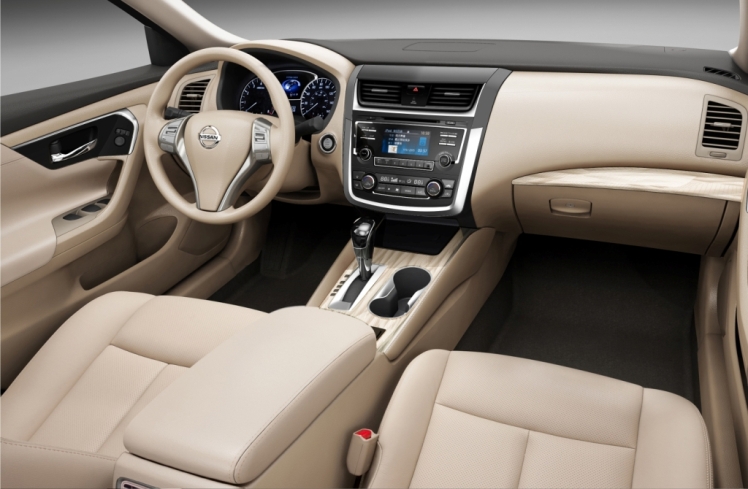 Driving the Altima off the line aggressively, there’s practically no wheelspin, but the 182 hp twin cam mill gets right to work! Nissan’s latest CVT allows the engine to roll to redline easily and shift cleanly and decisively. OK — so it’s all done electronically — but it still ”feels” right to this racecar jockey. Ride down the street and onto the highway is plush and comfortable. But the first surprise is when you turn into a corner and find this Altima SL (MSRP: $32,510) reacts with a bit of restraint. Turn-in is crisp and yes, there are both front and rear swaybars, but the lack of pronounced body lean and ensuing understeer was a pleasant surprise. Push a little harder on that circular off-ramp and you’ll find the front tires squealing, but it’s still further out than you’d expect. Nissan is using a technology it calls Active Understeer Control (AUC) to utilize a yaw sensor to detect high cornering loads. Using computer control, it lightly brakes the inside front wheel to increase the yaw of the car and bring the tail in line with the front tires. And to think of the years spent developing my trail-braking skills – now everybody can accomplish the same thing! 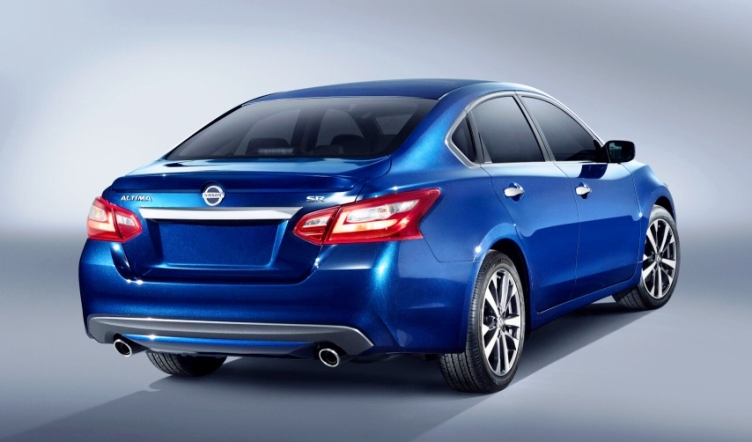 As with all these reviews, I won’t go into all the safety and convenience features the 2016 Altima boasts. But its worth noting the 2.5 models all have EPA fuel mileage figures of 27 city/39 highway/31 combined on regular unleaded. Of course, the VQ35DE remains an option for buyers who want more power (270 hp), but mileage slips to 22 city/32 highway/26 combined. That puts the Altima squarely in a tightly contested fight between the usual combatants: Accord, Camry, Fusion and the rest of the mainstream pack. Despite that, Nissan has developed the 2016 Altima to a sharp edge, with distinctive styling to set itself apart, advanced technology to address safety and entertainment desires and yes, the performance to run with the big dogs.