Cost of your Headers

I’ll give Hotshot some credit, the header fits fairly well when you get it into position. The EGR tube lined up perfectly, and the port for the first O2 sensor was well placed, and was the correct size and thread. Getting the Header to swing in between the edge of the bell housing, and the steering linkage was a little tough, but I think it would have been much easier to remove the steering coupler and the header would have went right in to place.

Problem One: Once the header was in position, I noticed that the holes in the flange (head to header) don’t quite line up perfectly. After some wrestling with it, I decided that the best way to fix it would have been to pull the header back out, and open the holes up in the flange. Instead, I carefully got the header in place and pulled it on to the studs with the exhaust nuts. This worked really easily once I got them all started. Next part is the secondary piping between the header and the cat.

Problem Two: Here is where I had the most problems with this install. The header and the secondary pipe each have a mount on them to pull the two pipes together. The mount is only on one side, therefore we all know it will not pull the two together straight and the bolt they give you is insanely too short. I ended up tapping the flange which connects to the cat until the pipe was seated over the header pipe, then bolted it together.

Problem Four: The secondary pipe is larger than the stock exhaust, so the stock bracket that mounts in front of the cat needs some trimming/grinding to fit properly and this was pretty easy. Ok now everything is bolted in place ready to install the second O2 sensor, and of course, the hole in the secondary pipe is the same size as the hole for the first O2 sensor which is bad news considering that the second O2 sensor is much smaller (12mm x 1.25tp).I ground down the original fitting and welded a 12mmx1.25 nut in its place, and threaded the O2 sensor right in.

Final Review: Now, the install is complete, and the car starts up and sounds good and I don’t seem to have any problems. After driving the car a bit I have noticed that the car has lost some low end torque (This was with the automatic, the losses are unnoticeable with the 5 speed).The gains above 4000 RPM are pretty good, the car pulls much harder in the upper end. Fuel economy was not negatively affected.

One note though: The object which resembles the second catalytic converter is actually fake. After I pulled down the exhaust, I examined the second cat and found that it is completely hollow. All the emissions correcting is done in the secondary pipe which is originally connected to the stock exhaust manifold.

For those of you who are dealing with emissions testing, beware! The only other problem is the fact that you will get a Check Engine light with code 72 which is the code for Primary Catalyst failure. Hotshot said they were correcting the problem with the O2 sensor size in the secondary port. One other problem is the coating seems to be poor quality, as the header is showing signs of rust.

NOTE:As of this most recent editing, HotShot has released a revised version of it’s S14 header that addresses all of these problems.

Pictures of the install: 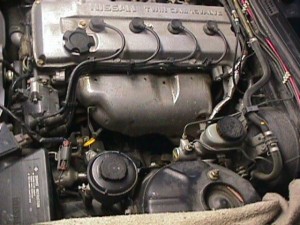 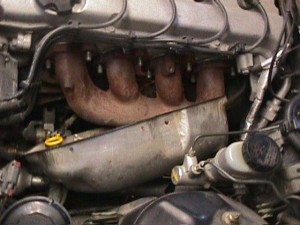 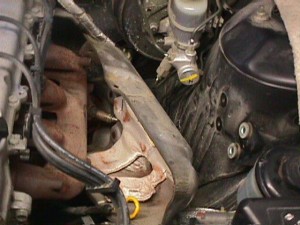 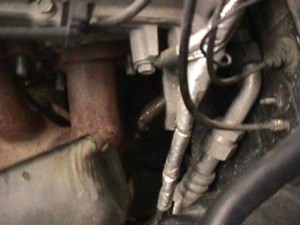 Removed O2 to get Heatshield off. 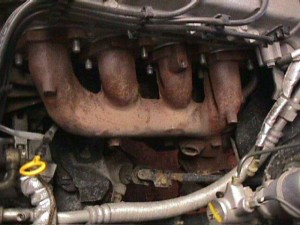 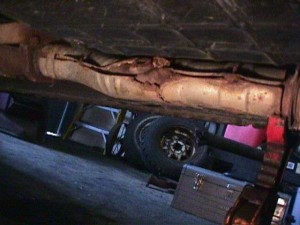 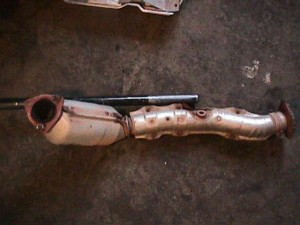 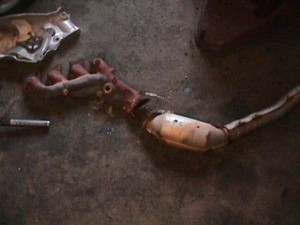 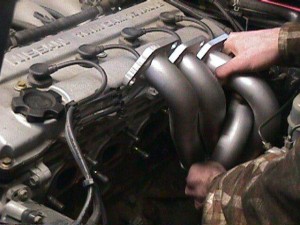 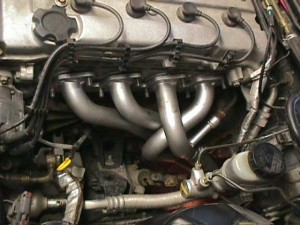 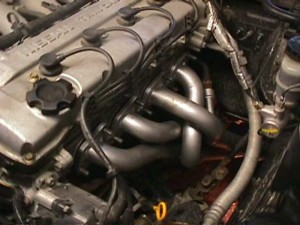 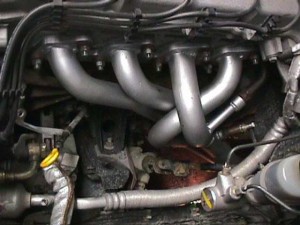 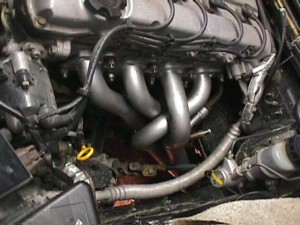 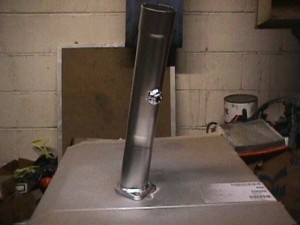 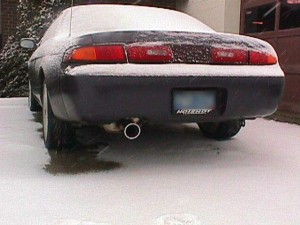