Replacing windshield wipers is definitely something anyone can do. Garages will charge a good bit of extra money on top of the part to do it for you (so don’t let them get away with it if you didn’t ask for it). Places like Autozone will also do it for free if you buy the wipers from them, but they are generally a bit more pricey for the part. Think $15-20 for each wiper. RockAuto.com and Walmart have wipers for under 5 bucks if you can do it youself, so here we go! 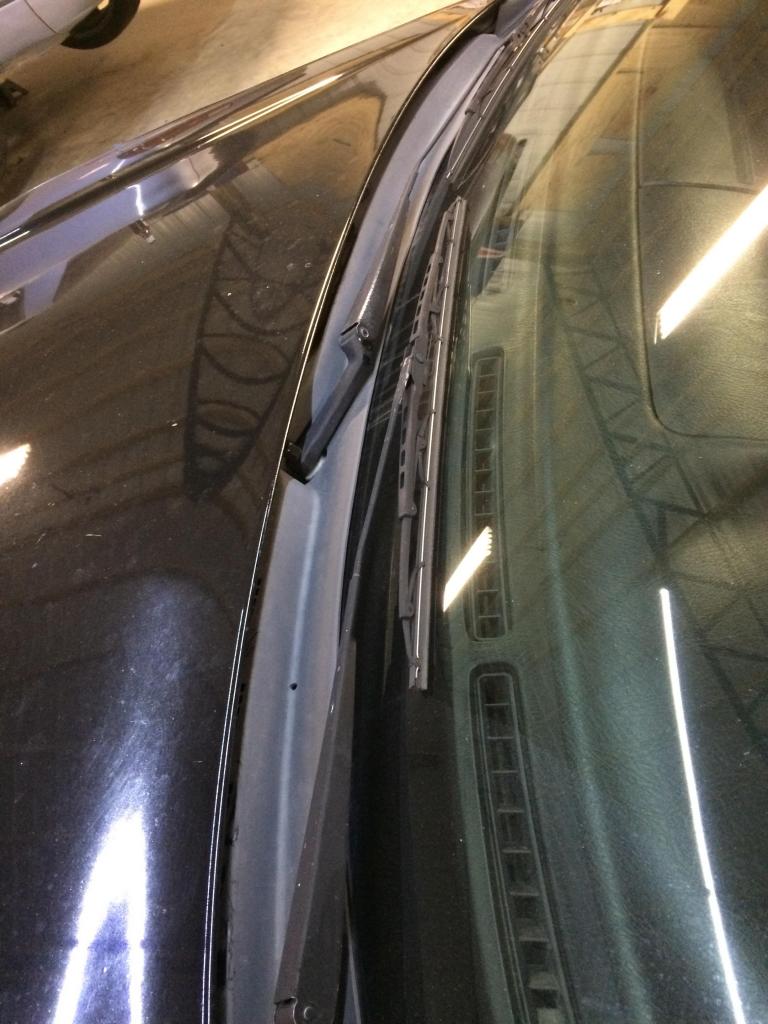 Also, sometimes the wiper will chatter if the blade is bent, such that it attacks the windshield at a constant angle. Good for going in 1 direction, bad for going in the other. 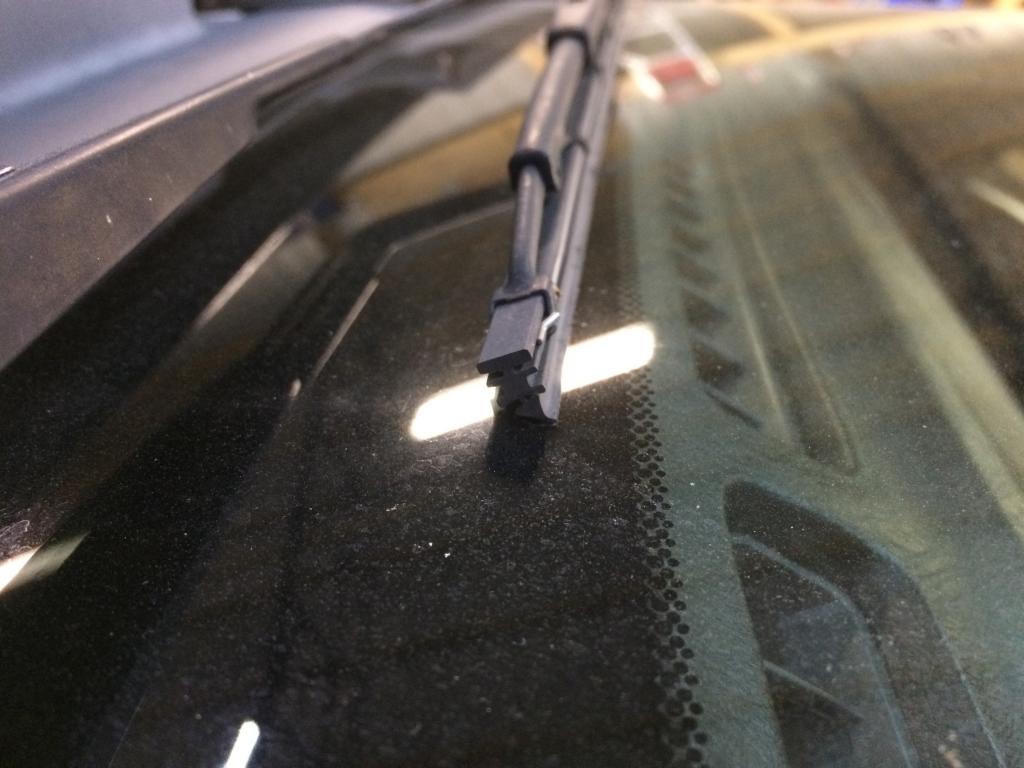 NOTE: Most new cars will have two different lengths of wiper. So, if you use the handy “wiper selection chart” at the auto parts store, and you find that your car requires a “Bosch XYZ19” and a “Bosch ABC22,” that just means your car uses a 19″ and a 22″ wiper. You can then buy whatever brand you prefer. Those of us in Arizona buy cheap wipers, because they dry rot before we get a chance to use them!

OK, enough goofing off – Let’s get down to business.

Step 1 – lift the wiper arm up. On SOME cars, the hood will need to be open. 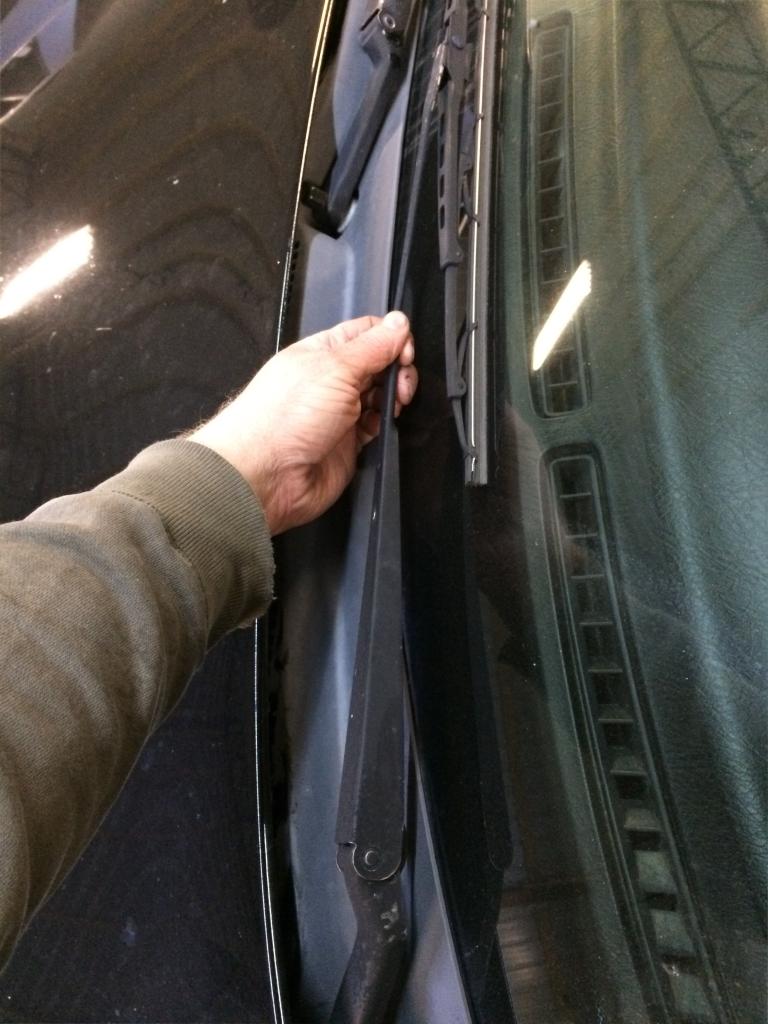 These are spring loaded, and lift right off the windshield, pivoting at the base. This gives you access to the latching mechanism. Once you pull it back far enough, it will stay in place. 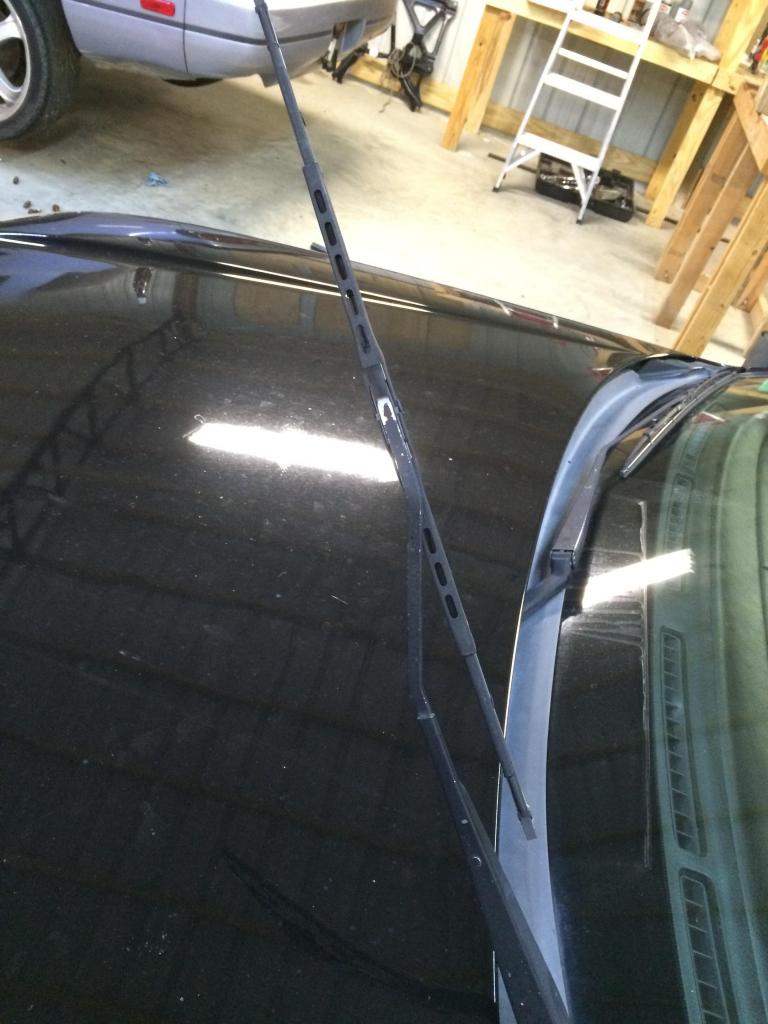 The wiper itself pivots on the arm too. Rotate it counter-clockwise (so the bottom gets elevated). 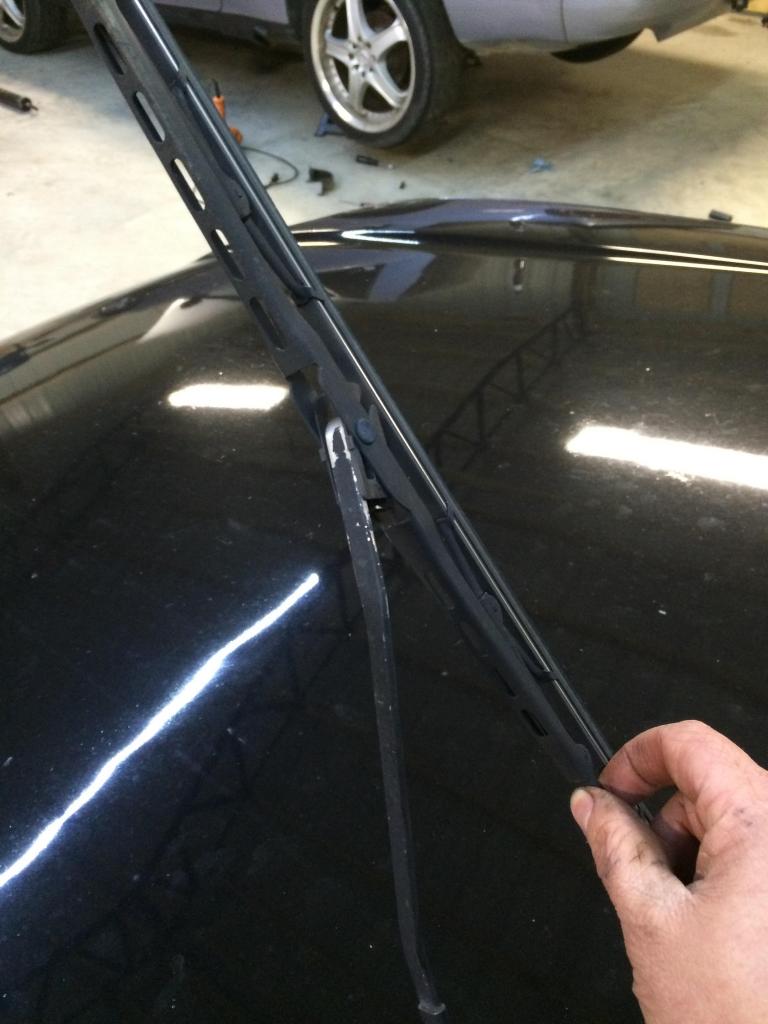 Once you do that, it will expose the latch mechanism. 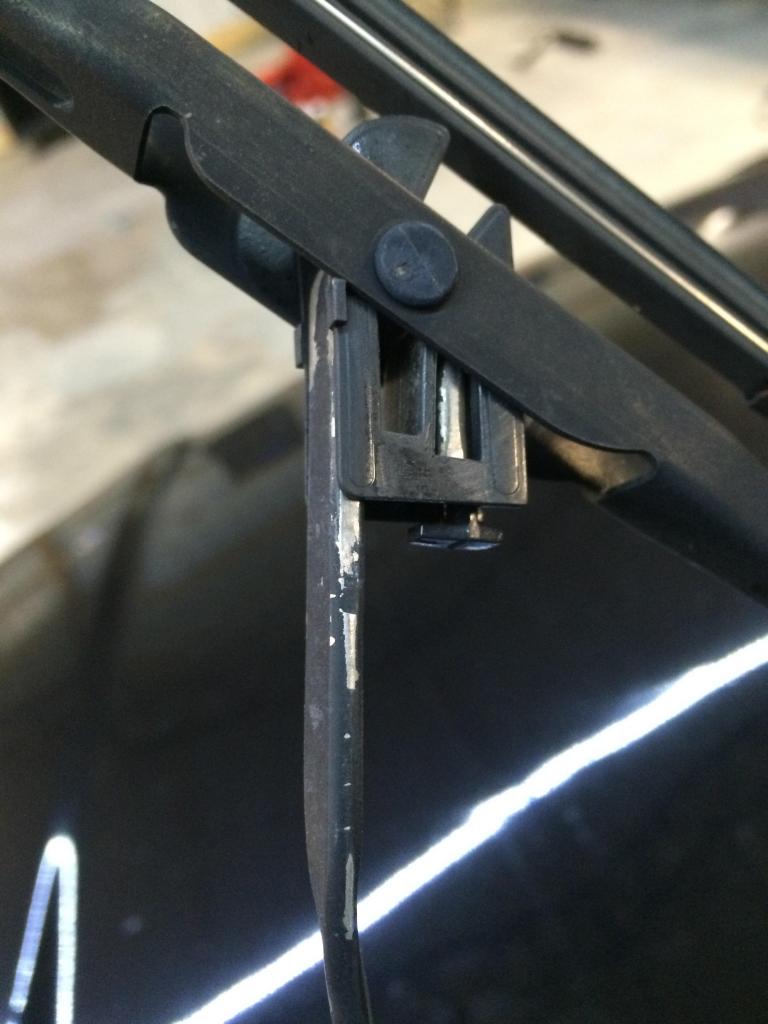 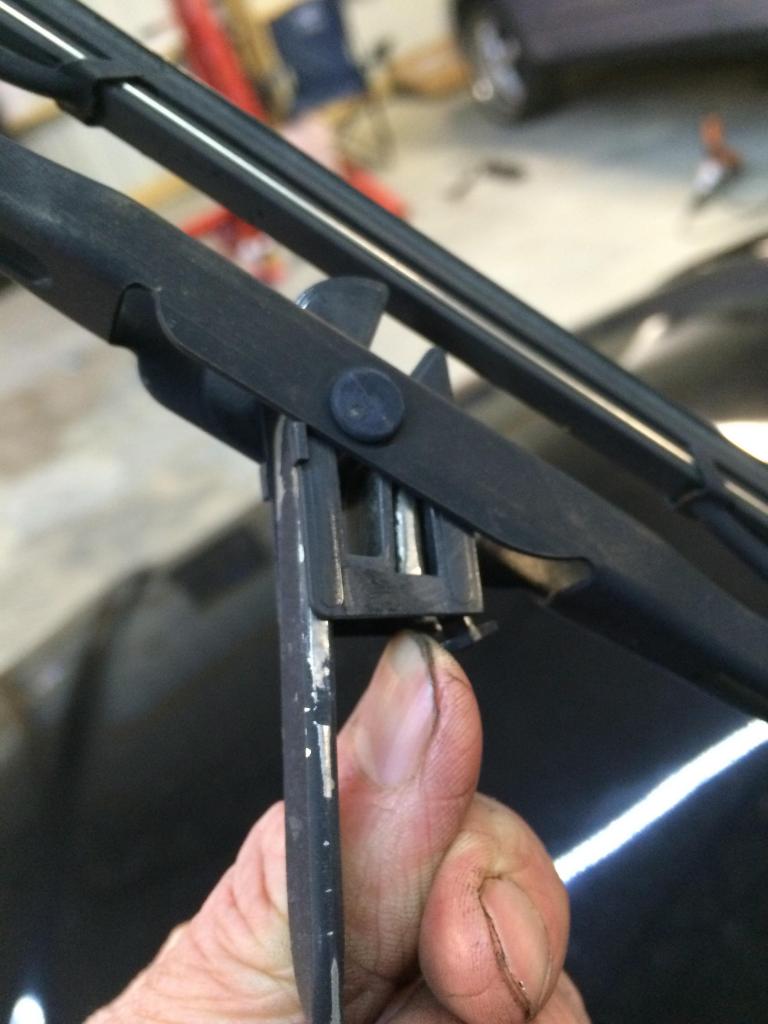 Fish the hook through the open area in the wiper, and remove the wiper assembly. You should be left with the arm and hook, like this: 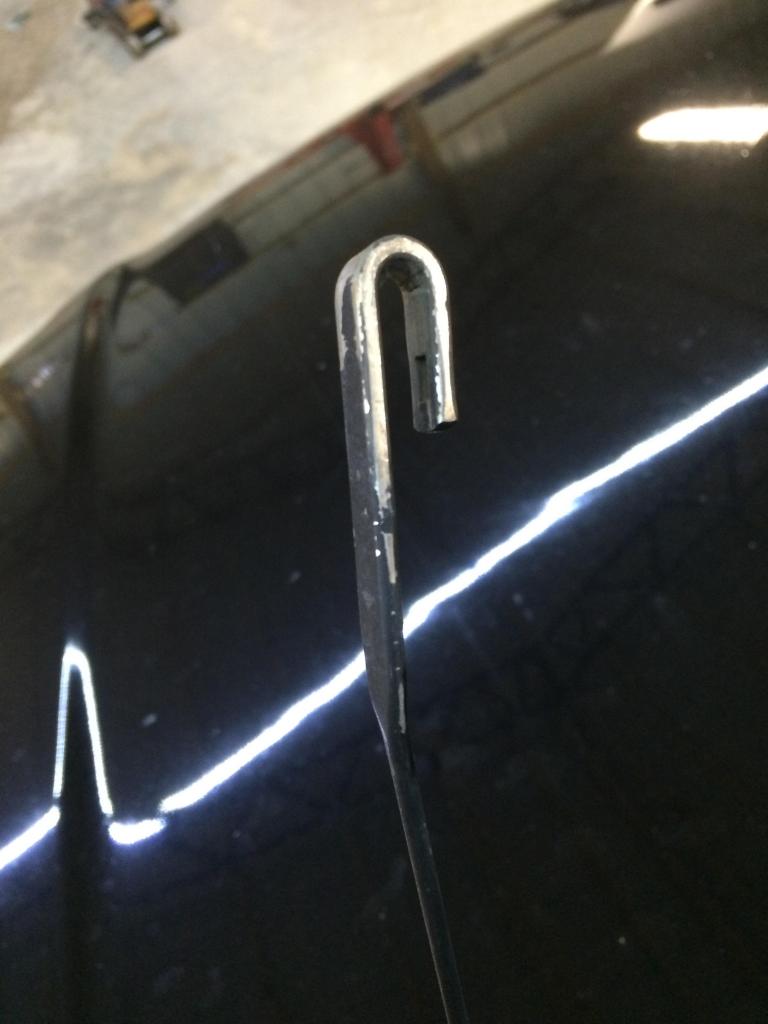 NOTE: Be careful not to let the spring-loaded wiper arm smack down onto your windshield without a wiper installed!

Take the new wiper out of the box, and again fish the arm through the opening in the blade. 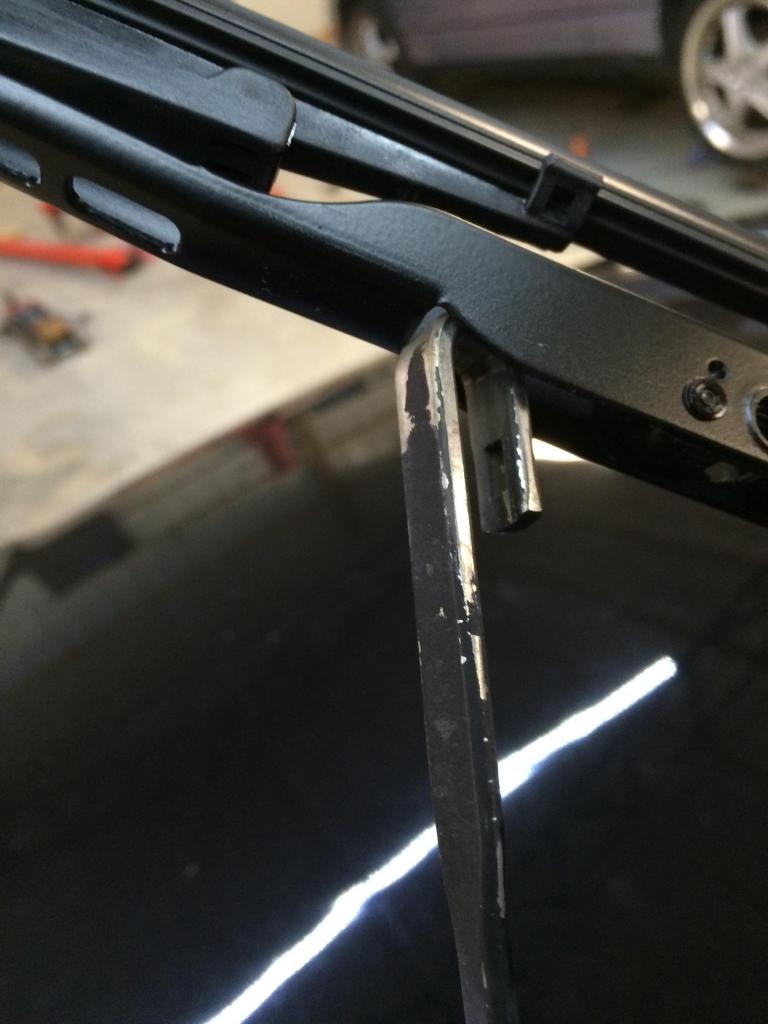 Push it all the way until you can rotate the wiper on the arm, so the hook lines up with the latch mechanism. 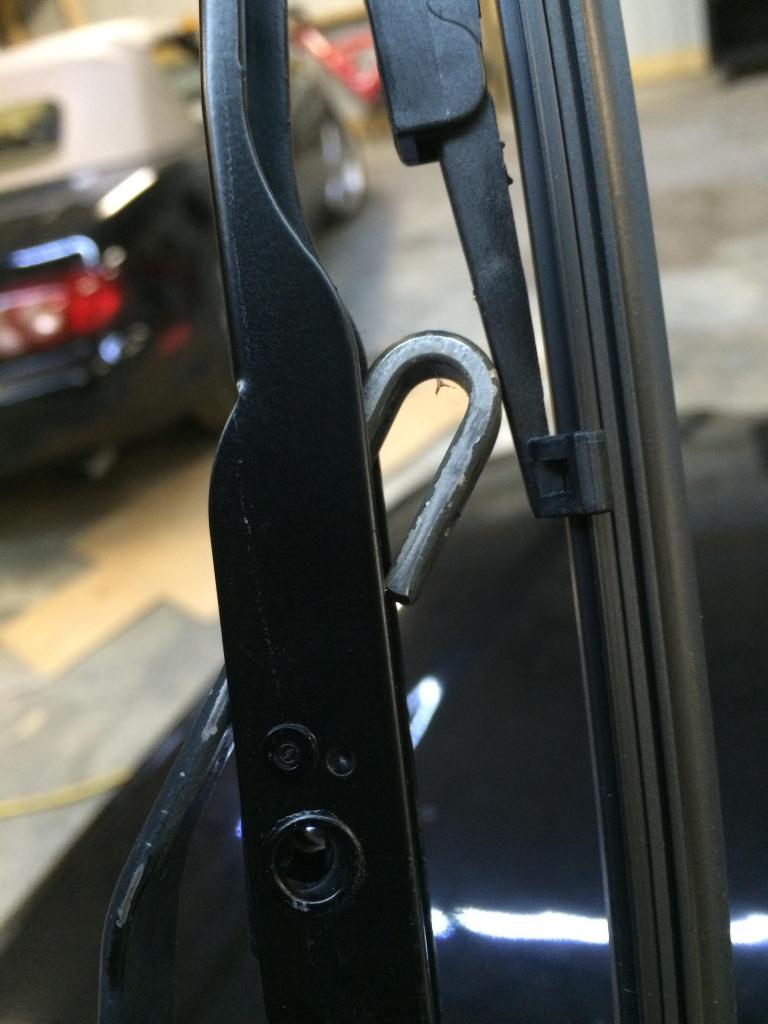 Once it does, just pull up on the wiper (away from the car) until you hear it click into place. Repeat for the opposite side.