Preparations:
You need to block the intake pipes right after the filter. You can either plug the both metal pipes that the intake T-hose attaches to or use the T-hose and plug its inlet. Use your imagination here. I plugged the T-hose by using the MAF-dummy that came with the dual POP upgrade. I attached a wooden plate with sealant, where the filter used to be and used the screw holes to hold it in place. Remember, there will be a lot pressure there so you can’t use a thin plate to block the opening. 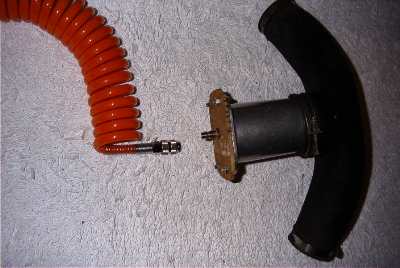 Next, you will need a good place to attach the air compressor (or some other source of air/gas pressure) to. I bought a snap-on fitting with threads and a nut at the other end and installed it in the middle of the plate that I blocked the intake with. You can of course tap into the intake system wherever you find it easiest.

Testing:
Do this with the engine warmed up as the heat makes the rubber hoses softer, so the air can escape easier through the leak. Pump up the intake system by raising the pressure slowly. Don’t overpressurize the system! You are putting pressure on the oil in the oil pan as well, remember that.
It’s best to use a pressure regulator (often standard on the air compressors with tanks). I found that 3psi (0.2bar) was enough to hear any air escaping through a leak.

Now just listen for leaks. In places where it’s hard to reach with your ear, use your finger – works even better with a wet finger! I heard a leak around the EGR somewhere. You probably know how tight it is down there. When I’ve put my wet finger under the EGR membrane, I could feel where the air was escaping from. 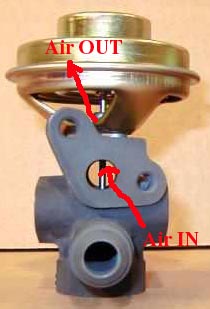 It was the EGR valve which was NEW! I think that the EGR valve design is to blame so don’t get alarmed by this. I’ve heard of several people with
this problem. The air is escaping around the rod that goes down from the membrane. The seal around the rod is not enough to keep the air
from escaping. The hole is small though so it’s nothing compared to what the engine is consuming at boost.

At higher boost levels you will hear a hissing sound from there though… I blocked the EGR system off, but I’m not recommending this to anyone.
Do it at your own risk.

You can also use a bit of a hose to listen for leaks. Put one end in your ear and the other one where the leak might be, much like using a stethoscope.