I have seen a few post on this topic and wanted to provide my pics and instruction to add to what is out there.

Here is how to DIY. If needed, refer to the Manuals LT (Lighting) & EI (Exterior & Interior) at Infiniti Service Manual.

First jack up the car and take off the wheel. I did this on the left side first.

Once the wheel is off, you need to remove the fender protector. There are about 5 clips inside and 4 screws underneath that need to be removed. See pics. Removing the clips was bit confusing for me at first. The key is to pull on the inner pin, not on the outside of the clip. 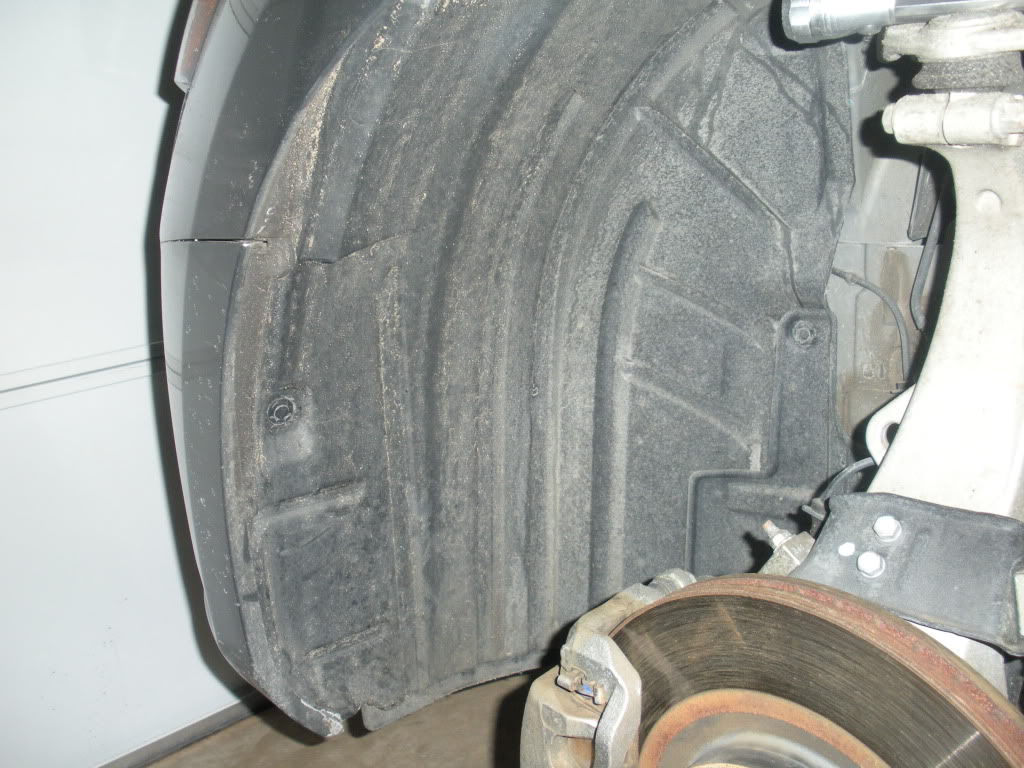 Notice the first clip that needs to be removed. Notice how the inner circle is the release pin. 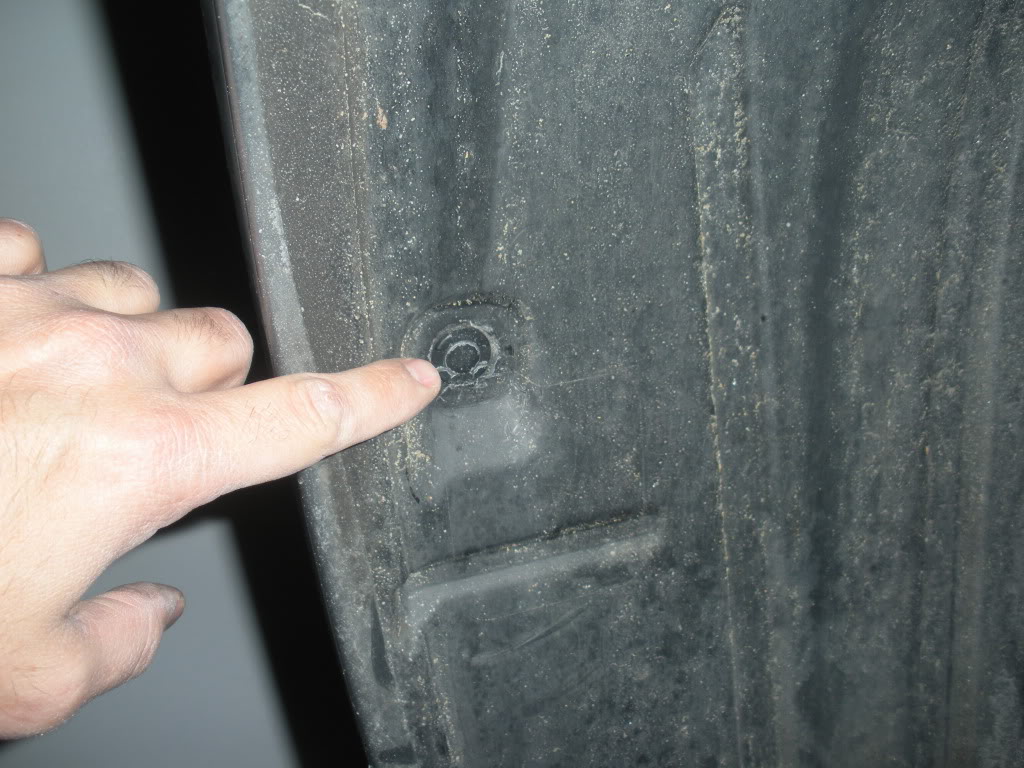 The next two pictures depicts two more clips that need to be removed. Again there should be a total of five. 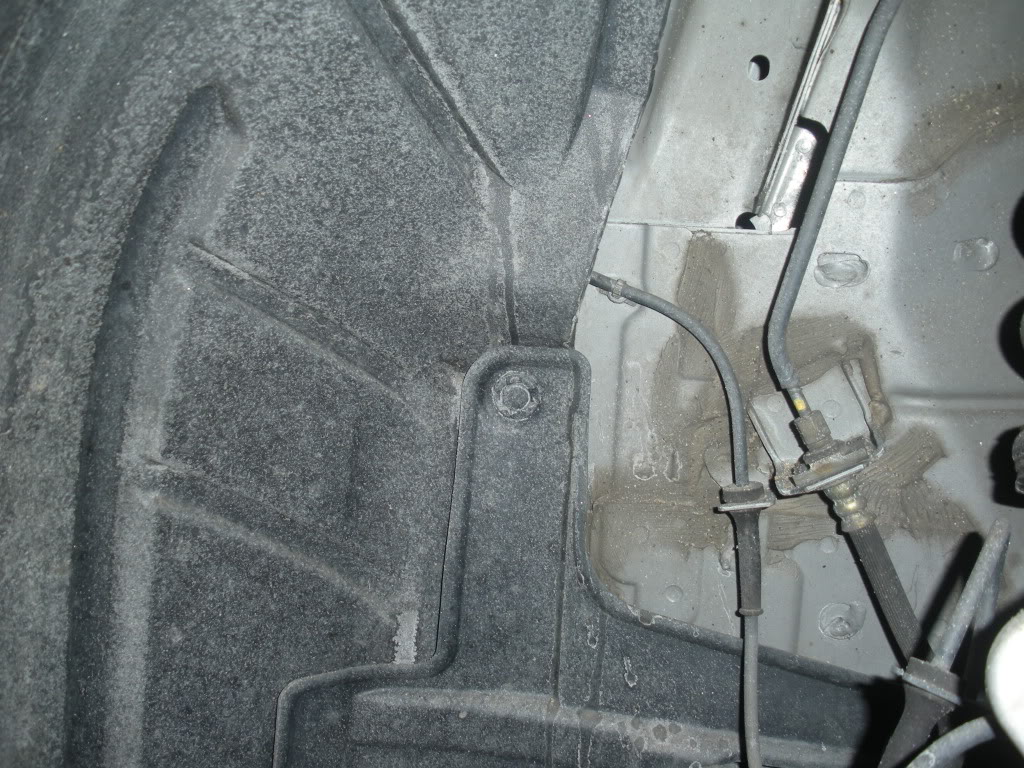 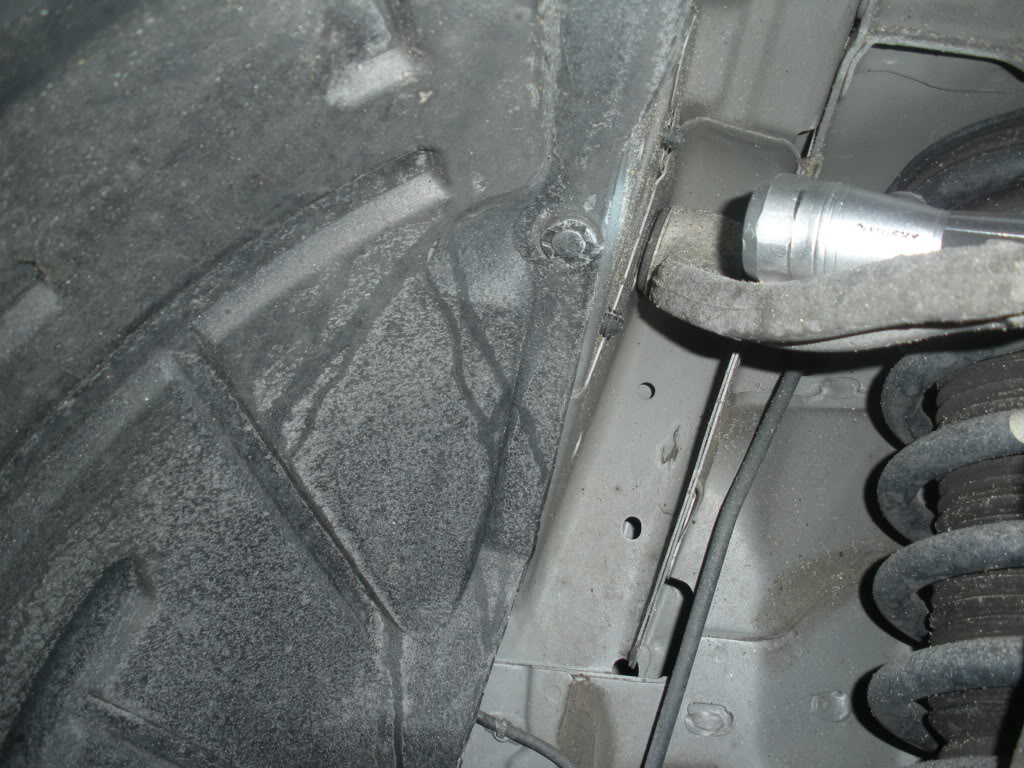 Underneath the front end of the car there are about 4 screws that need to be removed. 2 that are close to you and 2 that are deeper and down to the left. I have pointed out the first 2 in this pic. 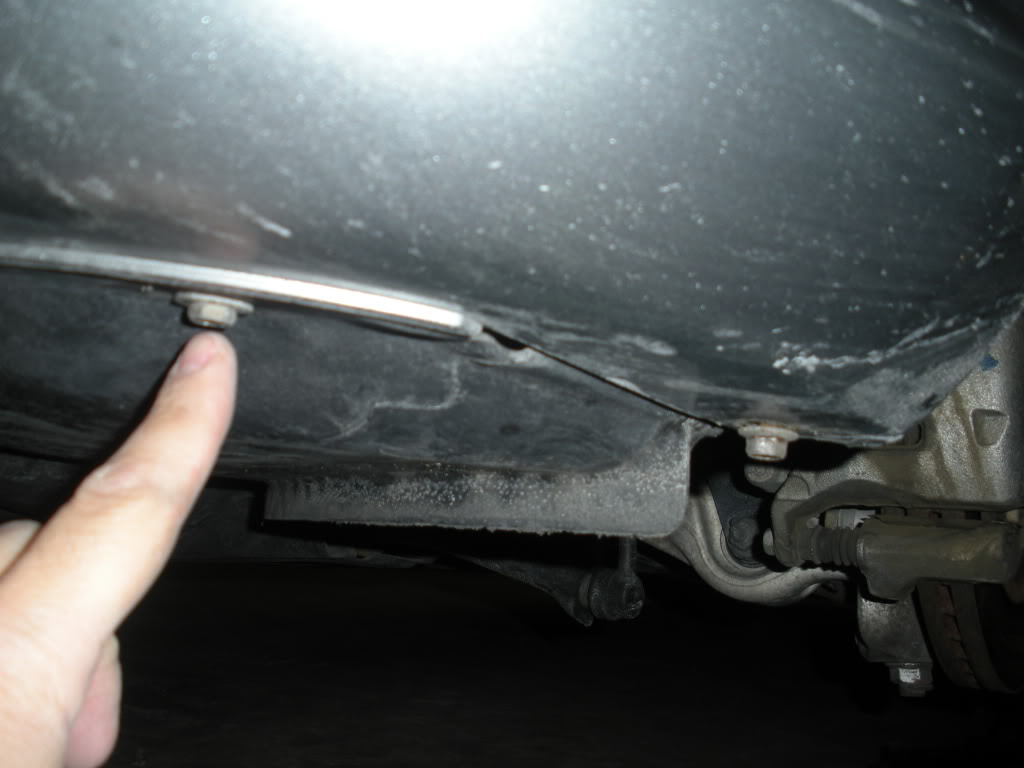 Play with the fender protector. It does take a little manipulation to get it out but once it is, the hard part is over! Until you have to put it back on. 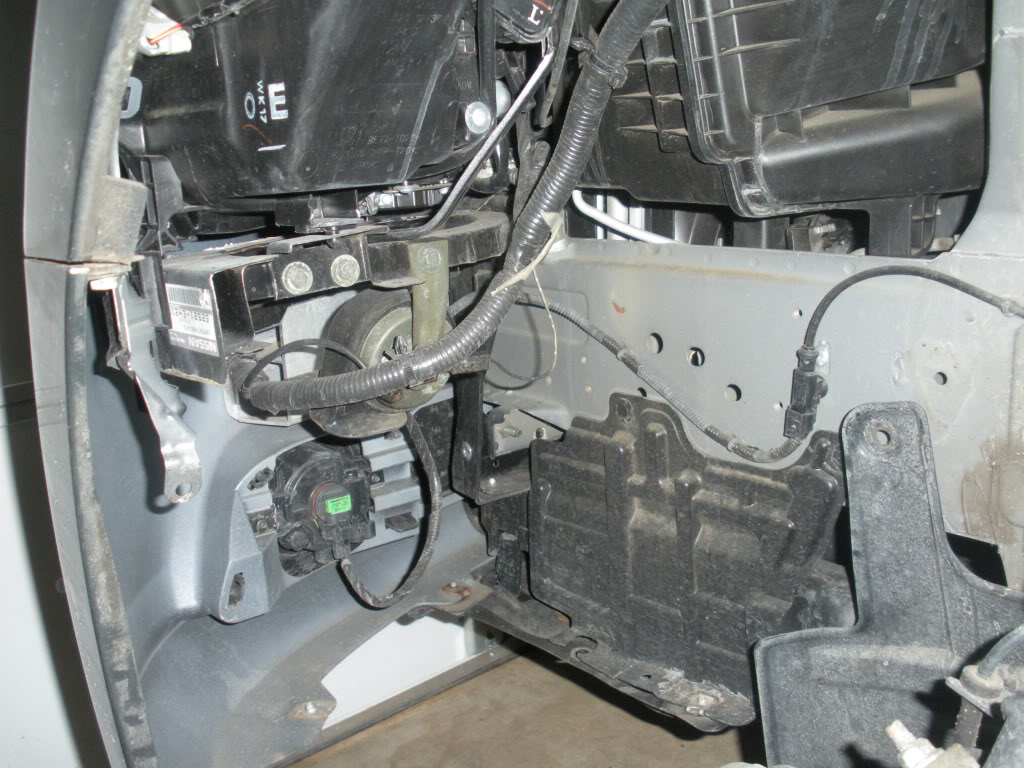 Replacing the Low beams is easy from this point. You will need to remove the plastic cap by turning counter clockwise about a quarter turn. 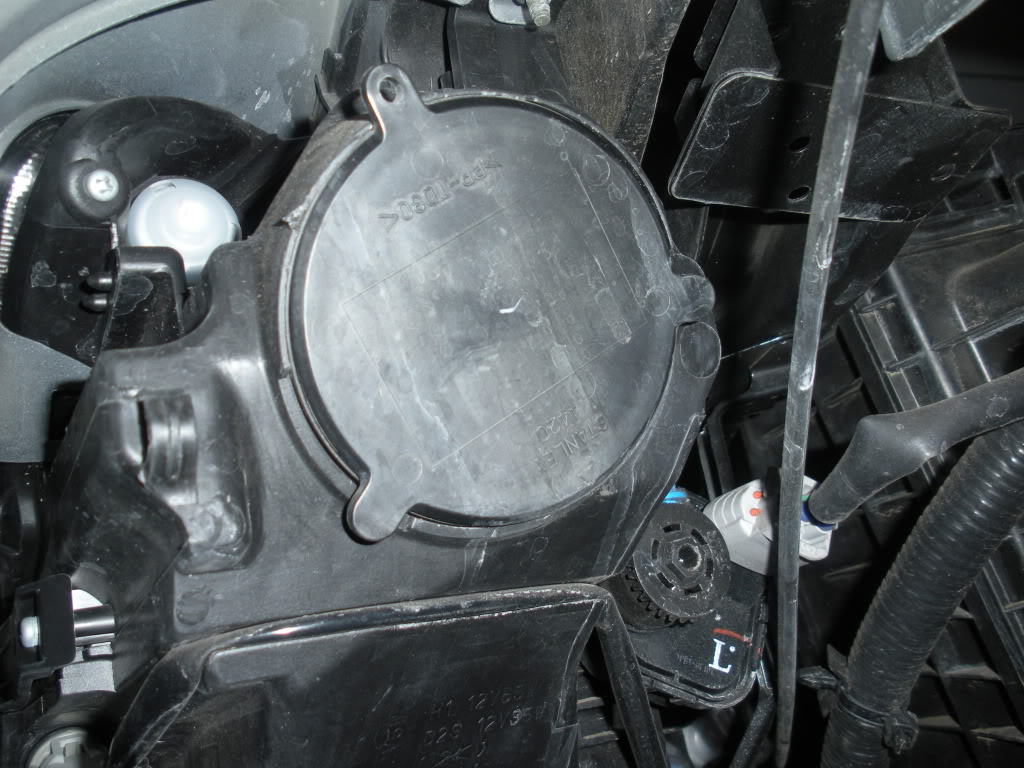 Once cap is removed you will notice a sliver square piece called the bulb socket. Turn that counter clockwise and remove from enclosure. 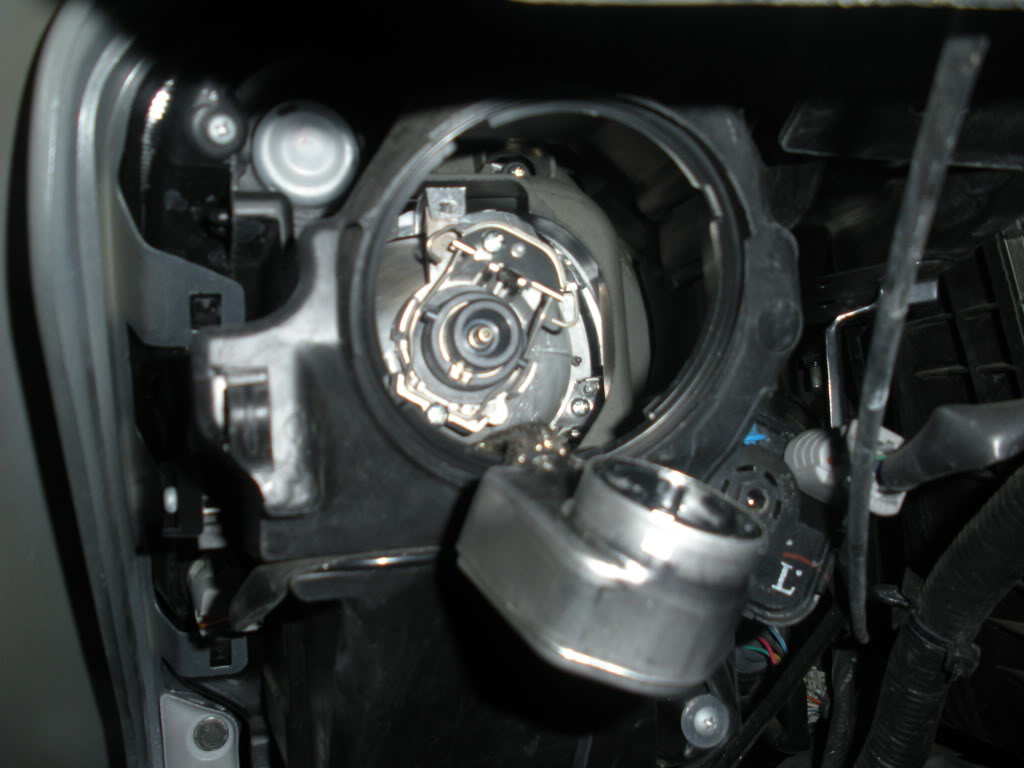 You will now see the back of the bulb being held in by the retaining spring. Push forward on both sides and then pull outward. The spring should fall towards you. At this point I suggest putting on some latex gloves because you want to avoid touching the bulbs with your bare hands. At this point it is as simple as removing the old bulb and putting in the new.

Ensure not to touch the bulbs and insert the bulb so that the groves on the base of the bulb match the notches on the enclosure for the bulb. Put the low beam enclosure back together.

Now for the Fogs. See pics below. Remove the cable from the halogen bulb socket and remove the bulb. 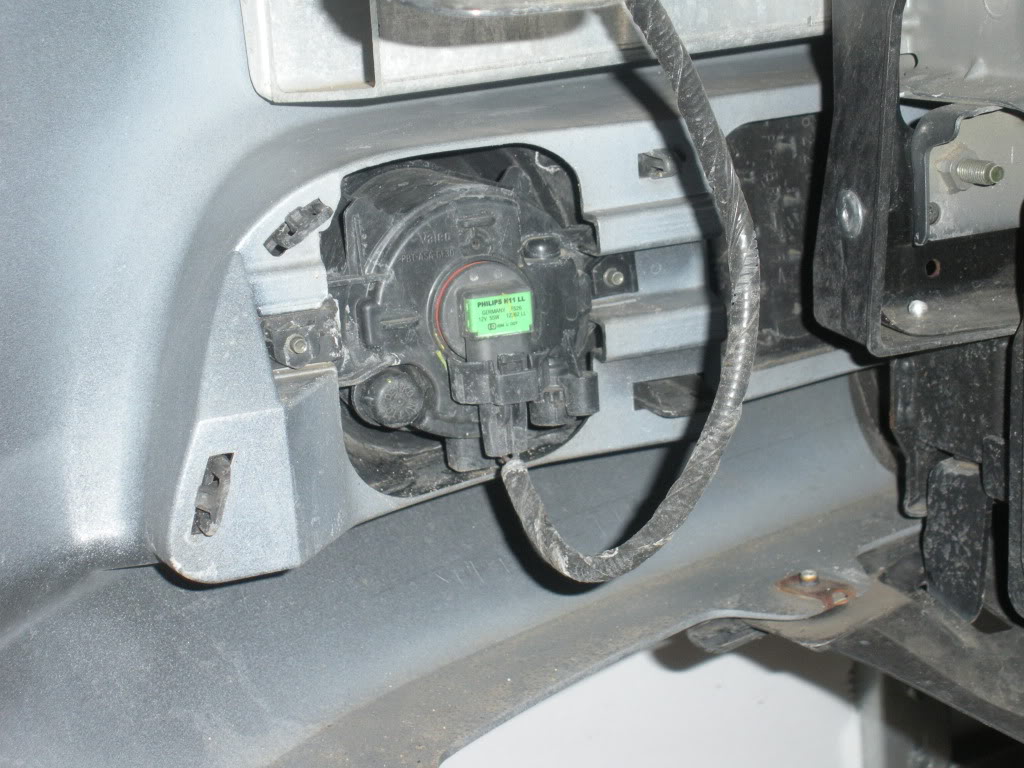 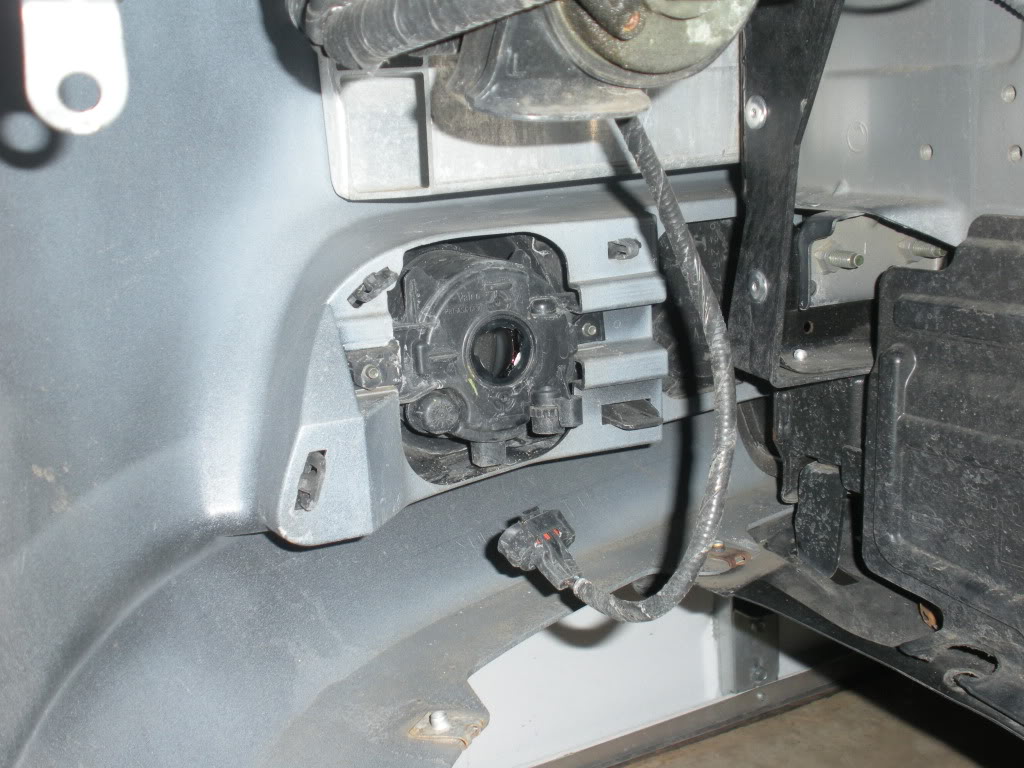 Now find a place for the mounting bracket for the Ballast. I decided on the frame so that I could utilize the screw holes. 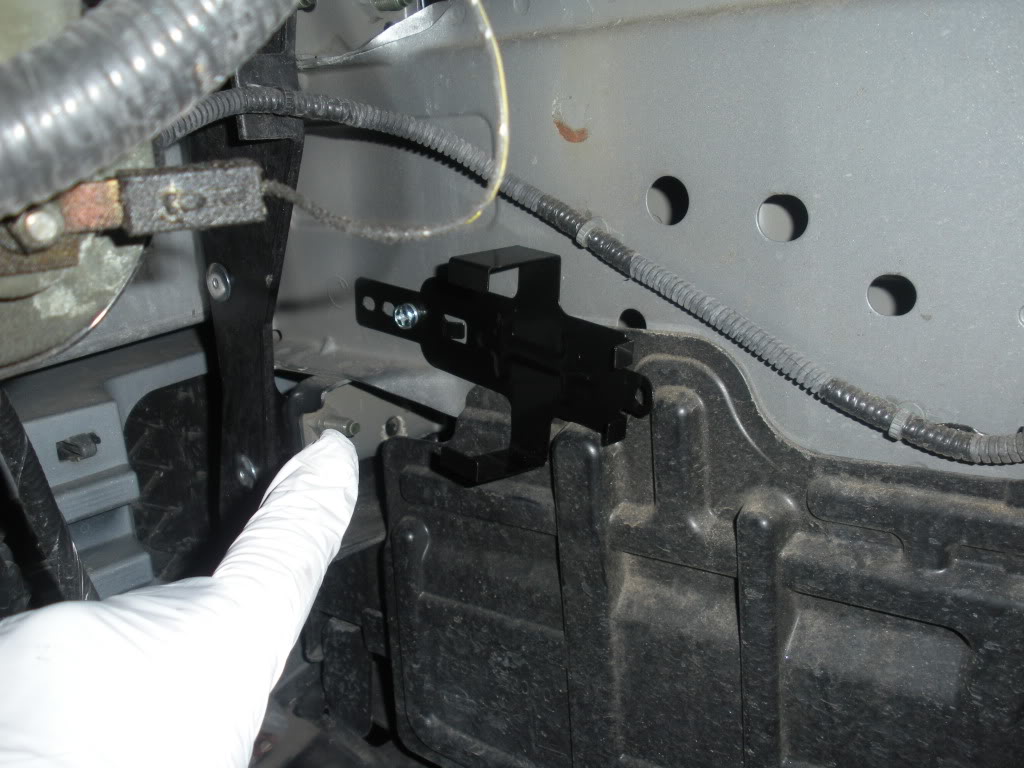 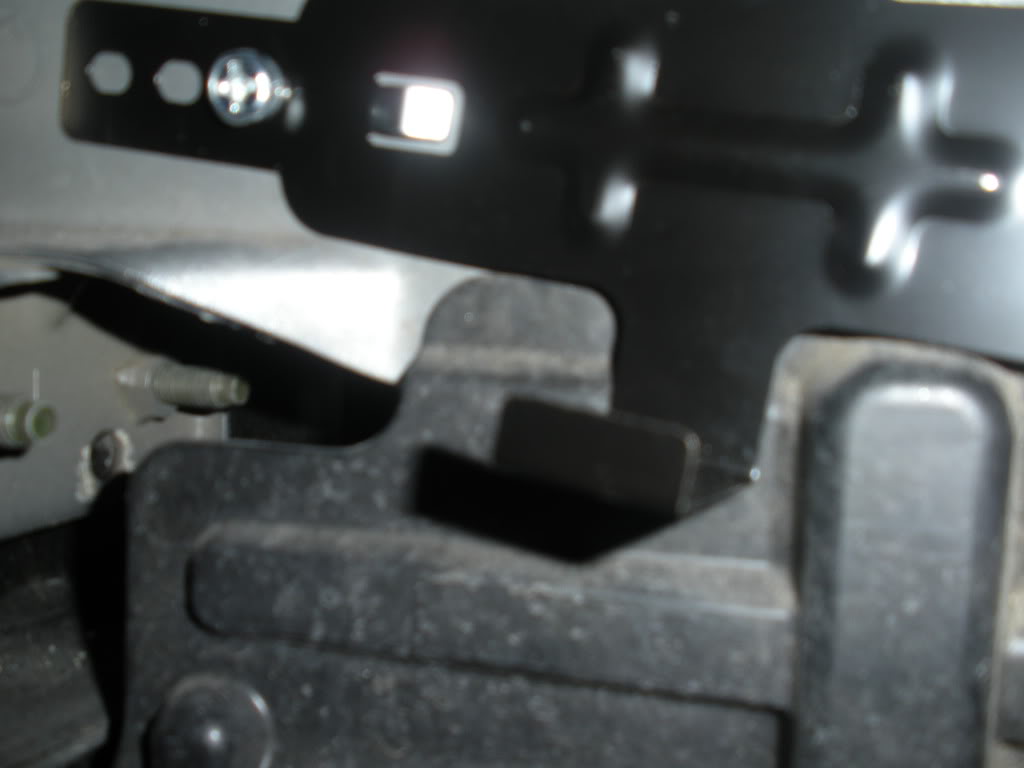 You can use screws and plastic ties. I used one of each. 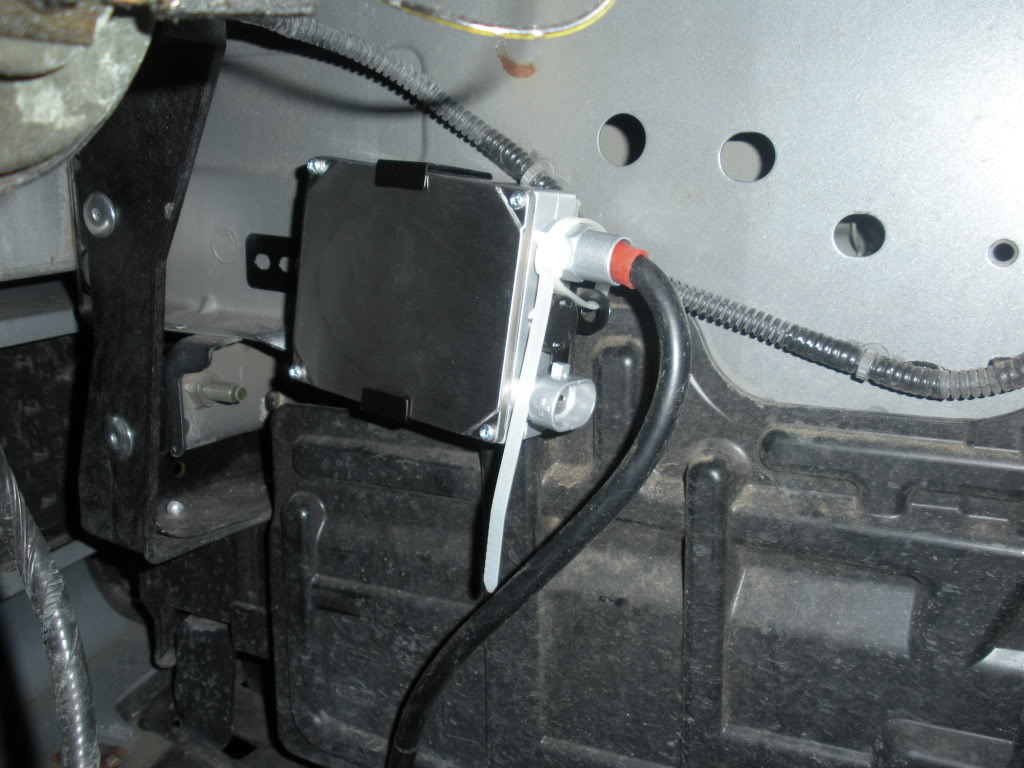 Now it is all plug and play from here! Put the new bulb in place first. Then connect all the cables. It is pretty self explanatory. The conversion kit comes with instructions. See final install below. 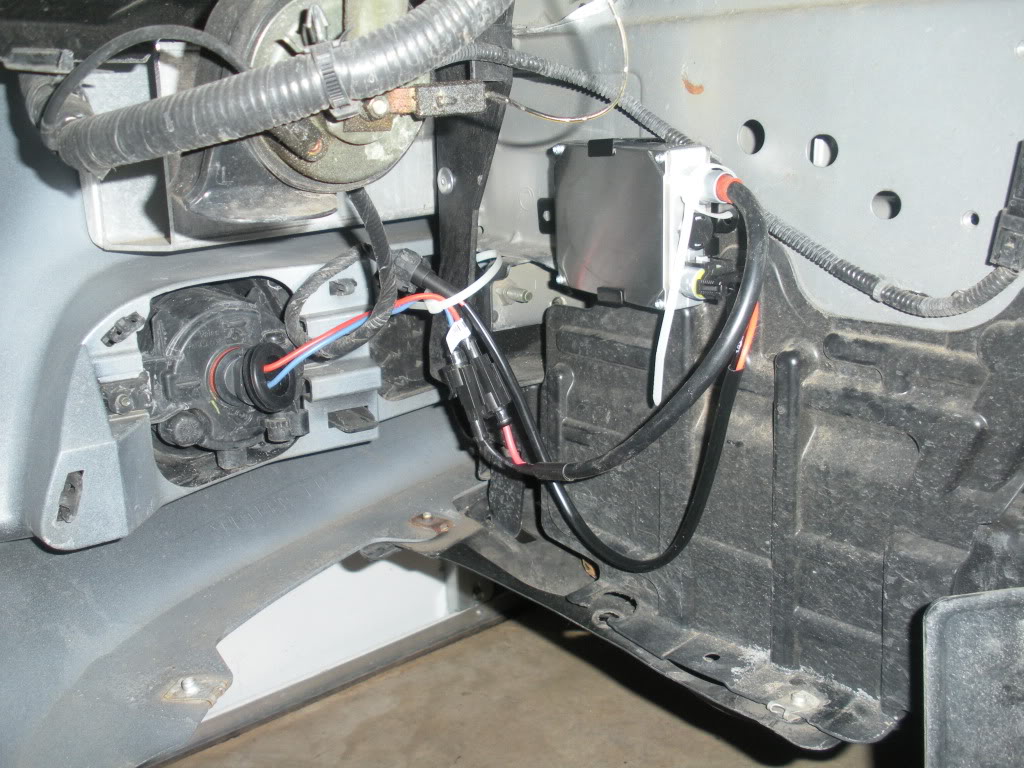 Now test everything before you have to put back on the fender protector. You may need to reverse polarity for the fogs, refer to the instructions provided in the conversion kit.

You can also access your side marking while you are in there. It may be worth just putting a new bulb in there. You have gone through all this effort, so why not. The bulb number is 2825. Just turn counter clockwise to release. 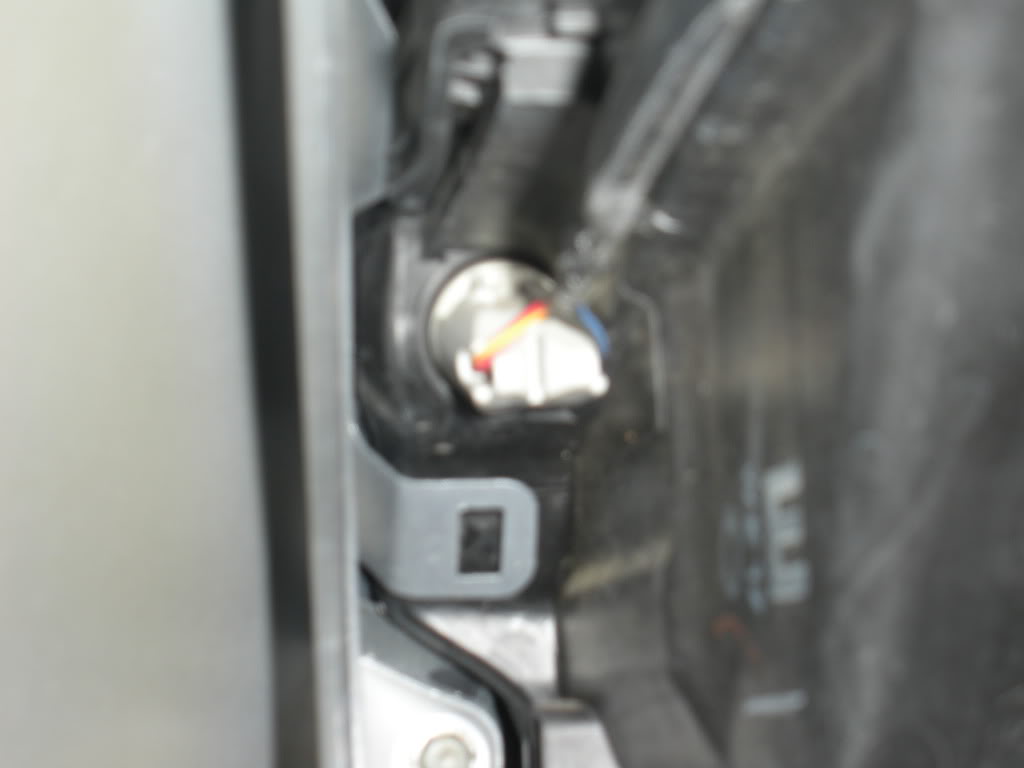 The final result and side by side comparison below: 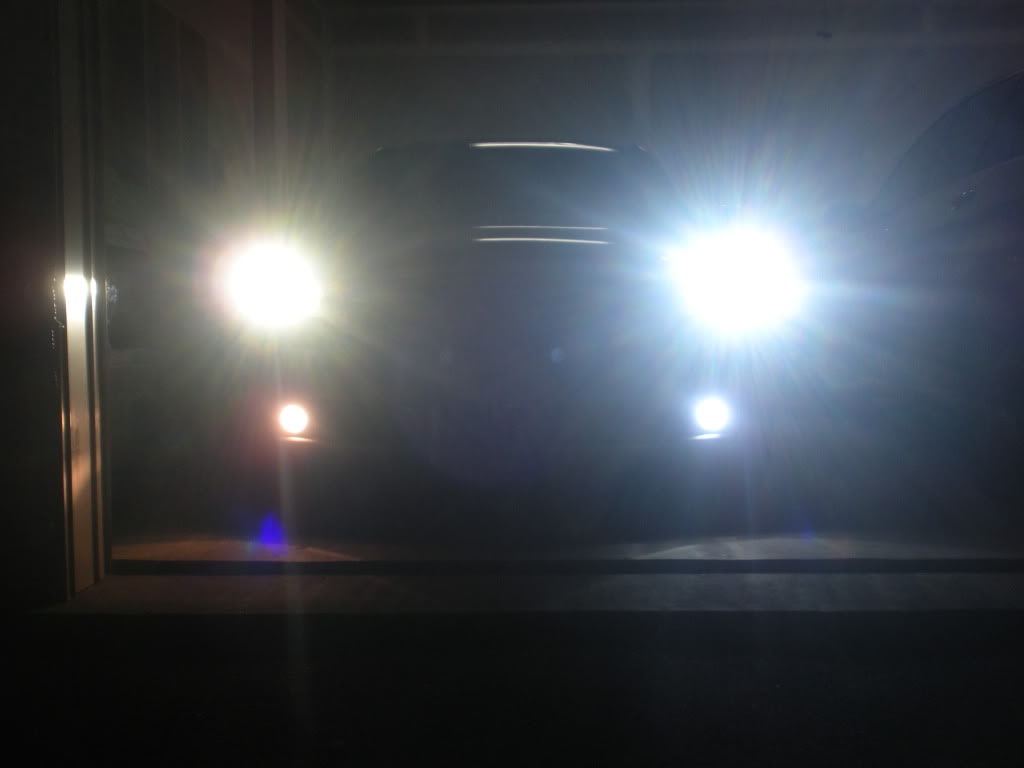