How to remove the radio in Infiniti J30
BY: Amadauss1

First of all, remove the gear shift knob because the shift cover has to come off. Once off, the rest was easy except for the top part of the plastic woodgrain cover on the top. Use a deep socket 12mm to get that nut off holding the shifter knob in place.

There are 2 screws at the bottom of the wood trim, which go through cream-colored plastic. Remove them.

Gently, carefully, start prying up on the wood. It has two nasty pawls at the top of its arc, above the AC controls cluster. Try to pull out without bending the wood. Your best bet is to use a plastic pry tool, available at Harbor Freight or AutoZone. 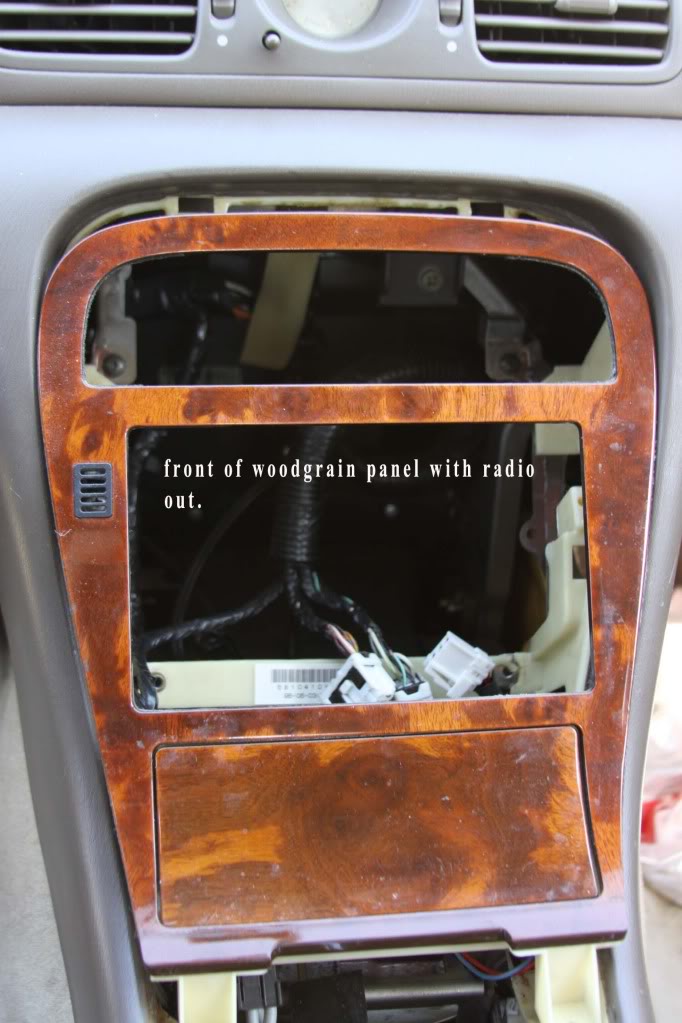 Once started, use a screwdriver or small prybar (got mine at autozone), boost those pawls out. In some models the clips can fall out but not the case on my 97. The clips were secured to the back of the panel as you can see on one of the pictures. If they do fall out, make sure you have some type of magnet needed if necessary to get them. 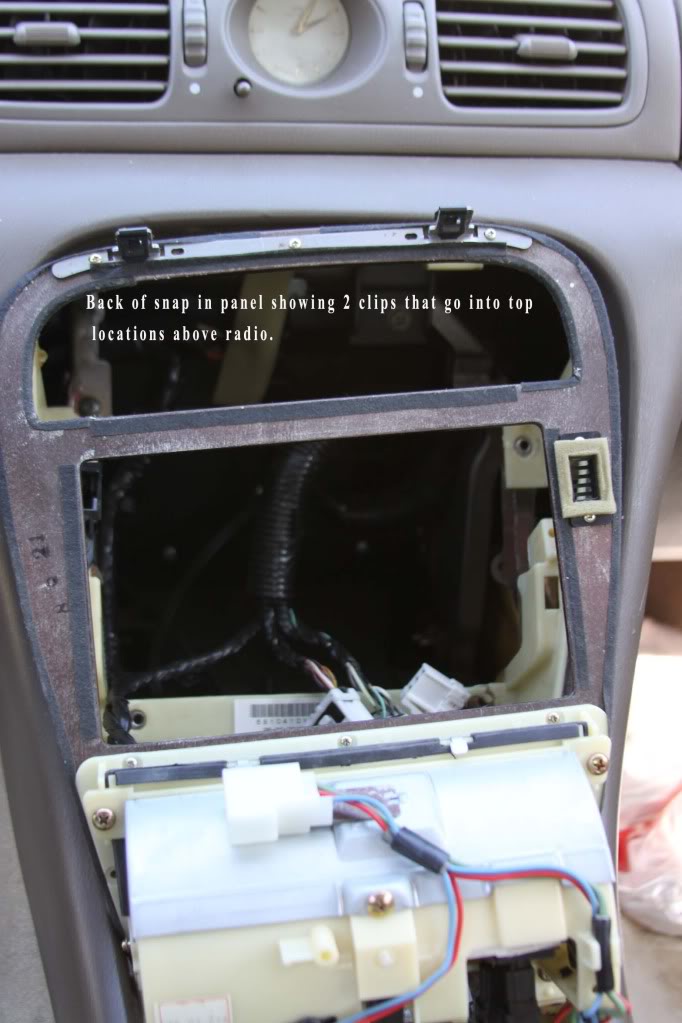 Unplug the ashtray harness, it has a push button on the side of it and the tray itself is secured to the whole piece that comes out. You may need a screwdriver to press on the button, as it’s small enough to gouge into most fingertips instead of just releasing.

Start pulling the rack toward you, and unplug the AC harness and stereo harnesses. These are also somewhat difficult depending on how long they have been there and if they have been removed in the past.

Take the AC/radio bracket assembly to your bench. YOU WILL PROBABLY NEED AN IMPACT DRIVER TO GET THE RADIO LOOSE, I used an electric drill with a good phillips head to make sure it locked in when I started to unscrew so it would not strip the screw. The factory screws will have attached themselves to the radio chassis with what is effectively about 20 foot-pounds, and a regular old Phillips screwdriver will probably not have enough grip to break them loose without ruining both the screwdriver and the screws. This cannot be stressed enough, you do not want to deform those screws. An impact driver kit is about $10 and either that or a good electrical drill held very tightly into the screws so as not to strip them will be all you need. 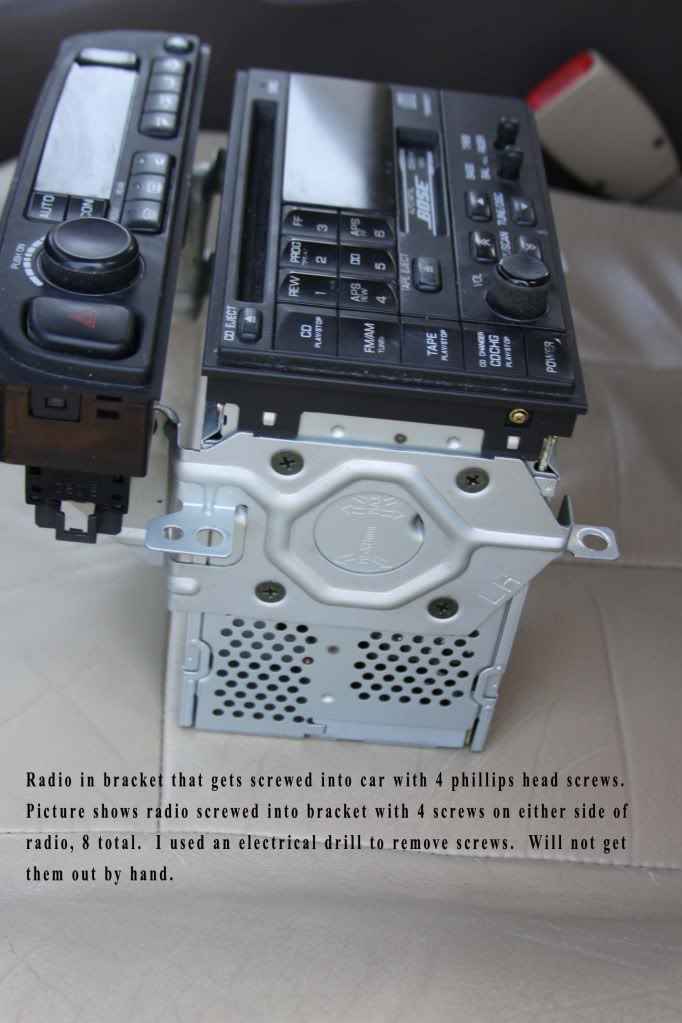 The BOSE mounts are countersunk, but they do fit ISO/DIN mounting points on normal stereo chassis. Use care with the AC cluster, it’s not something you want to manhandle and break.

Installation is pretty straightforward. You have a cavern of room behind the stock head unit. Take a look at the pics posted which show everything including and tagged the place were a mic is available for a cell phone that attaches to the car. 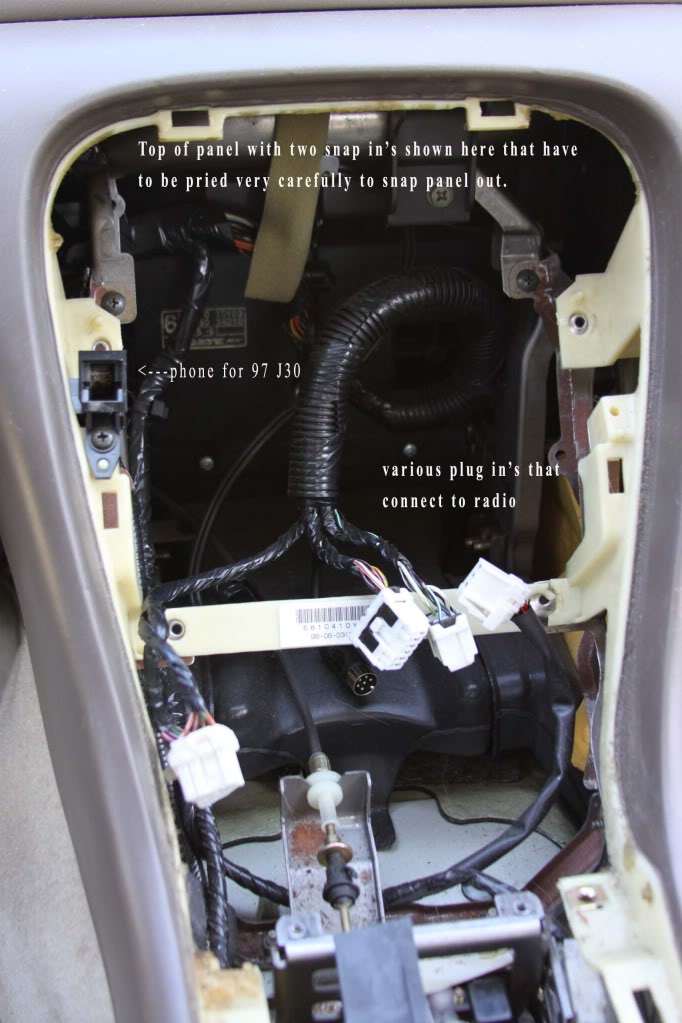 I hope this helps you guys out – If you have any questions or comments, you can post them here: How to remove the radio in your Infiniti J30