I was given the chance to review a product called Moto-Gate. It’s a mesh tailgate replacement, with adjustable tie-down style anchors at the four corners. While this may look similar to the “airgate” things we used to see in the 90’s, the Moto-Gate is of MUCH sturdier construction, and far more versatile. 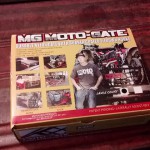 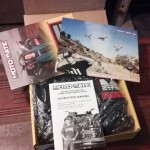 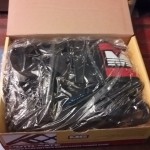 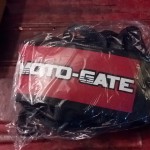 Moto-Gate was developed by Lance Coury, one of the top Freestyle Motocross riders in the world, who saw a clear need for a new product for hauling toys – and more, as you’ll see!

I have a 2006 crew cab Nissan Frontier with the short bed. Unlike some people, I actually use my pickup for what it was made for. There isn’t a week that goes by where I’m not hauling something. In the cooler months we ride our dirtbikes nearly every single weekend.

In the past we would just throw one tie-down across the back, and *hope* that nothing fell out on the drive out to the track or desert. Sometimes we’d use another tie-down around the gas can and aluminum stand, and anchor them at the front of the bed. Even so, I was always worried something might not make the trip. 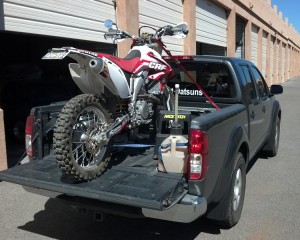 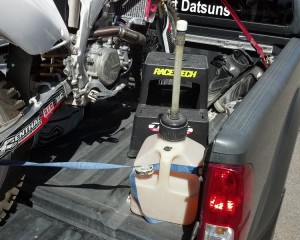 Now, it must be said that the Nissans DO come with a tailgate bed extender. It’s handy for certain things, but in reality I almost never use it. The reason being, is it has to be installed in the vertical position, and rotated down onto the tailgate. If you ride motorcycles a lot like I do, this presents a problem. You can’t install the Nissan bed extender with a motorcycle already in the bed, and obviously you can’t load a bike into the bed with the extender in place. Therefore, when riding our motorcycles every weekend, the Nissan unit is useless. I’ve owned my truck for 6 years now, and have probably used that thing twice.

The Moto-Gate solves that problem. The mesh construction conforms to the back motorcycle tire and whatever other gear you have in the back. There’s no need to tie anything down. We can set the gas can or our gear bag right against the Moto-Gate and not give things a second thought.

We piled the truck high with my CRF450X, gear bag, gas can, step, and boots, then drove out to the desert just to see how things would hold up. We were happy to see that nothing moved, and nothing fell out. So we were able to drive home without even thinking about what was in the back, or being worried about accelerating too fast and stuff falling out onto the road. 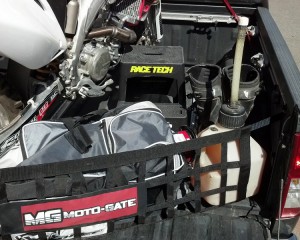 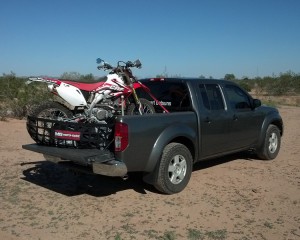 We also used it with one of our 4-wheelers and the required triple folding ramp. The Moto-Gate worked perfectly, holding in both the quad and being snug against the ramp. Like with the bike, previously we would have used just a tie down to hold the quad in. Having the Moto-Gate on gives you a LOT more peace of mind that it’s not going to roll out the back, bounce on the freeway, and go through someone’s windshield. 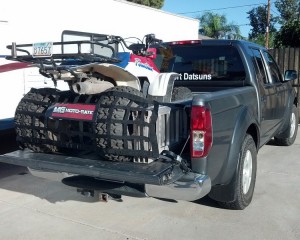 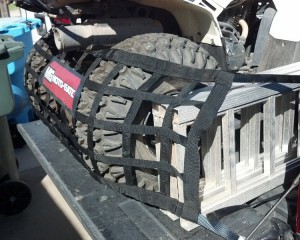 Within a couple days, we found another use for the Moto-Gate – We used it to move a bunch of boxes and junk from our house to our storage unit. As usual, it would have been just tie downs at the back, hoping nothing fell out along the way. The Moto-gate was great in the fact that not only did it hold everything in, but held it snug so that nothing moved. 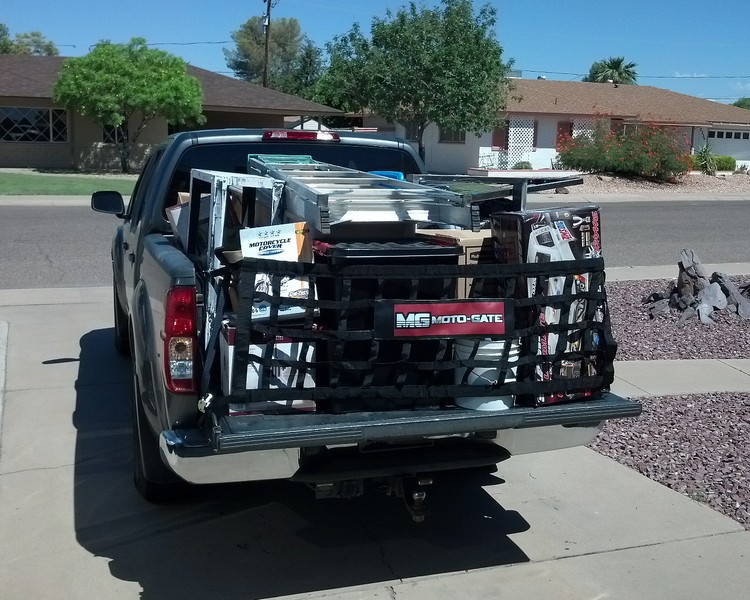 So after using it for a while, I love it. Really, I do. We’ll never just use the tie-down thing again, and the Nissan factory bed extender will likely be put in permanent storage.

There was only one issue I found with the Moto-Gate, and it wasn’t really a fault of itself, but rather of my 2006 Frontier. When hauling a lot of stuff that pushed the Moto-Gate towards the back of the tailgate, we could easily hook the bottom two hooks to the bumper just below the tail lights, which worked great. The problem arises when not hauling much, and the Moto-Gate is further towards the cab. The Nissan doesn’t have a good place on the bottom of the bed sides to use as an anchor. Nissan’s rail system works perfectly as anchor points on the top though. 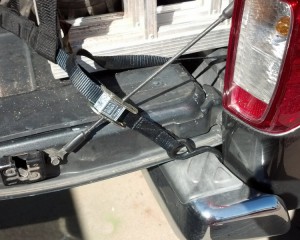 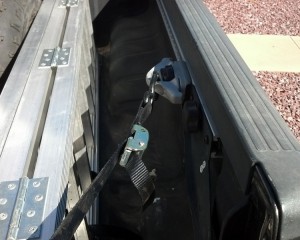 For my truck, because I like the Moto-Gate so much, we are going to add some anchor points to the bottom rear corners of the bed. I don’t mind doing a little extra work for a product that works so well for our needs!

Here’s the link to order one for yourself: Moto-Gate and the best part? It’s under $70! 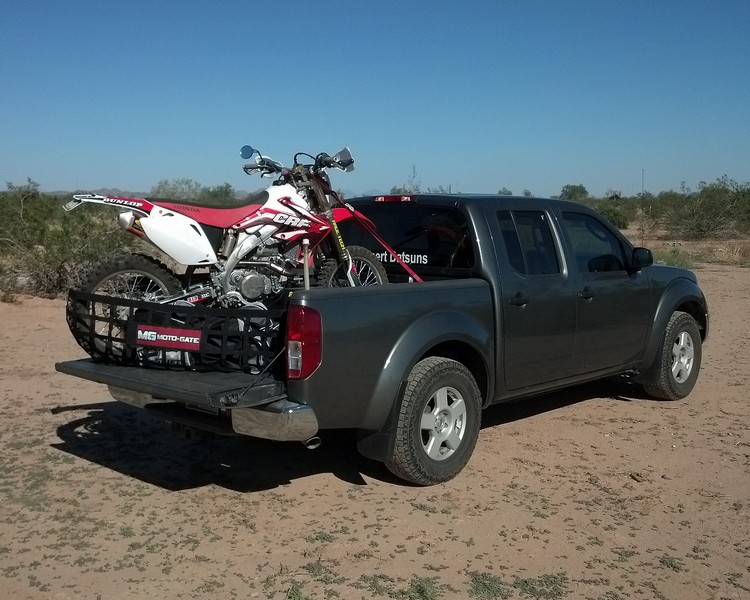 Whiteline Flatout Anchor Locks: Taking the Sway Out of Your Sway Bar