Kicking the new year off right, Nissan North America and NICOclub gave a lucky NICOclub member an expenses-paid trip to the 2014 North American International Auto Show in Detroit. The winner was front-and-center for Nissan’s American debut of the IDx concept cars, experiencing the first media preview day of the show, chatting with Nissan product experts about the vehicles, getting some great photos and serving as NICOclub’s press representative at the show.

All the winner had to do? Tell us the story about their Nissan 240sx.

When the deadline arrived and the judges made their decision, we reached out to NICOclub Member “Stev0n,” Stephen Meredith – Stephen was excited to say the least… this was to be his first trip anywhere on a plane!

If I had to describe the North American International Auto Show in Detroit in one word, it would be ‘overwhelming’. What an honor & great experience this was!

Walking in the front doors I saw a two-block-long, open-floor building crammed full of people. Executives in suits, press members looking borderline homeless, models in next to nothing, and cars… My God the cars! The first car I saw in the building after walking past the Joe Lewis statue was the DeLorean from the first Back To The Future movie… Restored to its original glory & brought up from Hollywood to display.

I could write an essay on all the cars, so I’ll stick with the reason I went – our brand, Nissan. The set they designed was spectacular. The first thing you notice at the Nissan booth is a display case full of Datsun/Nissan die cast cars from every generation. Just beyond that, up a few steps, the 2015 NISMO GTR beside an open bar (there was wine for days). Down a few steps was the stage, with the IDx FreeFlow on one side, the IDx NISMO on the other, & the new sports sedan concept in the middle – concealed beneath a sheet. 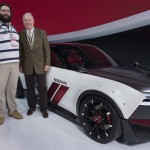 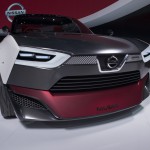 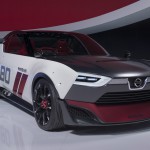 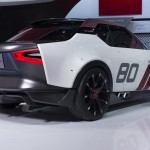 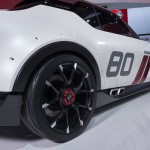 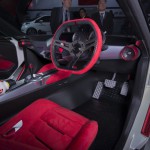 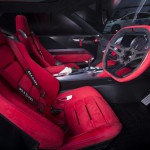 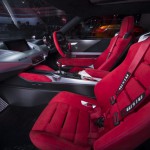 I was having so much fun, that I didn’t realize the lack of cell signal had ran the battery on my iphone completely dead. That is until I tried to use the voice recorder app to interview Pete Brock. It actually worked out pretty well, as it became more of a personal conversation that’s impossible to forget. For those of you who have been living under a rock, Pete Brock is the man who designed the C2 Corvette Stingray, the Shelby Daytona Coupe, & started BRE racing (focusing on Datsuns).

If you’ve seen a vintage Datsun with the red / blue stripes behind the front wheel, that’s a BRE thing – in fact, NICOclub pays homage to the design in their logo. 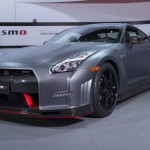 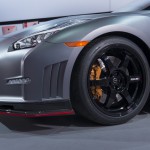 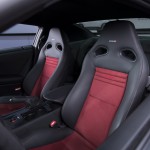 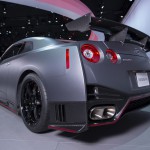 I sat down with Mr. Brock and simply asked him to just tell me his story, and this is how it went.

Peter Brock: As a teen, I wanted to be a driver. But in the 50’s, you had to be 21 to get your SCCA license. I knew I had to get into the industry somehow, so at 19, I left California for Michigan and got a job with GM. It was here I made a sketch that became the second generation Corvette. I also helped develop the “Stingray Racer”. It’s funny, the car I designed wasn’t even put into production until after I was gone. The politicking that went on behind the scenes was too much for me, and I left after two years.

Now that I was old enough to drive, I went back to California & took a job with Carroll Shelby at his driving school. What an amazing man he was! I had a great time with him & helped him develop the Daytona Coupe, a car I’m really proud of. I decided I wanted to work for myself. Around this time, I met Mr. K(atayama). We developed a great business relationship and I started Brock Racing Enterprises, driving 240Z’s. We quickly learned two things – The L-series motors were highly underestimated and the 240Z’s were already so popular, they were becoming harder to get because of demand. I talked with Mr. K & told him I would like to use the 510’s as they were cheaper and I felt the 4-cylinders had a lot of potential. The rest is history.

ME: What was your favorite part or era of your career working in the auto industry?

Peter Brock: Mr. K and Nissan/Datsun – Hands down. It’s the highlight of my career. He is a people person, an all-around great personal guy. We went to Japan this year & saw him for his 104th birthday. He was also a revolutionary, so far beyond his time. He understood it was about what the people wanted, that the voices of the consumers were important. This was the complete opposite of GM, where, when I worked there, they would say their motto was “We don’t make cars, we make money”.

ME: What is your opinion on the drastic change in cars over the last 50 or so years, from the composites used to make the bodies, to the electronics, to engines?

Peter Brock: It’s a completely different era. Back then we didn’t have to worry about gas mileage. It was big heavy cars with big heavy engines going as fast as you could go. The EPA killed that era. Most vehicles are plastic now, but that helps with gas mileage. And the engines now are so advanced, it’s amazing how far the development has come.

Peter Brock: IDx! I love the 510, but the IDx is just a newer, better, advanced version. I wish I had the IDx back in the 70’s. Stability & traction control, among other things, would’ve changed everything. 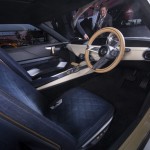 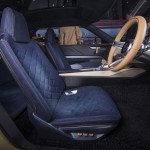 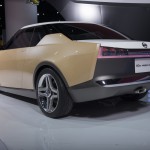 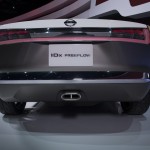 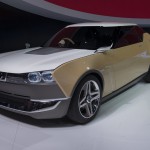 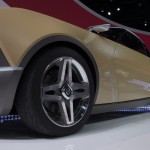 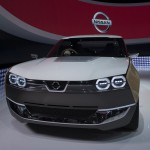 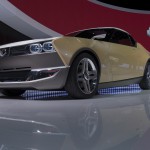 At this point, we both went off on a tangent, as an old friend of his who runs the Concours de’Elegance Amelia in Florida came over & joined in the conversation. They found out I grew up down the road from the Corvette plant and museum, and the focus stayed there until I had to leave to meet the photographer.

I’m going to end this article by saying the Detroit Auto Show is something every car guy should experience at least once in his life.

Here is a link to another full album of pictures I took.

I hope you enjoyed my coverage of the show – See you on the forums!
Stev0n