We do a lot of product reviews for our readers here at NICOclub, and usually, it’s for a product that people are considering, but it’s a big purchase – You’d like to know if it’s good, before you drop a lot of money, right?

Well, this isn’t one of those reviews. This is actually a pretty mundane product review – for something EVERY vehicle should be equipped with.

As you guys know, we have several classic Datsuns in the fleet, and a few daily drivers… plus the NICOclub Tow Vehicle (because Datsuns break down), and three teens with cars of their own. As such, we needed to have a set of jumper cables in EVERY car.

Of course, they always seem to go missing – someone borrows them, or you leave them in the garage, or they wind up in someone else’s trunk… and then you – a car guy or gal – are unprepared. NOT cool.

In an example of PERFECT timing, I had a company reach out to us last week, asking if we’d do a review of the Swift Start Jumper Cables, so I figured you guys would like to check it out as well. 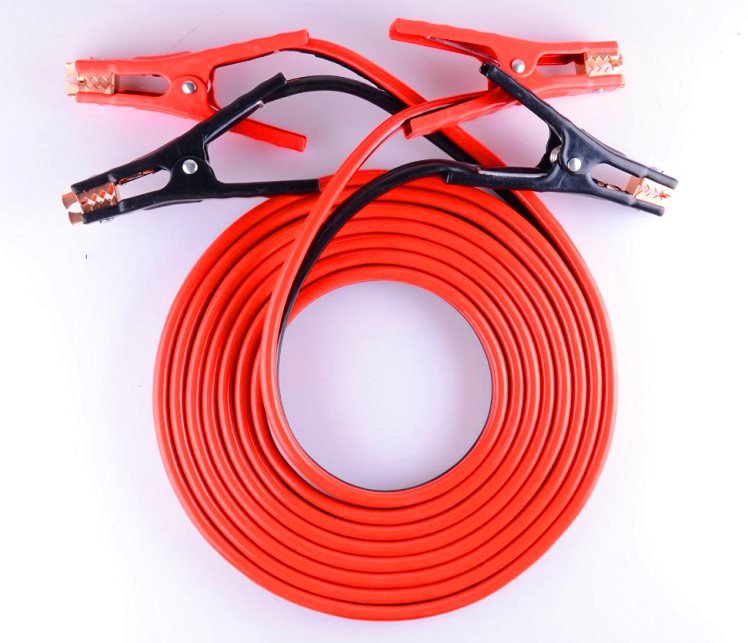 Initial inspection: The cables came packaged neatly in a heavy vinyl carrying case – and unlike the cheap cables you get at Wal-Mart, these actually will go BACK into the case when you’re done! Very nice. They’re 16 feet long, which means you can jump-start a car that’s parked behind you (or, you can pull in behind the car you’re jump-starting). Also very nice.

Packaged in the carrying case was a free flashlight – Now, this isn’t a 6-cell LED Maglite, but it’s a good compact light that’ll come in handy if you need to hook up a jump-start in the dark – and the batteries were included! Very thoughtful touch. 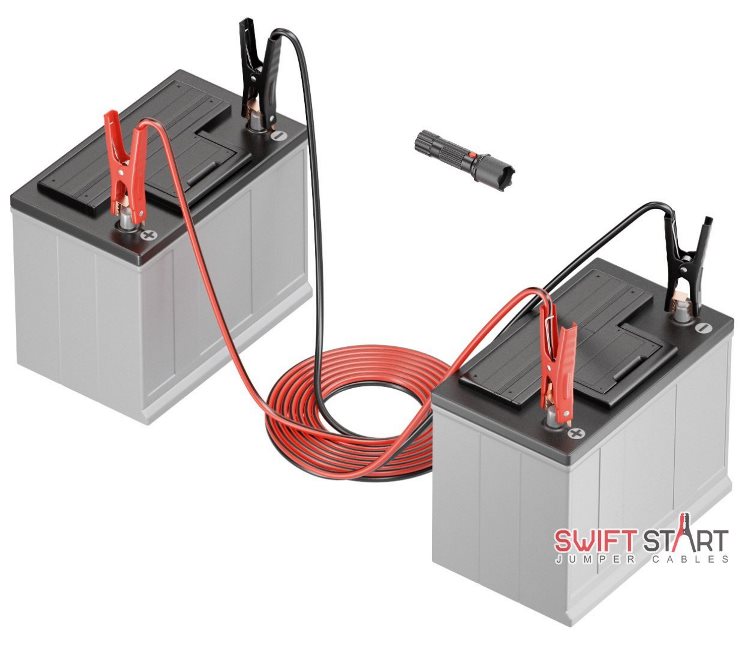 Unlike the cheap store-bought cables, these are a full 6-gauge cable, which means they’re heavy-duty and will carry plenty of current without getting hot. I’ve had other heavy-duty cables that were hard to coil up, and were harder to straighten out – these are super-flexible. The insulated clamps are beefy and the spring tension is just right – not too hard, not too loose. They’re set up to work on side-post battery terminals, too. 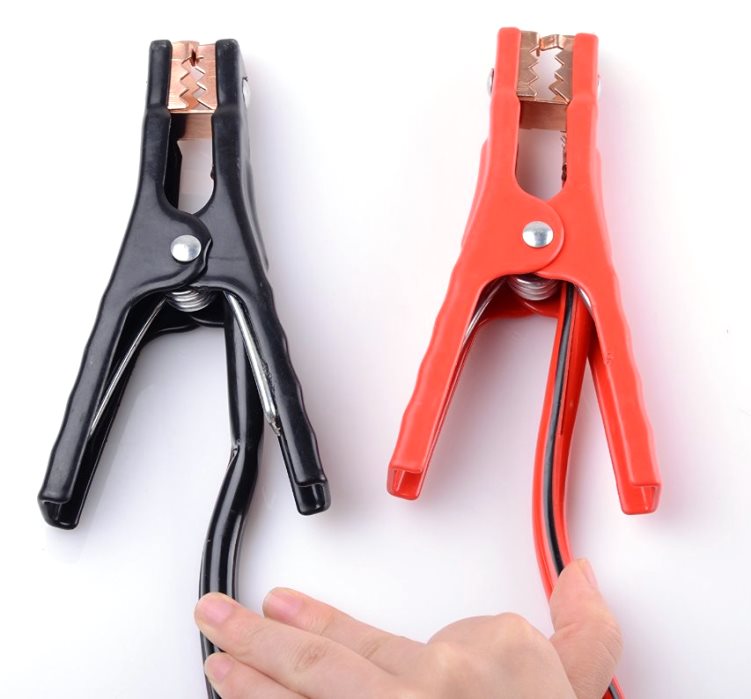 I actually got a unintended chance to use them this morning. In moving a non-running project car to our new shop, the battery that powers the winch on my trailer died – with the car half-way up the ramps. NOT a good place to be.

I remembered I had the cables in the truck… Now was as good a time as any to give them a test! Unzipped the package, uncoiled the cables, hooked them up to the dead battery, connected to the truck battery, and we were in business! 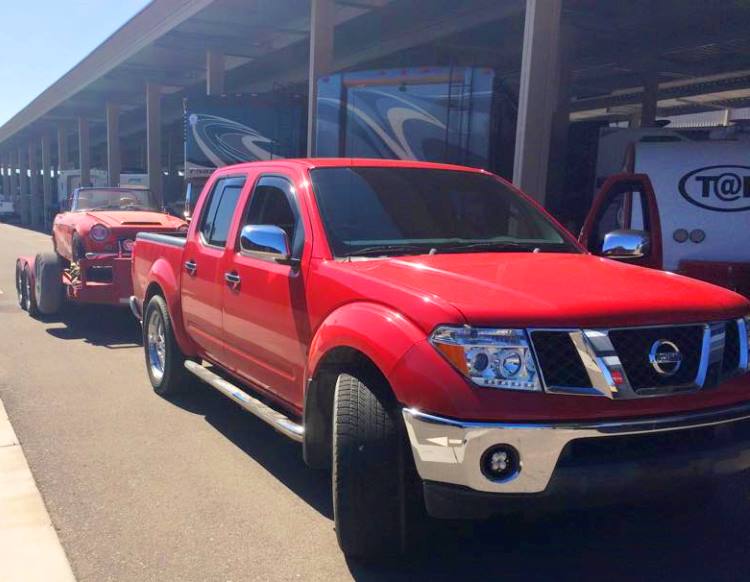 Thanks for reading, and don’t be the person standing around in a parking lot hoping someone ELSE has a set of cables!

When Should You Replace Your Vehicle’s Timing Belt?