…Q: Why do Yugos have rear window defrosters?
…A: So your hands can stay warm while you push it.

No, that’s not another lame entry to NICO’s Official Joke Thread– it’s a sarcastically descriptive statement about one of the worst cars ever made, the Yugo GV. You may remember the car as the one Bruce Willis commandeered at gunpoint in “Die Hard 2”, the car that Samuel L Jackson left the gold bar in. 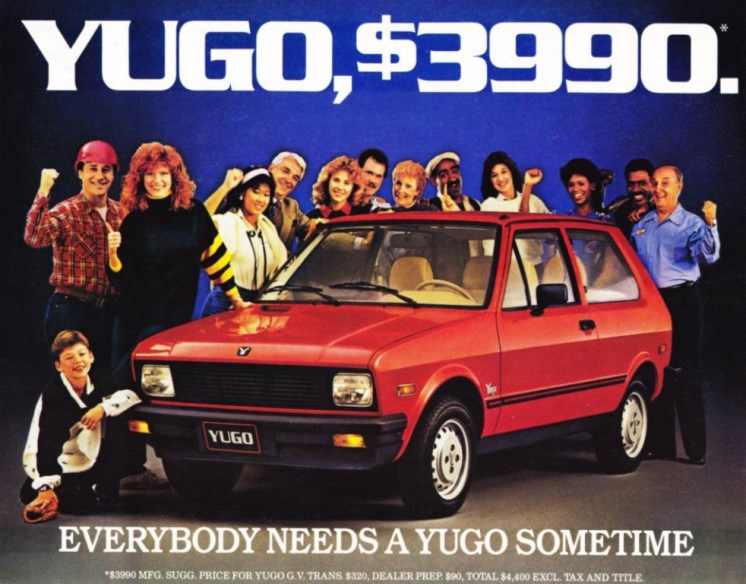 Their quality was that of crap, their reliability was a rumor. Their motors usually burst at about 15,000 miles and on quiet evenings you could hear them rust. They are universally regarded as one of the worst automobile-like substances ever made. People who bought them –if you can even force them to admit it– are famous for giving definition to the word “sucker”, or possibly “fool”.

I just read that the car has finally gone out of production and has entered the same automotive graveyard as the Pontiac Aztec and the Chevy Vega, to mention just a couple of other authentic POS’s. I really did NOT know that this piece of junk had survived into the 21st Century until I read the article. I thought the word got out on Yugos at LEAST twenty years ago.

Pride if the Yugoslavian industrial might, the Yugo was introduced to the US in 1986. A badge-engineered copy of a FIAT and meant to be a cheap and economical alternative to cheap and well-built Japanese gas-sippers, the Yugo was an underpowered two-box four banger hatchback POS that sold new for $3,995 at a time when most of the truly “cheap” cars were approaching the $7,000/$8000 price point. The “GV” part of the car’s name stood for “Great Value”. Really.

And before you think that I’m slinging critical poo and being mean by writing nasty things about some stupid car I just don’t like, I’ll make my disclaimer now by stating that, yes, I actually piled up some miles in a Yugo–you could even say that I OWNED one. (I’LL never say it, but you can).

In 1988, in Naples Florida, myself and a couple partners opened a small used car lot–a “Buy Here/Pay Here” enterprise that lasted about two years. One day, while we were at an car auction trying to build up our inventory by stuffing our lot with a few quick-sale “cheapos”, a used Yugo came up for bid. A 2-year old, low-mile example, it garnered exactly zero interest among the bidders, so as an ironic joke we bid $250 and wound up owning the thing. Two-fifty for a un-wrecked, still-running 2-year old car was a story in itself, something that we could tell our kids and our competition about for a cheap laugh. After we bought it we all sort of looked accusingly at each other and silently blamed one another for collectively squandering company money, it was THAT bad of a purchase. 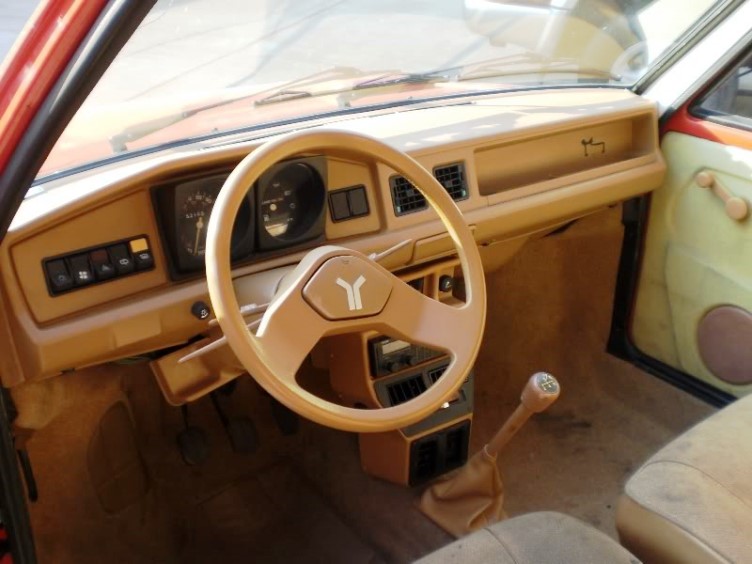 We towed the Yugo (although it was actually running when we bid on it, it was stone dead when we went to collect it) back to our dealership and began detailing and repairing it for the sales line when we discovered that the car smelled like a fish-kill–its prior owner was a commercial fisherman who used the hatch for transporting his catch. The door panels were cardboard; the window shattered when we slammed the door, the carpets seemed to be made of the same elements as the door panels. The floor of the car would crump and flex like a oilcan. The passenger’s seat collapsed backward when my partner carelessly sat in it. The shifter came off in my hand and the motor burned copious volumes of oil and it fogged up our garage anytime we started it indoors. We each would refuse to accompany a customer on any test drive. This was a TWO YEAR old car!!! And despite pricing it at $999 as a “Back to School Special” we had little luck selling it.

Instead, we used it as a pickup car for collecting parts or running down to the store for a corporate twelve pack, and despite putting several hundred dollars into it to keep it running it ALWAYS broke down on us, often just dying on the spot at traffic lights then refusing to start no matter what we did to it. 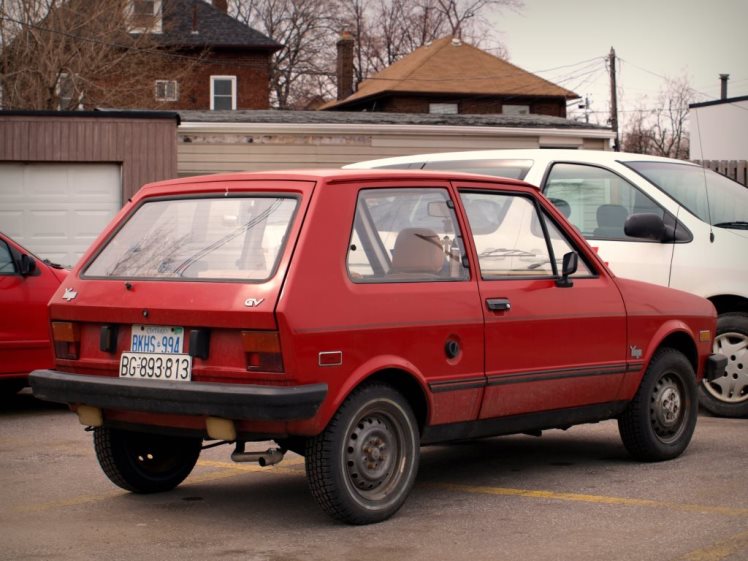 Ultimately we sold it for a no-profit $600 to a Mexican Collective, three migrant farm workers who pooled their money and drove away in it never to be seen again. The reason we never saw them again was because one day they found themselves with a fishy, non-running Yugo and they were unable to bring it back to us to complain.

Zastawa Yugo, the Serbian parent company, somehow manufactured 800,000 of these mistakes and sold them all over Eastern Europe as an alternative to the miserable, cardboard-bodied Trabant. They were banned from the USA in the early ’90s, part of the boycott of Yugoslav goods stemming from the Serb “ethnic cleansing” experiment, but were sold in Third World places like Afghanistan and Lybia, proving that there are true suckers everywhere…

You may ask yourself “When is the LAST time I saw a Yugo”??? You probably won’t answer yourself.

…Q: What do you call shock absorbers in a Yugo?
…A: The passengers.

Only Guy to Call me Dude