The previous iteration of the 510 had some issues that most people wouldn’t notice, but I knew about them. Considering I had done some welding on the firewall, the carpet and sound deadening had to be removed. The previous owner had an upholstery shop do the carpet, and it wasn’t great. Lots of poor fitment, lots of glue, and no way to remove it if something needed to be done underneath. So, the carpet went away, and a new replacement kit was ordered.

First, the E30 seats were badly in need of refurbishment. The rear seat had been done a few years back, but the upholstery shop owner passed away in the interim, so my front seats were still crunchy old BMW vinyl. Finding a new shop that could recover them, while matching the texture, color and grain of the rear seats, was a challenge. As a side note: If you want to get into an aspect of restoration, learn to do upholstery – Holy crap, it’s expensive. 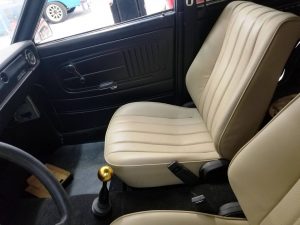 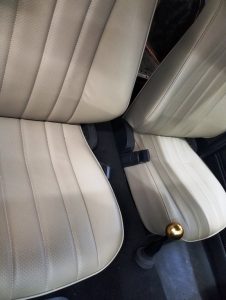 Also, the seat rails were always a problem. The stamped steel brace that runs across the floor places the front of the seats too high. However, it’s a critical part of the car’s structure, so you can’t simply cut it out. Instead, I leveled the car on jackstands, using shims to ensure it wasn’t twisting or placing too much weight on any one corner. The spot welds were drilled out and the bracing was removed. Old ugliness out:

4″ plate was laid down where the original bracing was. 1″ x 2″ thick walled steel tubing was notched and shaped to conform perfectly to the original shape of the floor pan, and welded in place. This would be far stronger than the old stamped steel pieces, and would allow the seats to be mounted perfectly and not interfere with adjustment. Seam sealer, followed by fresh chassis paint, would ensure the new metal stays fresh for decades. 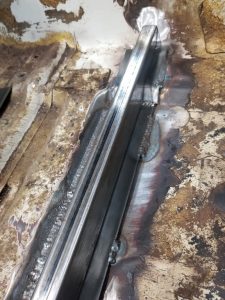 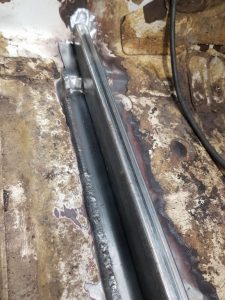 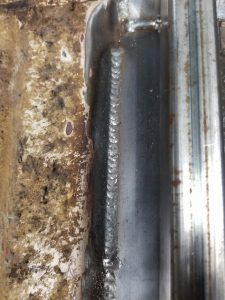 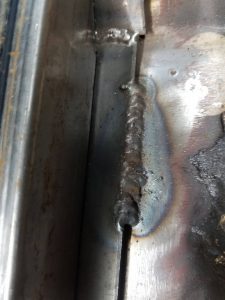 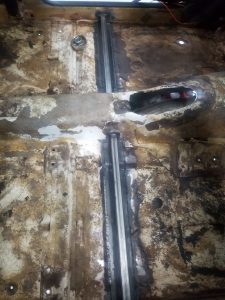 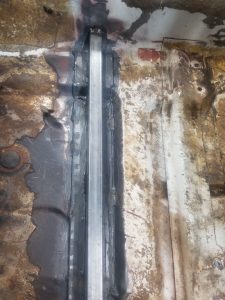 The pedals were always too close together for my big goofy feet, and the old floor-mount accelerator wouldn’t work for a throttle cable. The pedal box had to come out anyway, so it got modified. A fresh coat of gloss black powder, new bushings and pins, greased and ready to reinstall – much better. 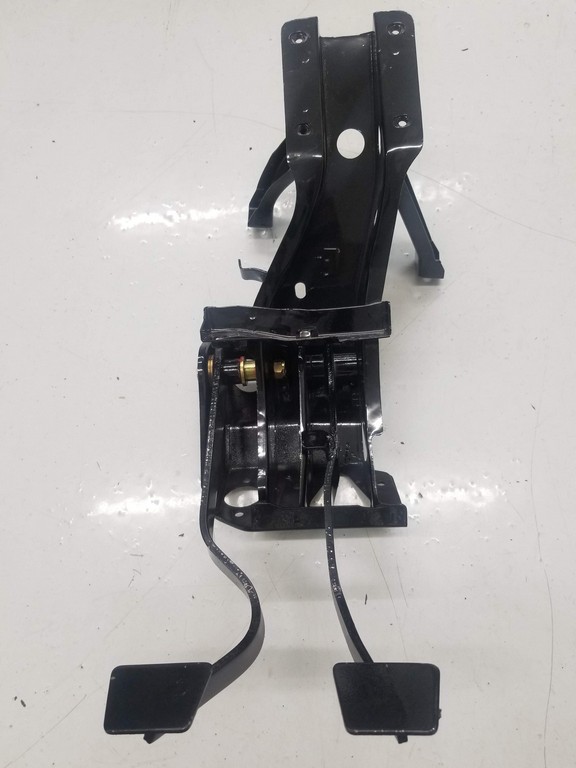 Obviously, the shifter would be in a little bit different location with the new engine and trans (and crossmember). My measurements indicated it’d be pretty close to the original location, but there’s a lot of variables. Since the trans tunnel had been modified by the previous owner, and I modded it again for the close-ratio 5speed, it had seen better days. So, I decided to weld it completely closed, until I could get an actual measurement with the engine and trans and crossmember all assembled. I’m glad I didn’t put a lot of time into it, because later, it all came back out. 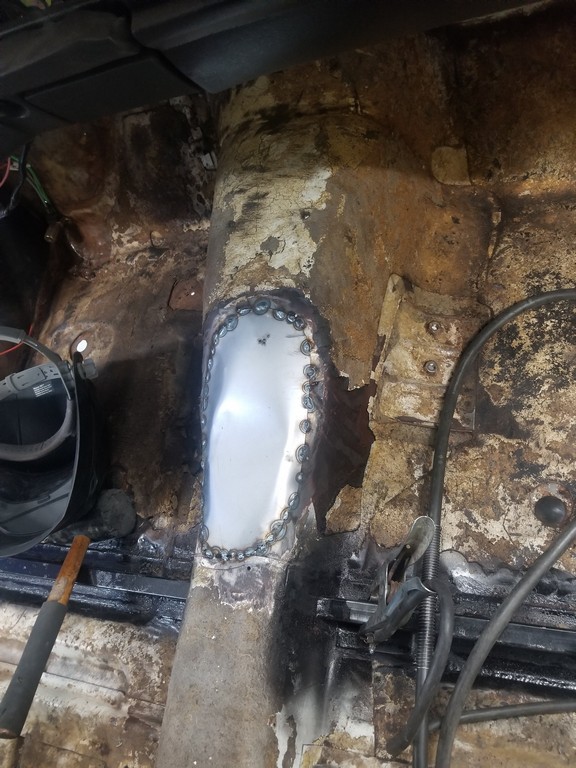 After test-fitting, I wound up reshaping the trans tunnel to accommodate the taller trans and shifter assembly, and the entire floor got the wire wheel treatment, a coat of primer, and sound deadening. 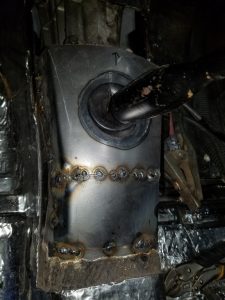 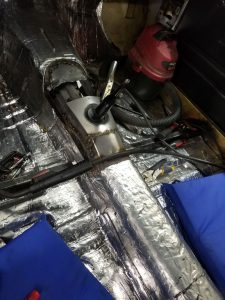 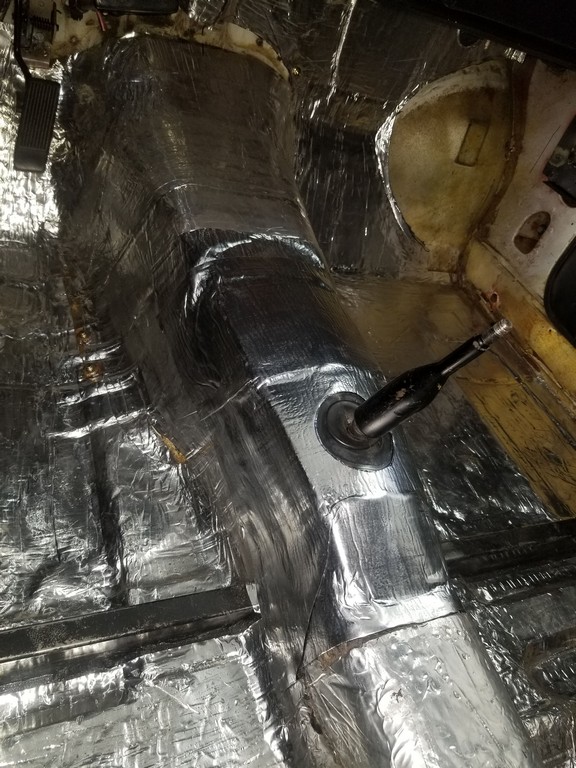 OK, we’ve had a week of working on the interior, and I’ve finally assembled another pile of parts for the engine – let’s get back to it: 510 Restoration Redux Part 5