What Does That Number on the Pump Really Mean?

In the automotive world, there are many common myths, which are repeated so many times that, after a while, they eventually transform themselves into ‘facts.’ Unsurprisingly, many of these ‘facts’ have to do with gasoline, whether they be regarding fuel mileage, power possibilities or some other arcane aspect of the internal combustion engine. Gasoline can be a confusing topic, and it is easy to make assumptions about it that may seem logical, but which on closer examination, turn out not to be true. A perfect example of this practice can be seen with octane ratings.

What are octane ratings? Simply put, when you pull into the gas station and are presented with the array of different fuel grades that you can pump into your car, the numbers written above each button or nozzle indicate that particular grade’s octane rating. Typically, the range will run from 87 octane on up to 93 octane.

In the world of automobiles, it is tempting to associate higher numbers with higher quality. After all, more horsepower and more miles per gallon are a better thing, which feeds into our perception that more impressive octane ratings also equal higher performance. Gasoline companies understand this mentality and do nothing to dissuade drivers from it, labeling 87 octane gas ‘Regular,’ and 91 or 93 octane ‘Super’ in an attempt to reinforce this way of thinking. After all, since ‘Super’ is priced higher than ‘Regular,’ it’s in their best interest to convince as many people as they can that paying a bit extra means getting better quality gas.

Unfortunately, this is where the myth of what gasoline’s octane rating really means creeps into the picture. Time and again, people will be told that high octane fuel burns cleaner or more completely, and that it will give them extra power and better fuel mileage than Regular octane gasoline because it contains more ‘energy.’ These blanket statements are simply not true. In fact, the octane rating for gasoline has nothing to do with the amount of power locked inside of it – it actually relates to just how much a fuel can be compressed before igniting. The higher the number, the less likely it is to ignite under pressure.

Why would anyone want to produce a fuel that was actually harder to ignite once inside an engine? To understand the role that octane ratings and ignition pressures play in a motor, it helps to be familiar with the term ‘knock.’ Essentially, when gasoline is sprayed into a cylinder by a fuel injector and mixed with oxygen, engine designers expect it to remain there in vapor form until it is time for the sparkplug to light it up, causing the explosion that drives the piston down to generate horsepower. The timing of this explosion is critical, as gasoline that ignites too early causes ‘knock,’ which reduces engine output and efficiency and which, in worst-case scenarios, can actually physically damage an engine.

In most engines, knock is rarely an issue because the compression ratio – that is, the pressure that the air/fuel mixture is put under in the cylinder – is low enough that Regular gasoline’s octane rating is sufficient. There is absolutely no benefit to running Premium fuel in a standard motor, since it will never be able to take advantage of that gasoline’s higher knock resistance. However, more aggressive engine management schemes, especially those found in turbocharged or supercharged vehicles, can turn up the compression to a high level, requiring much higher octane gasoline to avoid knock.

How can you know whether your car actually requires Super gasoline or whether it can get by on Regular? Almost every vehicle will list the octane rating necessary to run it safely inside the owner’s manual. Some luxury or sportscars might even place a small reminder on the gas gauge itself stating ‘Premium Unleaded fuel only’ to make sure you don’t forget.

To wrap things up: no, you won’t see a power or fuel efficiency increase by running high octane fuel in an engine that has been tuned and designed for Regular gas, nor will doing so perform any extra ‘cleaning’ inside the motor. On the flip side, running low octane fuel in an engine built for Premium can increase the risk of engine damage and will certainly impact that unit’s overall performance. The next time someone tries to pass these myths off on you, you can try explaining to them how octane ratings really work – or you can just smile and nod, pay for your gas and move on. 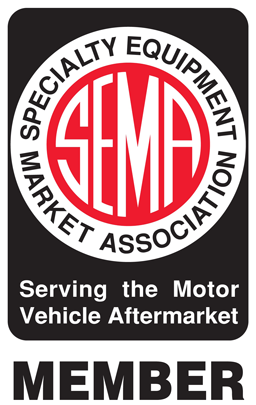