You are going to be using the RB Power steering pump mounting bracket, the bracket that actually holds the pump to the block. It needs no modification.

I used a rubber mallet to gently persuade the KA pump into the mounting bracket, so you may have to do the same. There is a bushing in the mounting hole that will be pushed in or out as needed so using the mallet won’t hurt anything if done correctly.

Once the pump is in the bracket you get to the only part that really needs to be modded, the adjustment bracket. And you have two options here, I’ll try to show both but only have pics of the one I chose.

Here is the bracket comparison: 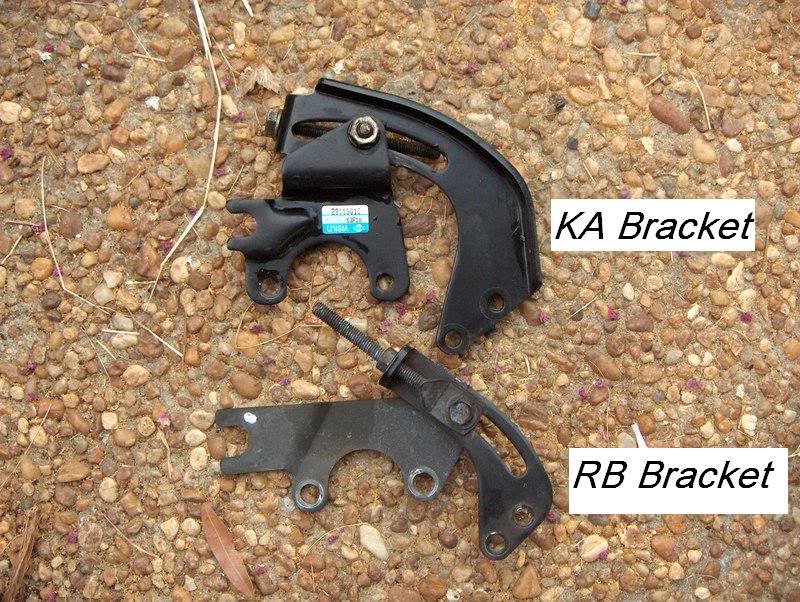 Option 1: = modifying the RB adjuster bracket to work on the KA pump (must be done if you have A/C , as the KA bracket will hit the A/C Compressor pulley)

In this pic the bottom bracket is the RB and it is the one being modified. You need to cut/grind where the red lines are. The inner diameter of the “U” just barely doesn’t fit over the KA pump so it needs to be ground out. I used a “spur bit” ($3 at any hardware store), and an electric drill, took 5 mins. Bolt the two brackets together and grind until you see no lip. Then hack/cut off the tab above the red line (you are trying to make the bottom bracket resemble the top). 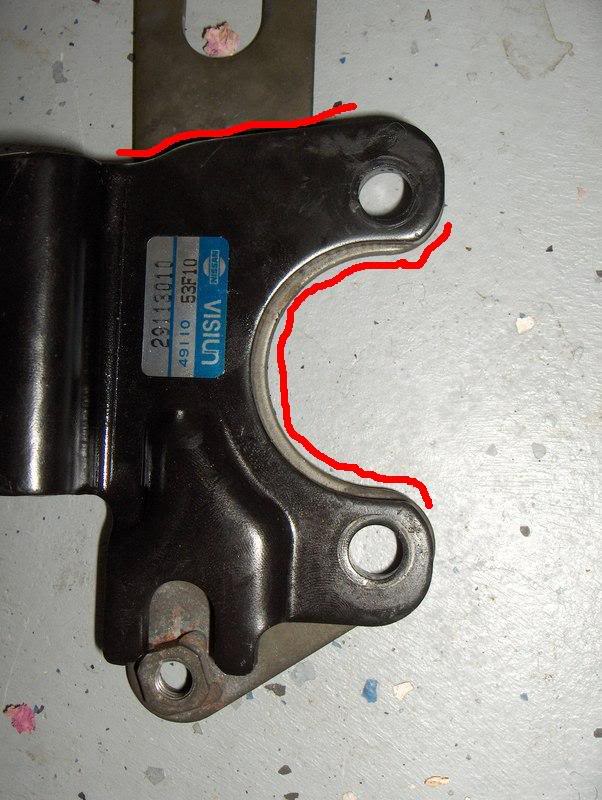 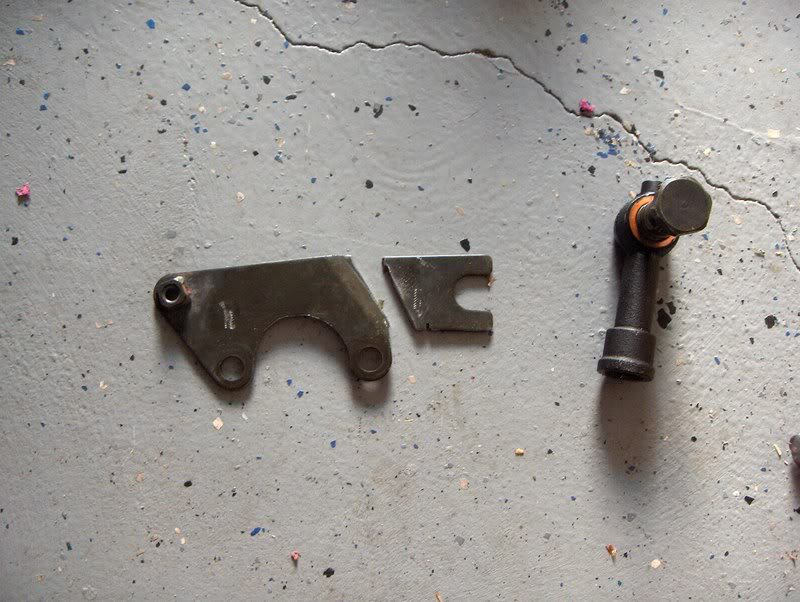 And you are done! I can’t find the “after pic” but you bolt the adjuster back together and back on the pump and you are ready to go.

Pay attention when bolting the newly modified bracket back on, keep all the bolts loose until you get the bracket in a position where it can slide up and down the adjusting slot. I noticed I bolted it all up in a hurry and the bump was barely getting hung up in the “sliding groove” but was easily fixed by paying attention, just test the sliding action in your hands before bolting it up.

if done correctly the pulley lines up perfectly with the stock RB25 crank and just requires a larger belt. I went to several places before finding the correct length. Ended up at Napa, here’s a pic of the Gates belt so you know which one to pick up. 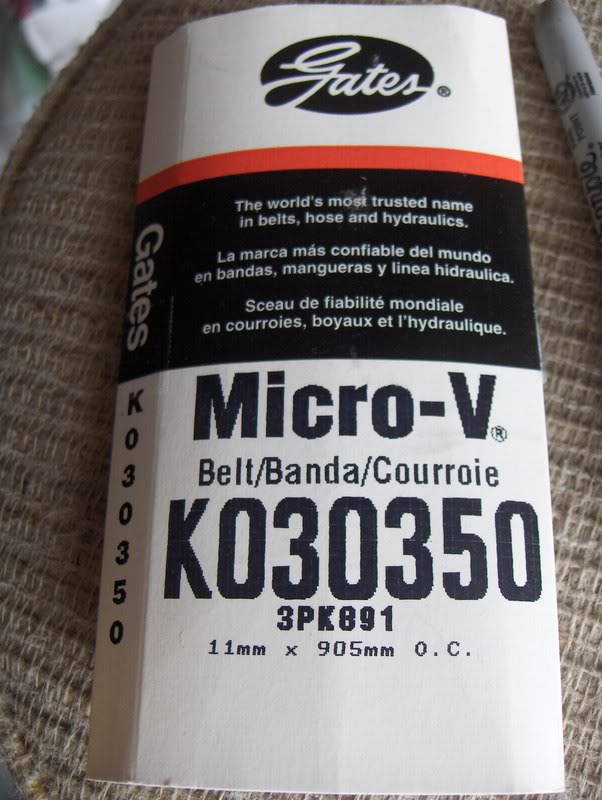 Some pics of the pump mounted using option 1

And as you can see in the pic, you can easily use the KA pressure line, and there is plenty of wiggle room for the line to clear a koyo radiator. 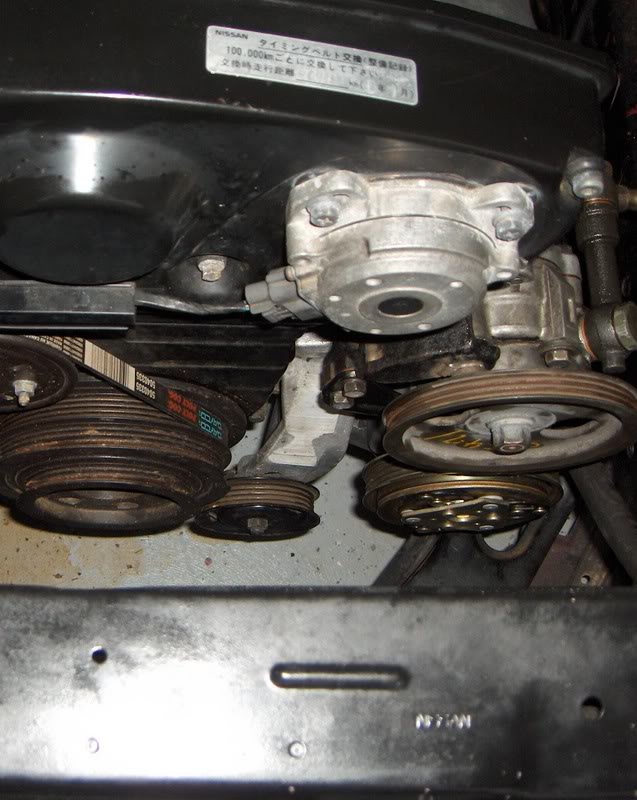 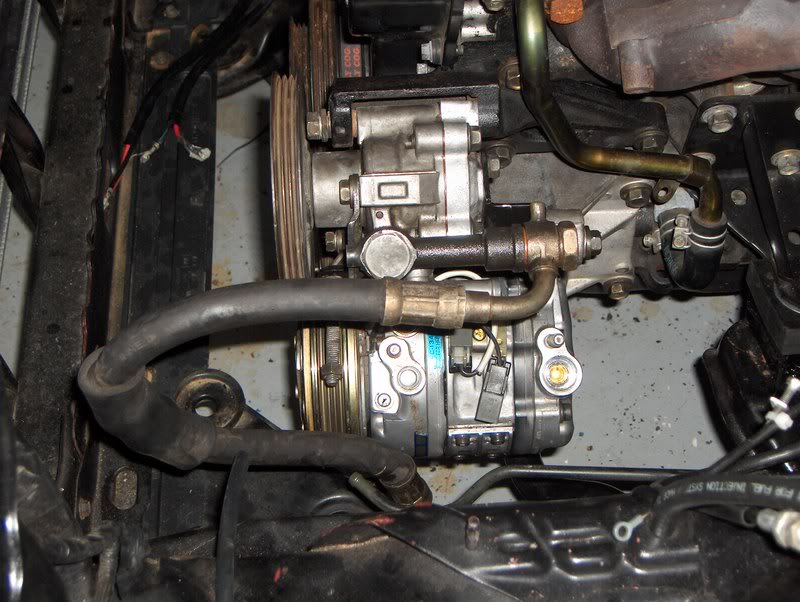 You will be using the KA adjuster bracket on the KA pump, but will still use the RB mounting bracket. Again if you have A/C on your RB you should go with option 1.

The KA adjustment bracket will obviously bolt up to the KA pump but the two bolt holes on the right side (in the pic) are where the adjustment bracket bolts to the mounting bracket. as you can see in the pic (marked in blue and yellow) the two bolt holes on the KA bracket are spaced a little farther apart. So if you were to go with this option you would have to drill/slot the top hole (in this pic) to line up with the hole on the mounting bracket. 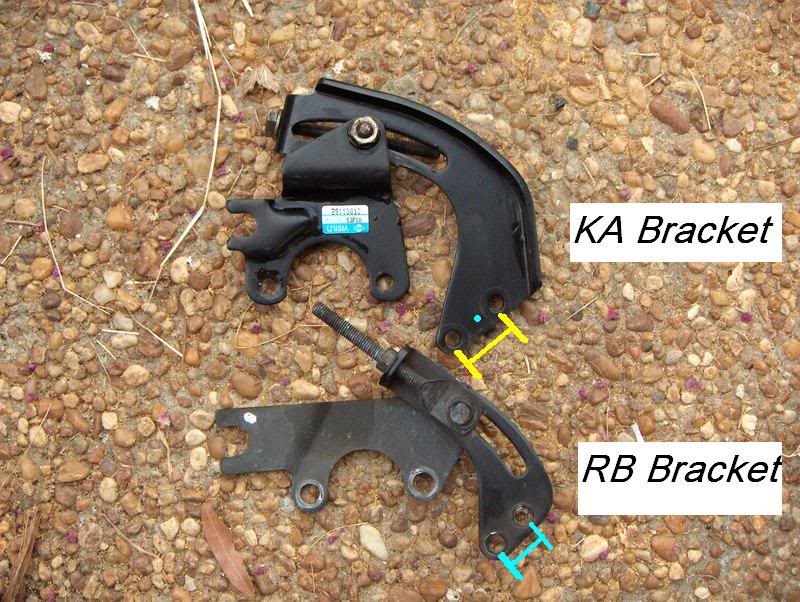 And as far as I can tell the only thing else needed would be a longer adjuster bolt, as with this option the bracket needs to be adjusted longer then the stock KA bolt will allow.

If you need more info on this modification, here’s the place to go: Nissan RB25 Forums