After a few low-speed parade laps to get the lay of the land, the run groups began… Advanced, Intermediate, and Beginner. There were remarkably few flags needed, and other than a few difficulties learning the intricacies of the proper “point-by”, the morning session went well. The temperature was nearing 90 at lunchtime, and everyone took a much-needed break. By then, everyone had already gotten 3 or 4 20-minute sessions on the track!

Lunch was great. Unlike typical track food, the chow at MAM was tasty and inexpensive. Sheila runs a great kitchen! Afterwards, everyone in the Beginner group got the all-clear to drive solo (without an instructor), so the track went hot for another four hours. Despite the heat, a lot of the beginners started clicking off faster and faster lap times. We arranged for transponders to be available to drivers for $10, and of course the die-hards started shaving off second after second.

A few interesting non-Nissans showed up to share the track with us: A Ford Spec racer, a Lingenfelter-supercharged 2010 Camaro, a couple C6 Z06 Corvettes, a GT500, an S2000, a Mazda 3 Hatch, and of course the rentals. 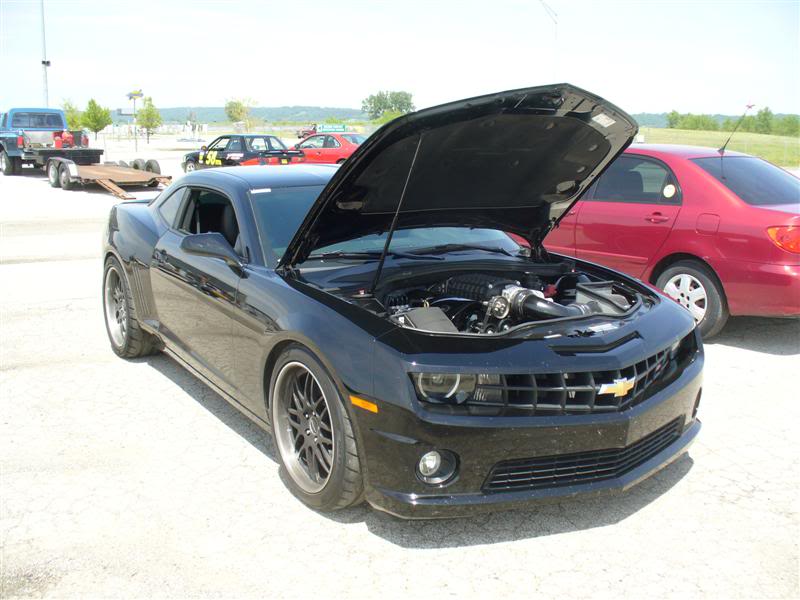 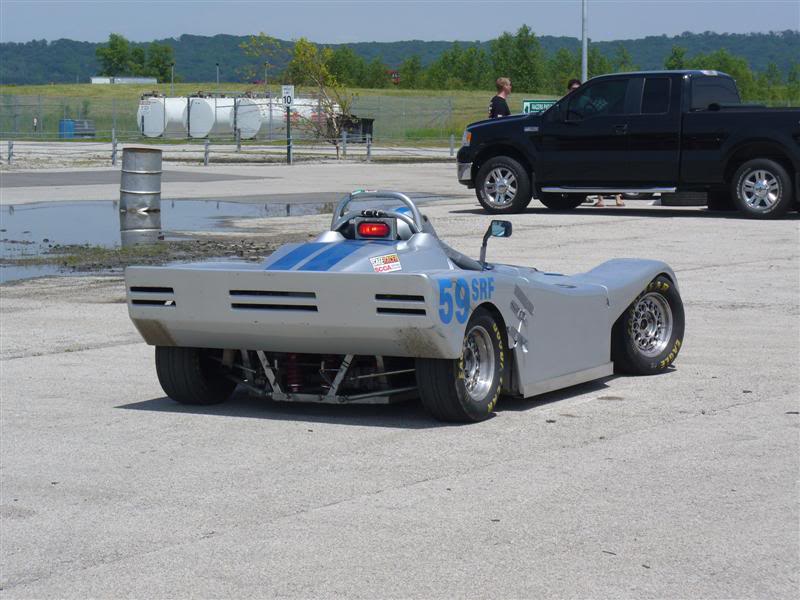 I think the guys with rentals had almost as much fun trying to outdo each other with tape as they did running the track. Hmmmm… This gives me an idea. Next year: Best Use of Tape Award!

Friday evening, everyone met up back at the hotel for drinks and to wind down from the heat and excitement… A few stayed at the track for the drag racing action, while the rest of the participants looked forward to a big dinner and hanging out with friends. Dinner at Chili’s was a great time, and it was interesting to hear everyone’s discussions of what they’d learned on the track that day, and sharing info on how to get around the course quicker. One turn in particular had most drivers fairly frustrated until Moto walked us all through it. Easier said than done, but we couldn’t wait to apply our newfound knowledge to the track the next morning. A bunch of folks hit downtown Omaha for the evening and had a great time… Becky and I had a lot of preparation to do for the next day, so we skipped the party – 6 am comes real early!

During the night, Omaha got a hellacious rainstorm, and it was still drizzling when we arrived at the track. Moto and I discussed our options, and while the Mid-America crew were clearing the excess water from the track, we decided this was a good opportunity to give everyone a lesson in racing in wet conditions. So, after the initial meeting, everyone grabbed helmet and keys and headed for the grid. As the rest of us followed along, Moto showed us a wet racing line, and despite a few spins by some of the high-hp cars, everyone seemed to learn a lot. Nearly an hour into our session, the track was almost completely dry, with only a few strategically-placed puddles (which made the rest of the day’s racing all the more interesting) remaining.

Some people rolled in late, knowing there’d be plenty of track time. SR20 Convention veterans Kieran and Ray showed up in a rather “official”-looking vehicle… Wonder where they got the Embassy Suites decals? 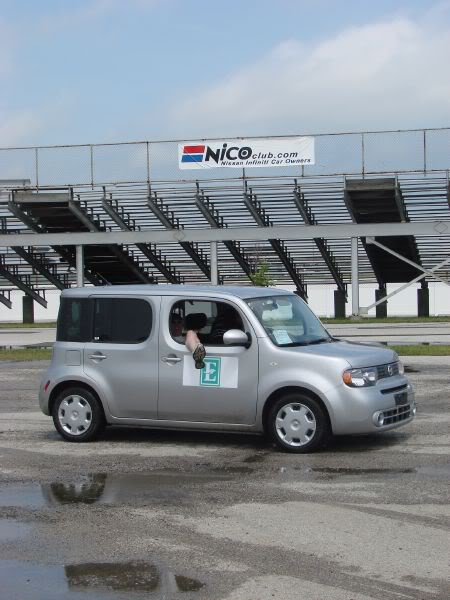 Speaking of the Cube, a little side note: Everyone that drove the Cube confirmed what we already knew: It’s just a few mods away from being a great autocross performer! Underpowered, but certainly not lacking in the handling department, Ray proved a point by making a couple COMPLETE laps of the course with the cruise control set at 50mph. No braking. Sweet. 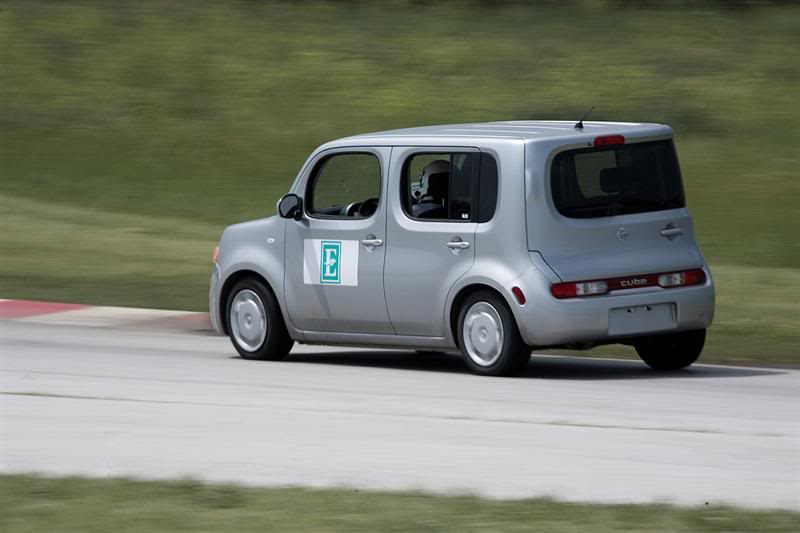