Welcome to the Official recap of the 2010 North American Nissan Convention! 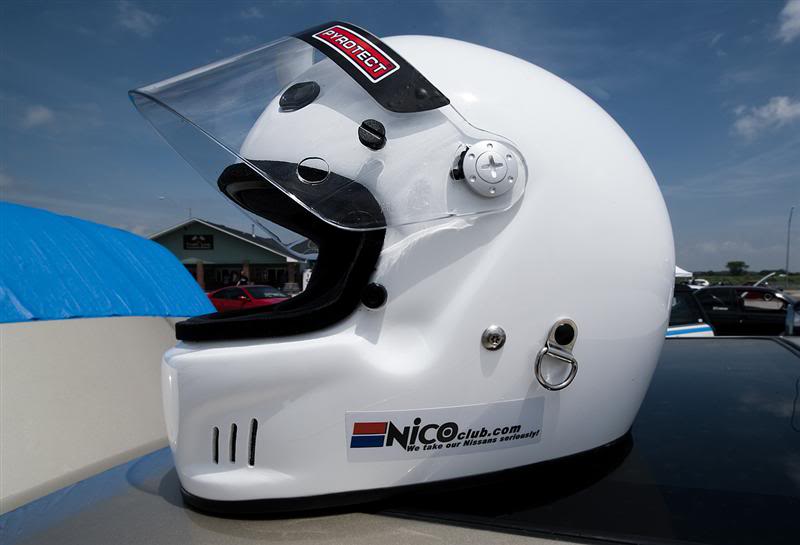 After a drop in convention attendance in recent years, those of us at NICOclub decided to try something different. Our goal was to renew interest in the event, honor the history of the past 12 years, and entice increased participation. The first step was to expand the convention beyond the SE-R owners to incorporate ALL Nissan enthusiasts. We hoped that this would be a recipe that would carry the event forward for another 13 years (and beyond).

Armed with only a limited budget, and the desire to keep the event alive, we set out to maximize the appeal of the weekend. We wanted a “central” location – A place equidistant for everyone, so that no one could say, “It’s too far from the east coast, it’s never held on the west coast, it’s too far north, it’s way down south…”.

Of the venues that could accomodate our needs, we selected a few and requested proposals last summer. One venue (Mid-America Motorplex) kept coming to the forefront (within our budget, limited restrictions, scheduling availability, etc), so Bex and I flew out to Omaha to check it out last August. We were impressed with the facility, the track, the staff, and their flexibility. Contracts were signed, hotel arrangements came together, website was designed, and we were off and running!

As planning progressed, we got excited about the prospects of drawing a large crowd. With three days of motorsports activities (autocross, drifting, rallycross and drag racing) on the schedule, we KNEW we had a recipe for success.

By the time May rolled around, however, we realized that we weren’t likely to see the turnout we were hoping for. With only three weeks to go until the event, and with enough funds to buy a brand new Versa on the line, we started getting nervous… Where were the registrations? Where were the sponsorships? Could this really be a bust?

Whether the cause was the economy, the location, new and unfamiliar faces coordinating the event, or the revised convention format, all that was inconsequential. Should we pull the plug, cancel, and slink away into the dark?

Hell no. Not our style. The track had to be paid, and the show must go on. We’ll go racing, even if there’s only three people in rented Neons on the track. So, we opened the event up with some additional invitations to our other motorsports friends, and added a THIRD track day. The feedback was promising, so we packed our bags and headed for Omaha.

Thursday afternoon, people started arriving in Omaha, and you could sense the excitement. We saw several folks at the rental counters, snatching up ANYTHING worth driving, and there wasn’t much to choose from… A pair of matching 6-speed Coopers vanished before our eyes, as did a Nissan Cube. We had reserved a Maxima, only to be informed that Enterprise doesn’t rent Maximas there (thanks a LOT, Enterprise). We were stuck with a 2010 Sonata and a 2010 Mustang (V6, automatic, convertible) as our “track weapons”. Laugh it up, because we sure did.