Speaking of big dogs, let’s not forget the model that continues to serve as the flagship of Nissan’s sedan line. The 2016 Maxima combines many of the styling features of both the Altima and the Sentra, and goes beyond them to display a new level of “energetic flow”. Let’s start at the front once again, and see how the eighth generation Max blends a chrome V-motion grille with LED daytime running lights (DRLs) set into the signature boomerang headlights. A deeply chiseled front bumper not only adds to the aggressive look, it also lowers frontal drag. And although the front fender flares are almost as pronounced as the Altima, the overall impression is one of refinement as they sweep back to pick up the swooping body line along the side of the Maxima. 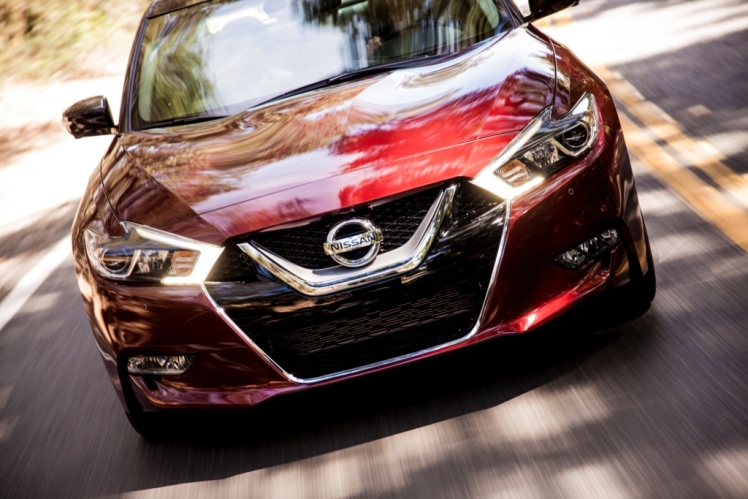 It’s remarkable what Nissan designers have done to sculpt away what would have been a very slab-sided sedan. A sharply raked windshield and roofline leads to a more controversial styling feature that Nissan plans to use more of in the future: the flying C-pillar. Hoping to create the visual impression of the roof floating above the car, stylists have made sure you won’t think it’s just another Hyundai! The rear of the Maxima is more conventional, with a raised trunklid and nicely integrated boomerang taillights. Blistered rear fenders lend just the right amount of aggression to the Maxima’s flowing design. 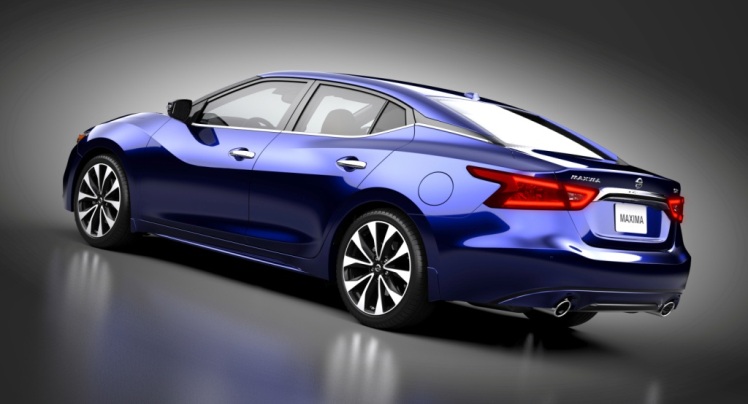 Moving on to the cockpit, not much has changed since 2015, when this Max was first introduced. Still, the blend of high quality materials, fit-and-finish and strong interior design led WardsAuto to name it to their “Ten Best Interiors” list among all sedans, with no restrictions on price. In particular, I like the driver-centric IP, with its beautifully shaped flat-bottom steering wheel to put my hands in just the right position. Nissan’s zero-gravity seats still fit me well and power adjustments allow for a custom fit with memory for two drivers. An 8.0” full-color touch screen in the center IP makes it clear we’re in the 21st century to stay. Navigation, multiple apps and entertainment options await, although Nissan continues to wisely “freeze” most features while the Max is in motion. 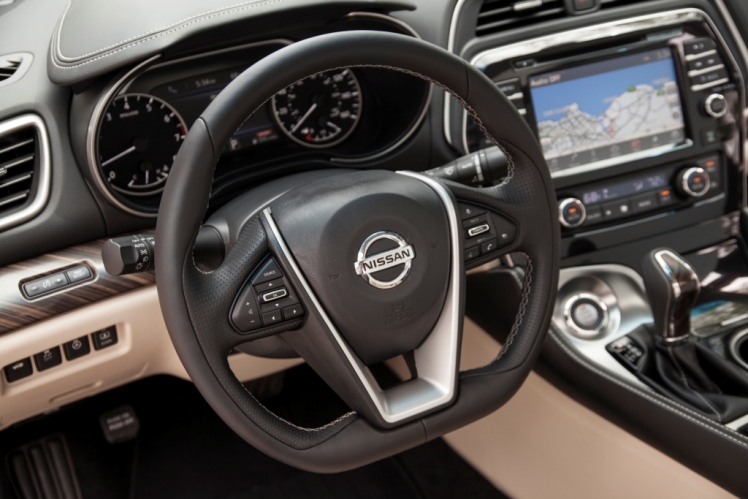 Driving the Maxima impresses with how refined this 300-hp version of the VQ35DE has become. Smooth acceleration and strong mid-range power are its hallmarks. This rendition on the VQ riff is yet another Ward’s 10 Best award for being a top engine in 2016. Which makes me wonder if any other modern engine series has the kind of credentials the VQ line has earned over the years? 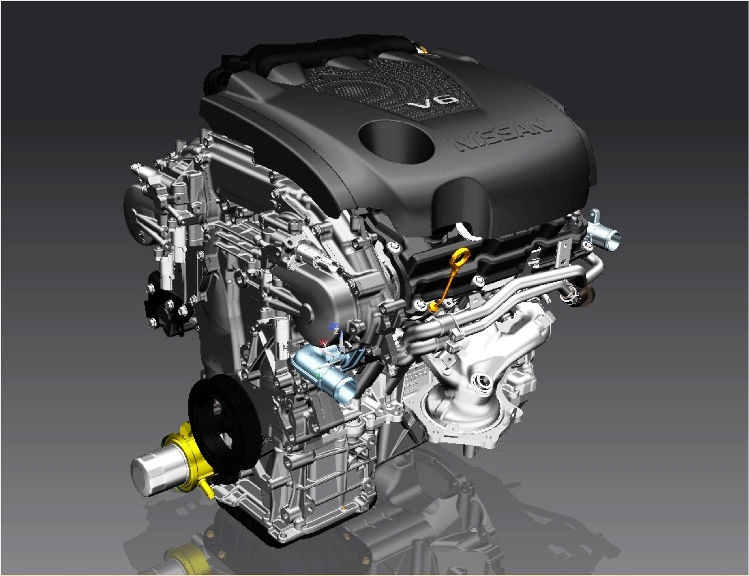 Mated with the ubiquitous CVT, the Maxima’s EPA mileage is rated at 21 city/30 highway/25 combined on premium fuel. Driving the Maxima reminds me it is still a large FWD sedan, particularly coming off turns when I’m trying to put all that horsepower down to the ground. The chassis is stiff enough and suspension supple enough to dance, but the roughly 3,500 pound sedan still takes some finesse to squeeze the throttle as you unwind the steering wheel from apex to corner exit. Maybe better tires (or the Maxima SR version) would allow the Maxima to truly live up to its 4DSC moniker. 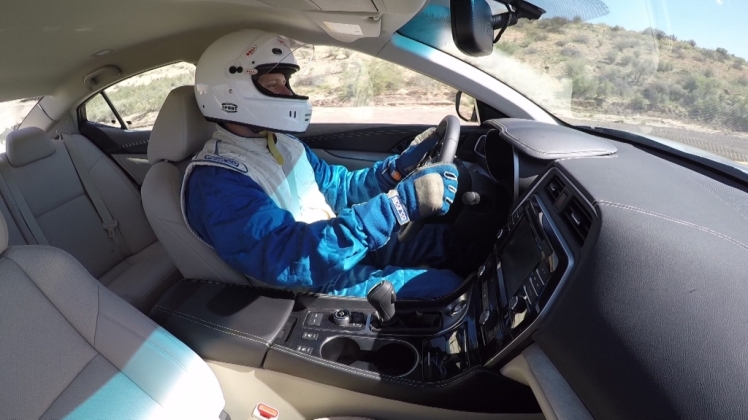 Another question might be: how does the ’16 Maxima fare against other luxury sport sedans? In that rarified air, it does quite well when you consider what you get for the money. And while the corporate bosses at Infiniti might deny it, they’d love to have a car like the Maxima in their lineup. Look closely and you’ll see designs and hardware lifted almost directly from Nissan’s luxury brand. The Maxima starts at $32,560 for the base model and tops out near $40K in six trim levels. The Big Dog in Nissan’s sedan lineup exudes luxury and comfort far beyond its price point. And that’s a common theme for each of the vehicles in Nissan’s sedan lineup. Beyond that, Nissan has managed to separate their 2016 sedan line through refinement, technology and unique styling to provide an advantage in each market segment.