Since searching around on the internet revealed this is becoming a more common problem as the 300zx ages, I figured I’d address it.

If you have the symptom that you turn your key off and remove it and your Z won’t shut off, it is most likely your fuel controller. Removal and replacement is simple and straight forward. 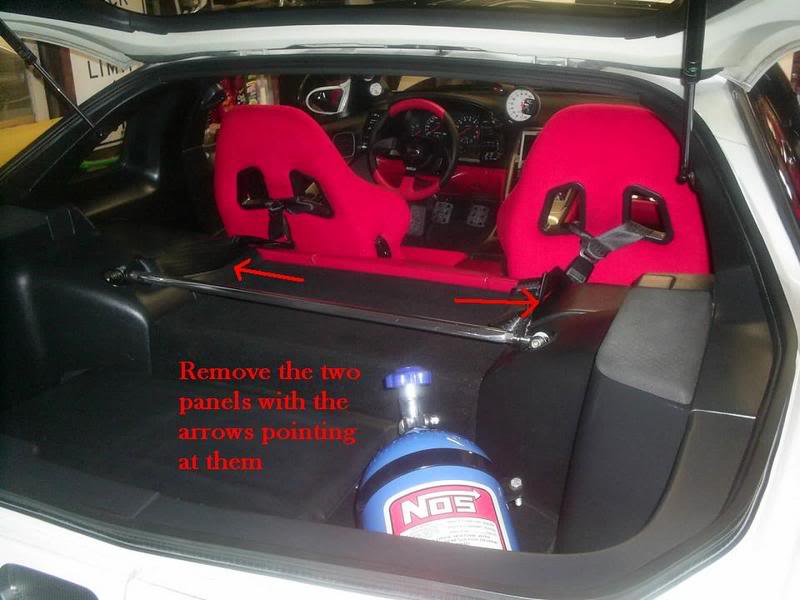 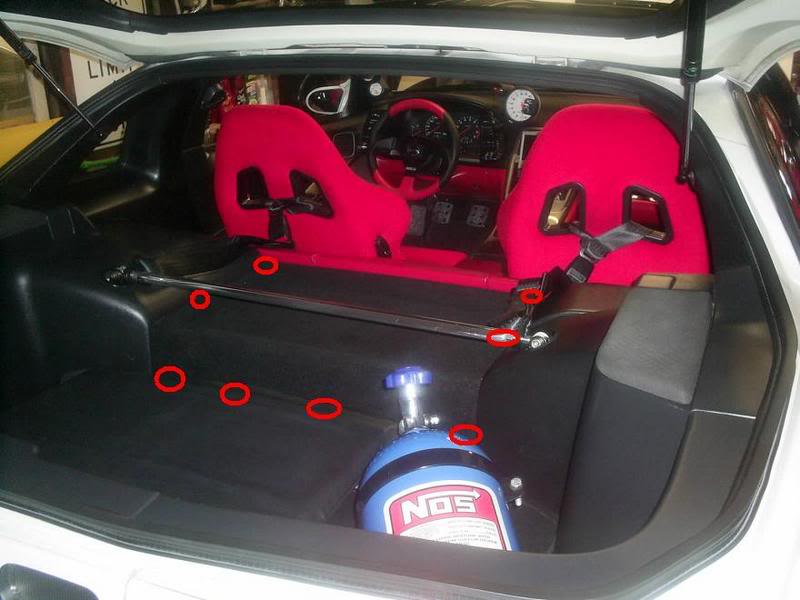 Once that is removed you will see two 10mm head phillips bolts at the back edge of the center console riser that butts up to the package tray. Remove those two bolts.

Next, back up top where you removed the drivers side cover in the first step, you will most likely see a “package” that contains the headlight aiming tools. Remove that and toss it aside.

Once you do that you will see one phillips screw/10mm bolt that holds the interior trim piece (grey tweed unless reupholstered otherwise) that runs behind the drivers seat. Remove that screw. The trim piece is held into the side trim below the b-pillar by a plastic snap. Wiggle it a little and pop it out. Set the trim piece aside. 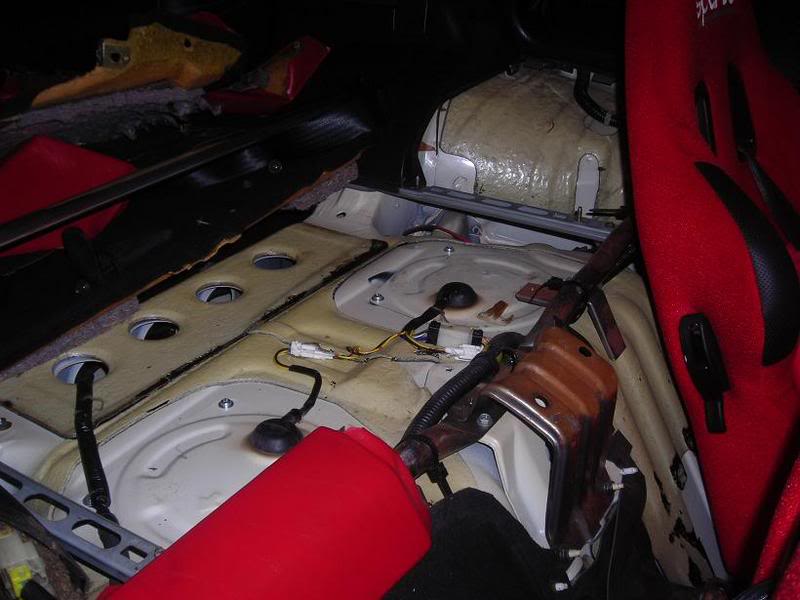 From here you can easily see the fuel computer, but it is much easier to access and remove if you take out the black felt covered lower trim pieces that is behind the seat. This is held in by plastic snaps and one phillips screw which is under a black plastic bolt cover. Remove this piece and you will see the following. 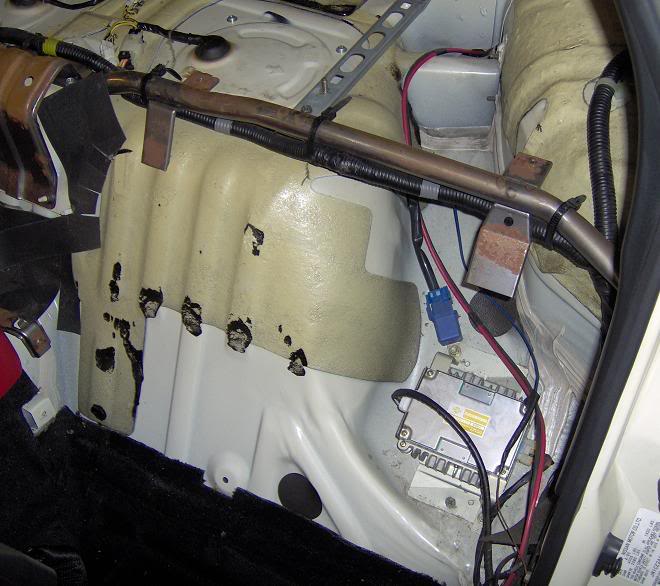 Here’s what you’re after. 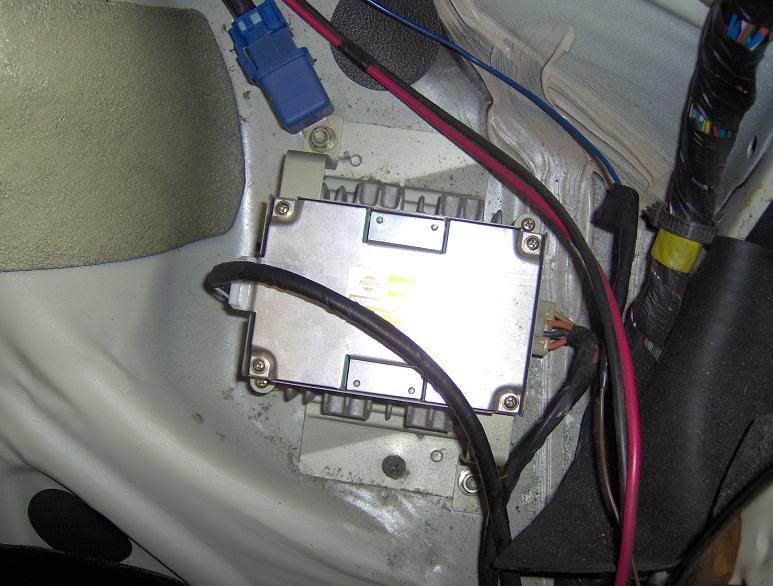 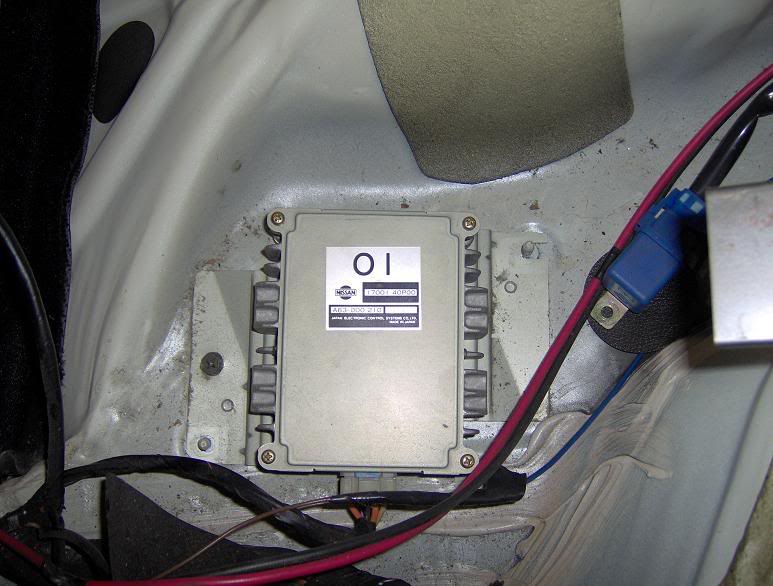 Unplug the harness and remove the fuel computer.

Follow the steps in reverse for re-installation. Also, keep in mind that there is a lot of insulation, sound deadening material, and other junk under the panels.I don’t have any of it in my car, it just adds weight. Put it back in if you wish.

New the fuel controllers are big money, but they can be had used in good working condition anywhere from $25-$200 depending on how lucky you are and if the seller knows what they have.

Hope this helps out anybody who searches for info on how to do it.