…wouldn’t happen if you had a manual transmission, but let’s leave that for another article.

One day you start your L33 Altima or R52 Pathfinder and find yourself stuck in Park. You get a screwdriver and use the mechanical release, and for days or weeks it’s fine again. Then it does it a second time. The problem grows more frequent as time goes on. You look on the net and discover you’re not alone, Amazon is even peddling “repair kits” for stuck shift-lock solenoids. There’s a “free fix” video on You Tube as well, showing you how to bend the lever on the park solenoid switch and purportedly make it work again. It will, but only for a little while.

Here’s the skinny on what fails and why, so if you want to fix it DIY, you can understand the real cause and make a lasting repair. I’ll be frank, I keep the switches around and our shop will replace them for a good service customer who’s past warranty. Folks who [email protected]#$% or call us the “stealership” on Facebook get to buy a new shifter. That’s business. The real world is what it is, we’re nice to those who are nice to us.

But I digress. Here’s the schematic for a typical Nissan shift interlock system. The Altima and Pathfinder use a solenoid that’s a bit heftier than most other models, which is why they’re most prone to this type of failure. However, it can happen to almost any shifter Nissan makes these days. The setup is virtually identical across the product line. 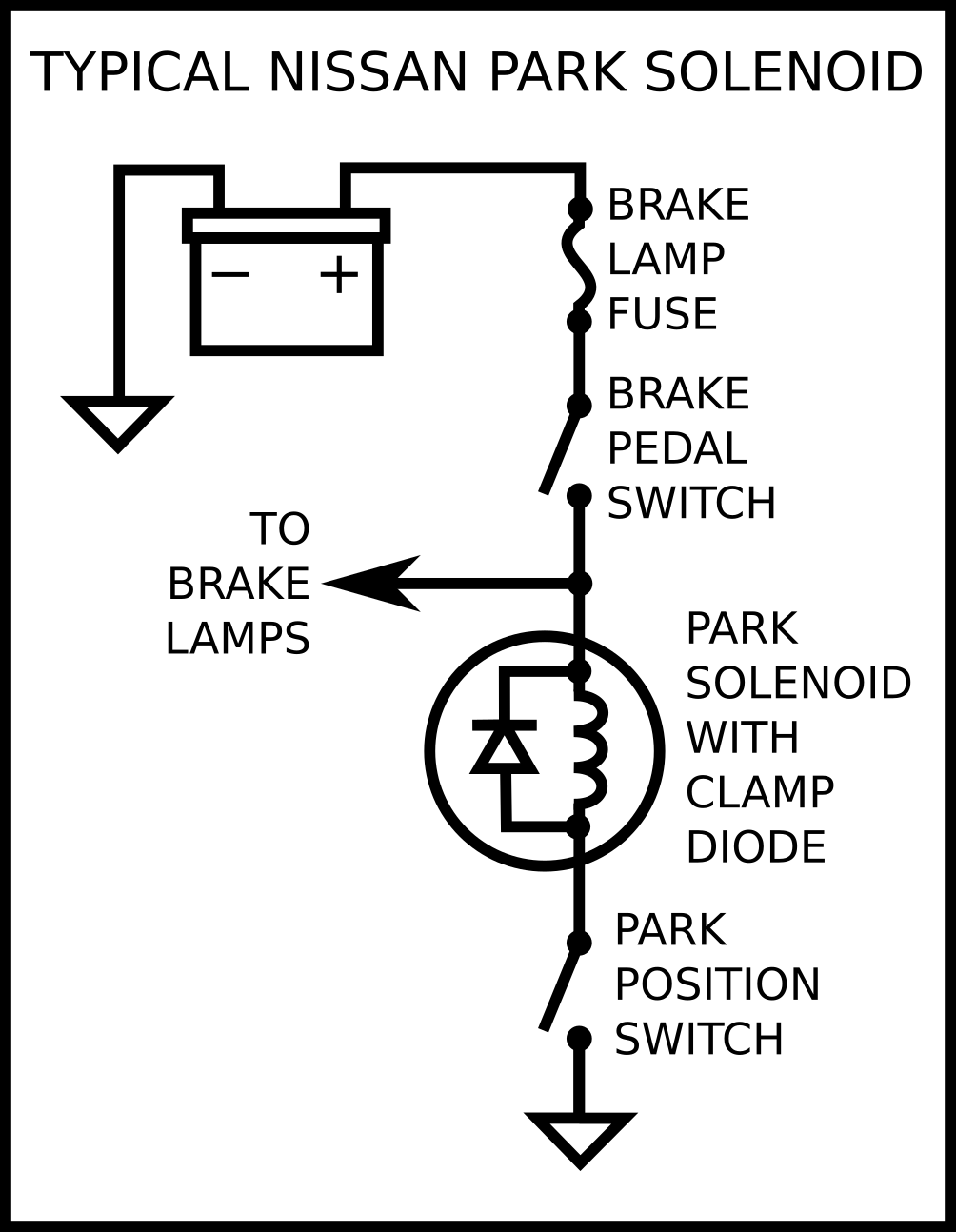 Now, here’s the switch in place showing how it works mechanically, plus a pic of the Mountain brand switch used on the later -3NW4A part for the Altima and Pathfinder, and a pic of the solder-pin switch used in the original -3NW2A part. 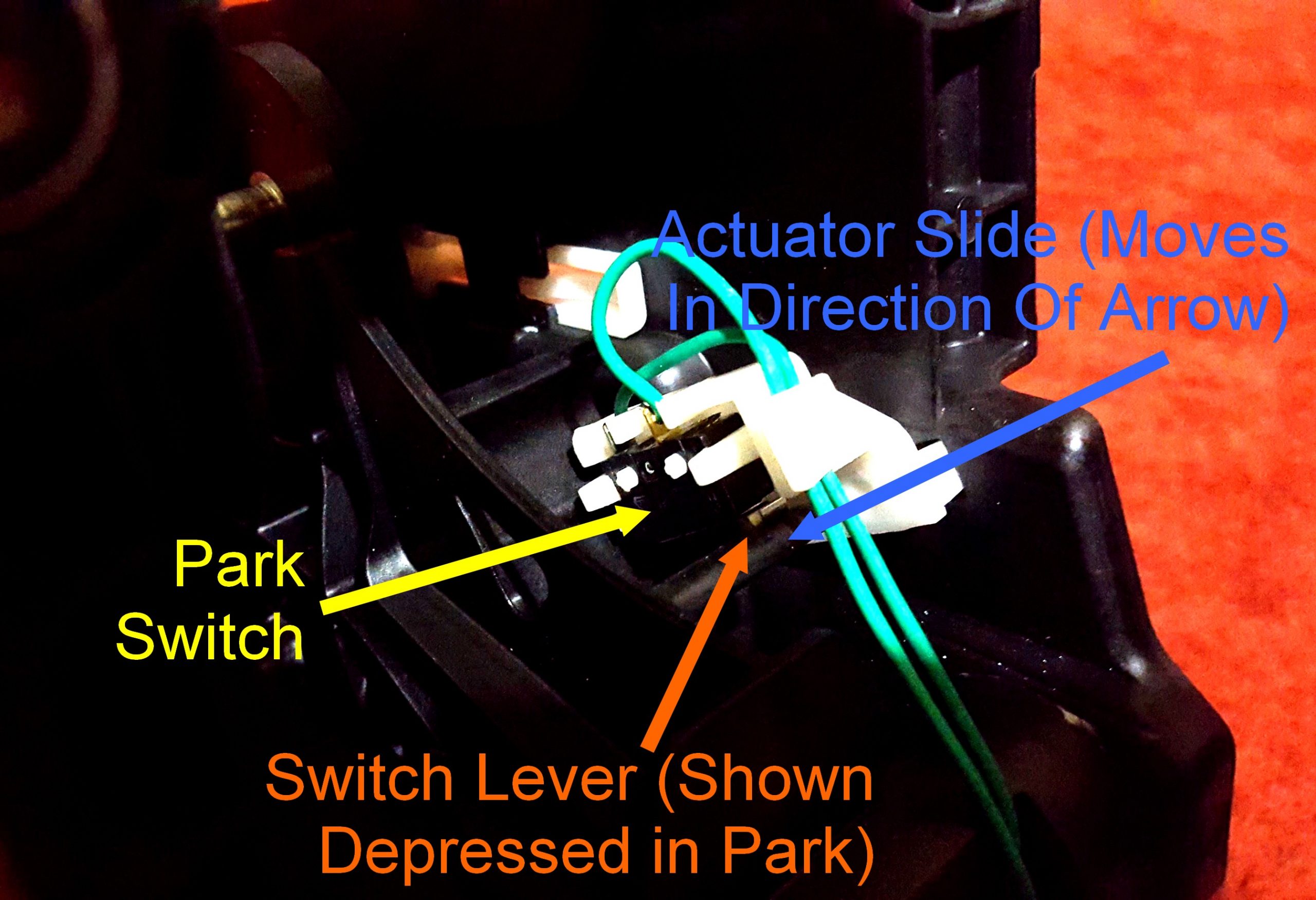 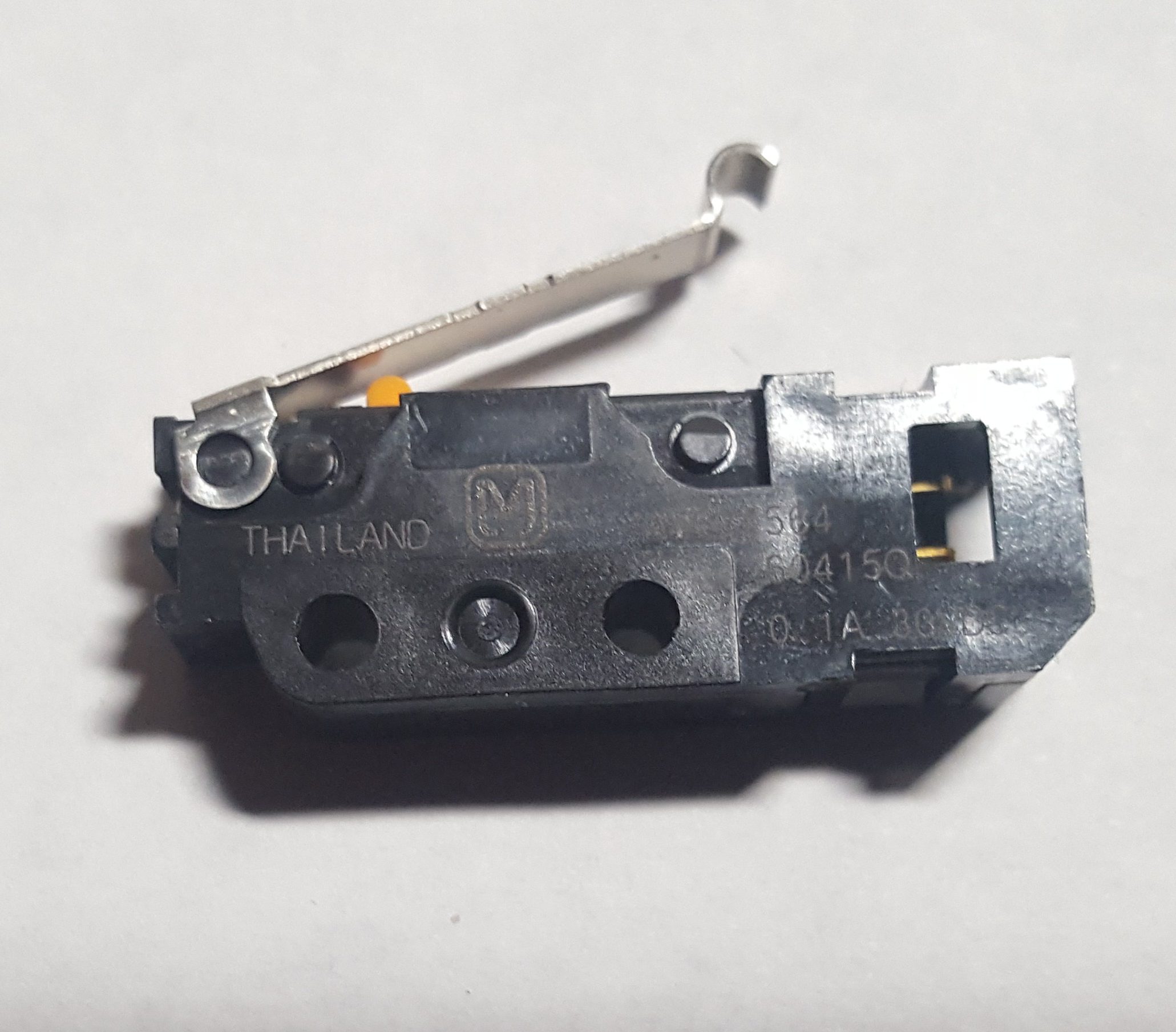 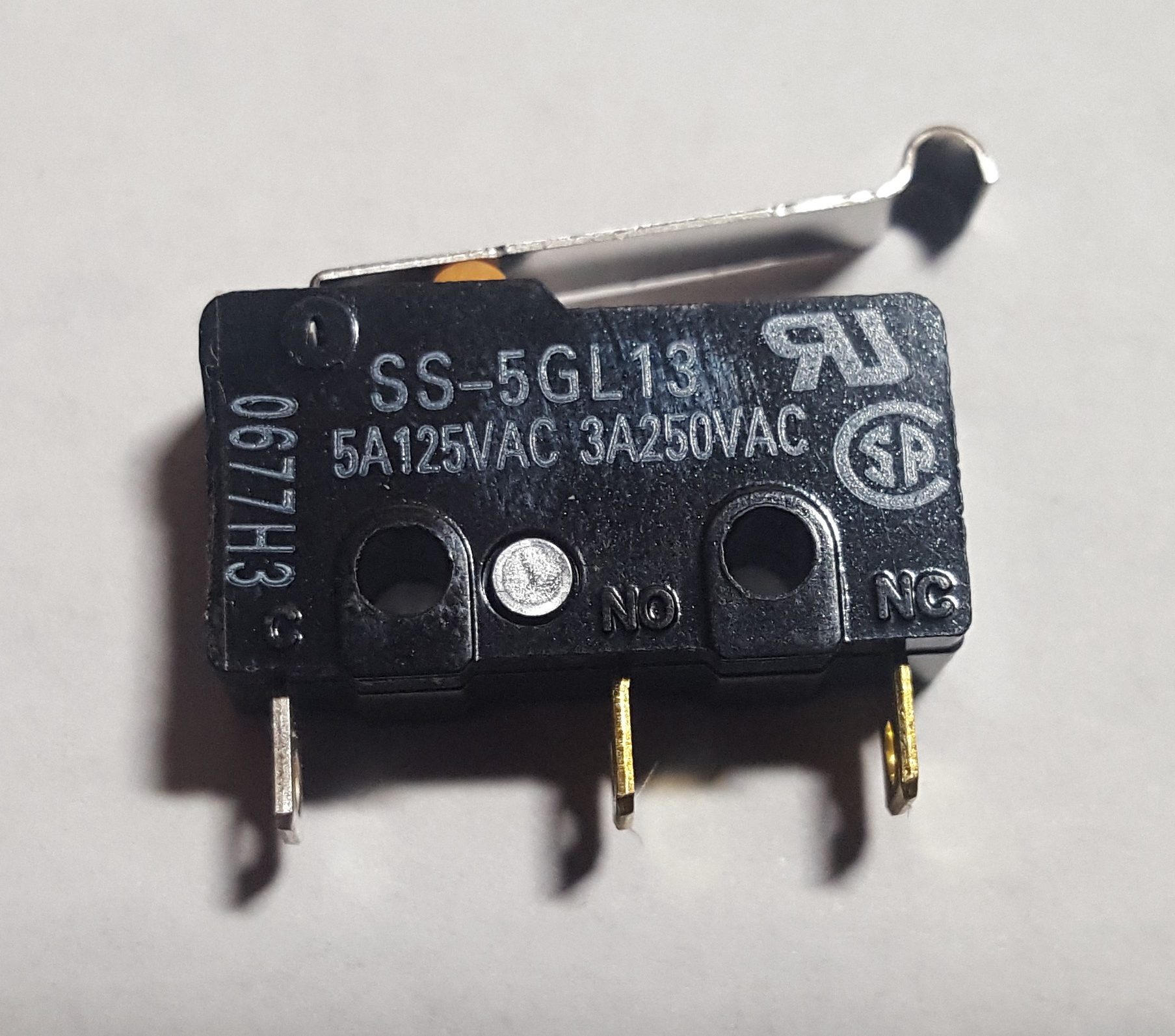 The second switch shown is actually a 5 amp version of the original 100mA switch used by Nissan. The Omron part number is SS-5-GL13, and it’s the only switch you should use for repairing late model Nissan shifters. I’ll explain why further on, but get the real article and not a clone. Digi-Key, Mouser, Newark and Allied all carry them.

Why the OE park switches fail isn’t a simple matter of switch overload. You might think so, with a 100mA switch driving a 500mA solenoid, but that’s only half the story. You can see in the diagram that the park solenoid is driven from the low, or ground, side of the circuit. The solenoid is what’s called an “inductive load”, meaning it charges with stored energy when it operates, like any coil. Problems happen when the switch turns the coil off, because the charged energy turns into a high-voltage “spike” that needs to dissipate. A clipping diode prevents the high voltage from invading the 12V supply, but the excess energy still wants to find a way out. It finds ground by way of tiny sparks at the park switch contacts each time the coil is switched off. This gradually erodes the plating on the contacts, causing a high-resistance “soft spot” in the metal. It takes only 8 ohms of resistance to disable the coil and leave you looking for a screwdriver to work the mechanical release.

You may also have noticed on the net that only the park switches ever fail. These shifters never die from failure of the solenoid or detent switch. The reason is simple: The solenoids are very solidly built, and the detent switch carries no load. It simply sends low-level signals to the BCM, it doesn’t drive a coil. In the course of hundreds of repairs, I’ve never seen a single dead solenoid or detent switch. The one other failure I do see (infrequently) is a melted clamping diode, but that won’t cause the same symptoms, it will cause the brake light fuse to blow.

The YouTube “free fix” videos suggest that by bending the lever arm to increase switch tension in the Park position, you can restore operation. In fact, this isn’t a “fix” even though it usually works. You’re simply shifting the contacts off the “soft spot” by a few thousandths of an inch, by forcing the lever to maximum throw. Trouble is, the soft spot will migrate quickly to the new location because the plating is already damaged. It may last a week or a month or even a year, but the problem will recur and the same trick won’t fix it a second time. The lever will already be at maximum throw from the original bending, so bending it further won’t move the contact point. The switch is now dead-dead.

You may have gathered from the above that good contact plating matters, and that’s why you should stick with the Omron name brand when replacing one. Good plating is expensive, and the cheap China knockoffs used in the online “repair kits” skimp on it to keep the cost down. You’re very likely to wind up with the same problem somewhere down the road.

So if there’s a 5A version of the switch available, I hear you ask, why doesn’t Nissan use that in the first place instead of a weenie 100mA model? The answer isn’t really bad design, it’s more a matter of saving assembly labor. That’s very costly compared to the cost of the hardware. The “plug-in” switches used on the -3NW4A were originally solder pin types on the -3NW2A, but soldering means expensive hand-assembly. The plug-in types can use much cheaper machine-assembled cables. However, the tiny connector pins won’t handle more than a few hundred milliamps. For that reason, Omron, Mountain, and other reputable manufacturers don’t make a 5A plug version. The 5A version is only available with solder pins. That means if your original shifter uses the Mountain part, you’ll have to modify the switch carrier (the white part in the pic) by cutting away some plastic to make room for the pins. Then you’ll need to extend the wires a few inches and glue the 5A switch in place in order to affect a proper repair. Some modicum of soldering skill will be needed. But it’s worth the work, the 5A version will outlive your car.

Now you know the why, and how to fix it right. Happy motoring!