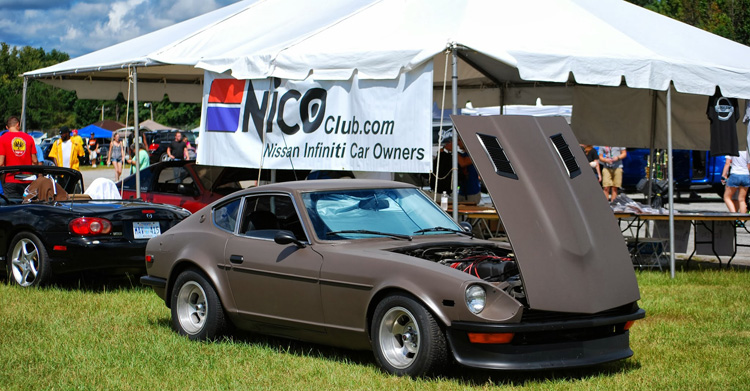 Awesome. Rad. Stellar. Those are the words that describe this past weekend at the NOPI Nationals. We are proud to have worked with NOPI for a number of years on NICOFest events. Since 2005, NICO has dominated both the NOPI Nationals as well as NOPI Phoenix events with attendance, so after a few years of shows being on hiatus, we were glad to bring NICOFest back to NOPI in 2012. It was the first year back, so things were smaller than year’s past, but still a good turnout. But that was last year, let’s talk about this year.

After only the 2nd year back from hiatus, NOPI returned once again to the Atlanta Dragway, and NICOFest was right there with them. This year, the show was leaps and bounds bigger than last year. The quality of the vehicles on display was also light-years ahead of last year. Thousands of people were in attendance. No matter what your automotive passion is, there was something there to wow you.

Obviously, with the event being held at the Atlanta Dragway, there was drag racing to be had. However, due to torrential rain on Saturday, all the drag racing was postponed until Sunday. But that didn’t detour the turnout. Saturday began with a few drizzles in the morning and it wasn’t until early afternoon the hard rain hit. Until the hard rain hit, there was plenty of entertainment. Dozens of cars were performing on the drift course, thousands of cars in the show field, sound competitions, dyno runs…you name it and it was there. 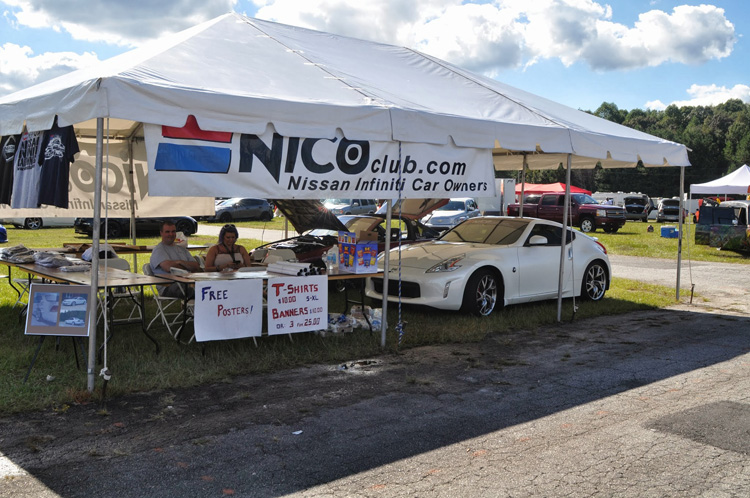 At the NICO tent, we were selling t-shirts, windshield banners, and lanyards. And of course, giving away hundreds of posters featuring our very own SentraStace alongside Matt Predmore’s S15 Silvia. Our tent was conveniently located right next to the folks at Z Atlanta, so we had some great conversations with many Z owners. Allison from Z Atlanta was selling tickets to join them for hamburgers and hotdogs for lunch, as Tommy from Z Atlanta manned the grill. Hanging out with some fellow Nissan enthusiasts while waiting for a delicious burger to come off the grill was great. Unfortunately, as we were finishing up lunch, the rain started to come, and it came hard. After a couple hours of sitting under the NICO tent waiting for it to pass, we packed up for the day and headed back to the hotel. It wasn’t until the show was over for the day that the rain finally subsided.

As many of you know, NICOFest events aren’t so much about the events themselves, as they are about the partying in the evening. If you’ve ever been to NICOFest Carlisle, you know that the partying is almost the main attraction—and for many it is. NICOFest NOPI was no different. Although only being the 2nd year at the Atlanta Dragway, we are still learning where the evening activities are. The NICO staff was staying at the Quality Inn and Best Western (next door to each other), but we soon found out that the best partying is at the Howard Johnson and Super 8 across the street.

After dinner and a beer or two (or ten) later, we decided to take a stroll across the street and see if we could find the evening fun. And we did. After just a few short minutes walking around the Howard Johnson, we ran into DJ Candy who was performing all weekend long at NOPI. Hailing from Charlotte, he was at NOPI for the 2nd year in a row to bring some music to the attendees. Continuing our walk, we found ourselves in the middle of the parking lot with dozens of great car enthusiasts. Although they may not have been Nissan enthusiasts, we all share the same passion. Everyone we talked with was friendly, and made us feel at home. If the partying is your favorite part of a NICOFest event, then the hotel shenanigans in Commerce, GA deliver. It is right up there with NICOFest Carlisle.

Retiring for the night, we headed back to our hotel to get a few hours of sleep before Sunday. When we awoke, we saw weather that was completely opposite of the day before. Clear skies and warm temperature—we knew Sunday would be a great turnout. 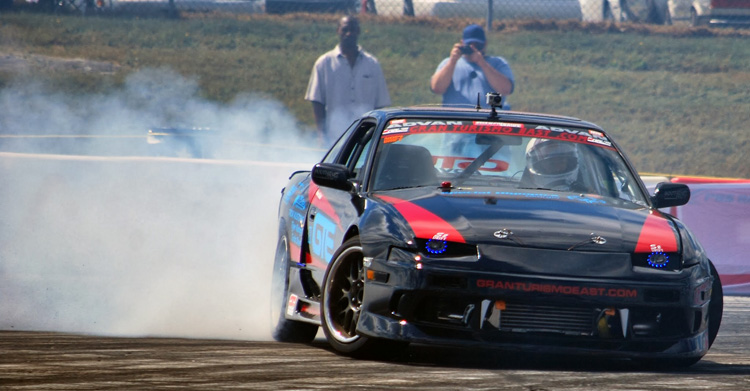 We were right. Sunday was a great day. The drift track was spewing rubber all over the air, drag cars were approaching close to 200 in the quarter. DJ Candy was playing music and getting girls dancing. It was starting to resemble the NOPI days of old. As the weather was better, it allowed us to check out some of the drifting, drag racing, and show cars in more detail. We also were able to check out some of the awesome vendors at the show. Companies such as Haltech, NGK, AEM, and Fram were there, as well as many more.

At the end of the day, Cory (OneFastStanza) stuck around for the awards as the rest of the NICO staff had to take off. Many Nissans took home awards trophies at the end of the day. We also were glad to have met the folks at Z Atlanta, and are looking forward to working with them in the future. Next year we have some big things planned, so make sure you mark it down on your calendar. It’s going to be an event you don’t want to miss!