Over the past several years, I’ve written many reviews on individual Nissan models from A to Z for NICOclub. But one topic I’ve always wanted to explore is taking a closer look at a single lineup of vehicles which encompass several market segments. In this installment, we’ll examine the Nissan sedan lineup for 2016.

After all, Nissan has professed a lot of love for sedans, even as the North American market continues to skew markedly towards crossovers. Sedans are certainly a vehicle line that Nissan has done – and done well – since they first brought the Datsun 1000, 1200 and 510 to these shores.

2016 is a good time to review the domestically produced Sentra, Altima, and Maxima models as Nissan has tried to link them together into an easily recognized lineup.

(Apologizes for excluding the Versa sedan, but there simply wasn’t enough time to test drive it as well.)

Without further ado, let’s look at each of the representatives of the 2016 Nissan sedan lineup (click pics for review): 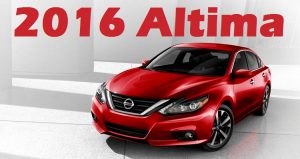