Overview: This article is to help you install LED in place of the OEM incandescent bulbs.So since nobody’s ever made a write up, and there seems to be a question about it every week, i figured i’d do a write up for everyone.

Materials needed:
1) Flat head screwdriver or butter knife
2) LED’s: I used LED’s from V-leds.com:
— 5xsmt LED’s for the 194’s. I only used 4x LED bulb for the license plate lights.

*Note: this dome light only applies to the coupes.sedans have 2 more 194 bulbs over each rear door.

I used a butter knife, since for some of the covers, the slot to get into is so small that a screwdriver wouldn’t fit.A butter knife is also smooth enough to not leave any scuff marks on the surrounding plastic.

First of all you’ll want to disconnect the battery or you risk blowing a fuse.
Remember that most of these lights are polarized, so put them in but don’t replace the covers until you’ve reconnected the battery and tested out each light.

First for the map lights:
Instert the butter knife under the map light cover, then pry the cover off to expose the bulb inside, just pull out the old bulb and put in your 194 size LED 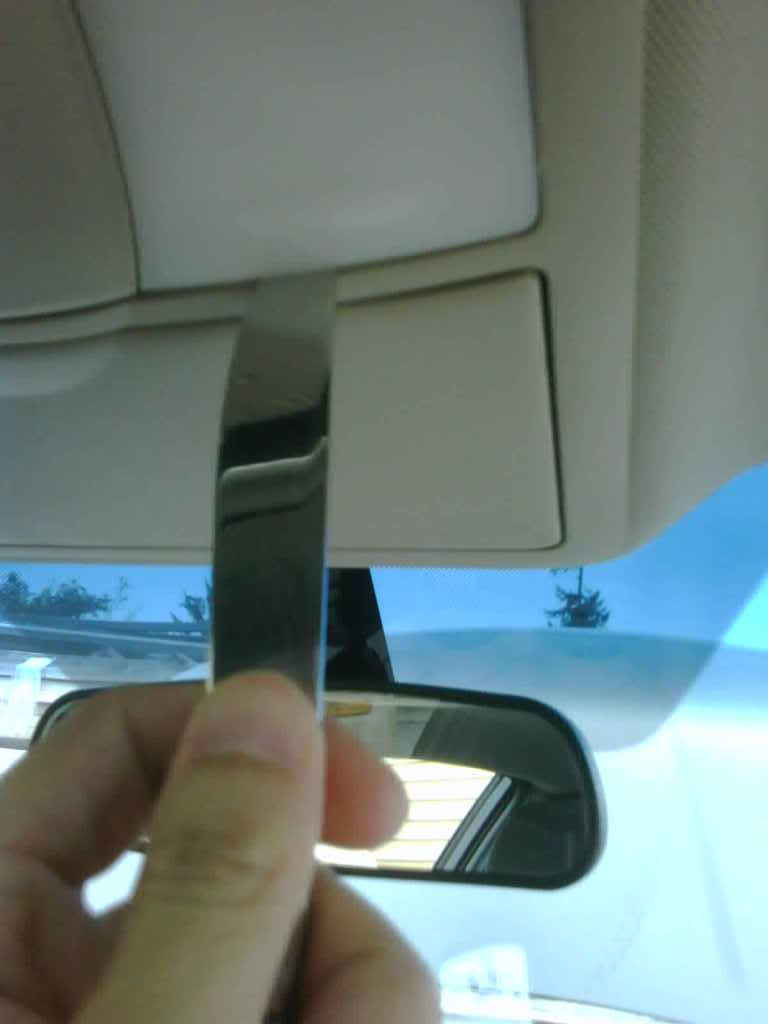 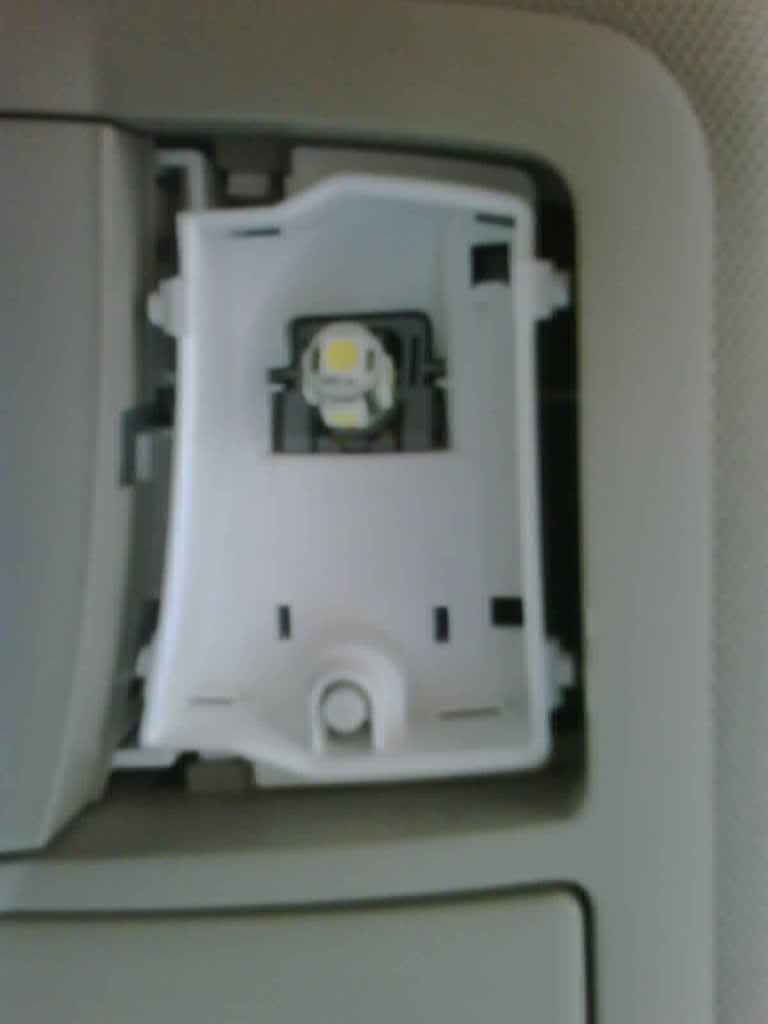 For the rear dome lights:
Same as the maps, insert your butter knife under the cover, pry it open and pull off the cover, then pull out the old bulb and throw in your 3022 LED.this bulb might be hard to pull out with your fingers, so just slip the butter knife behind the bulb and gently pry it out. 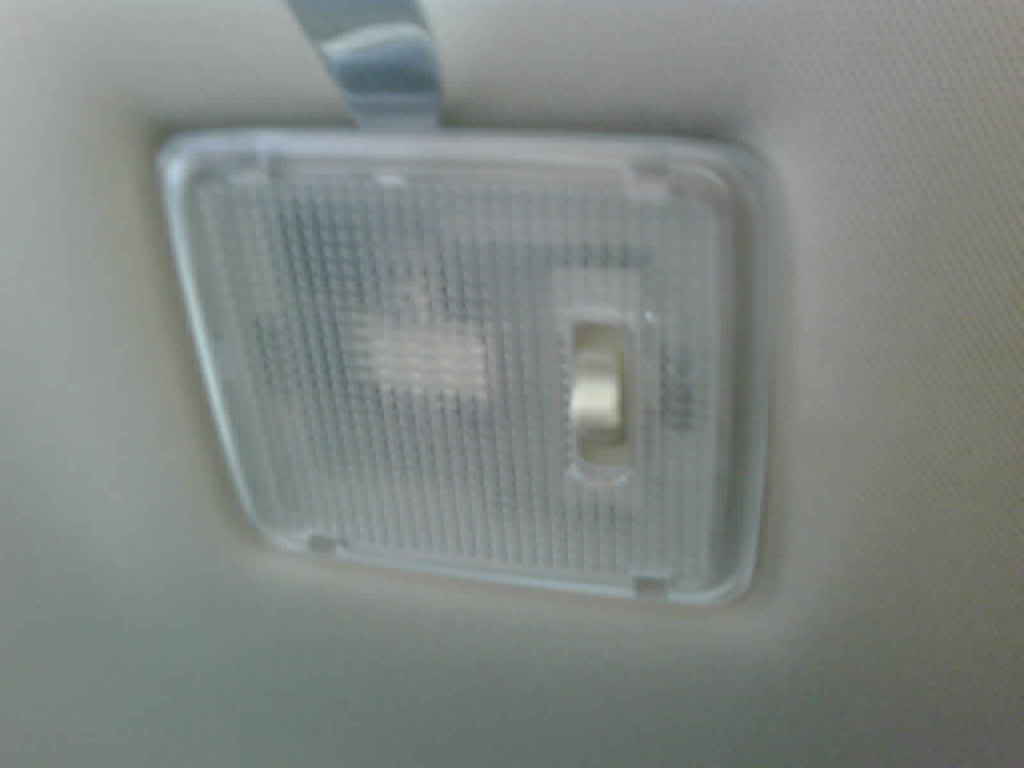 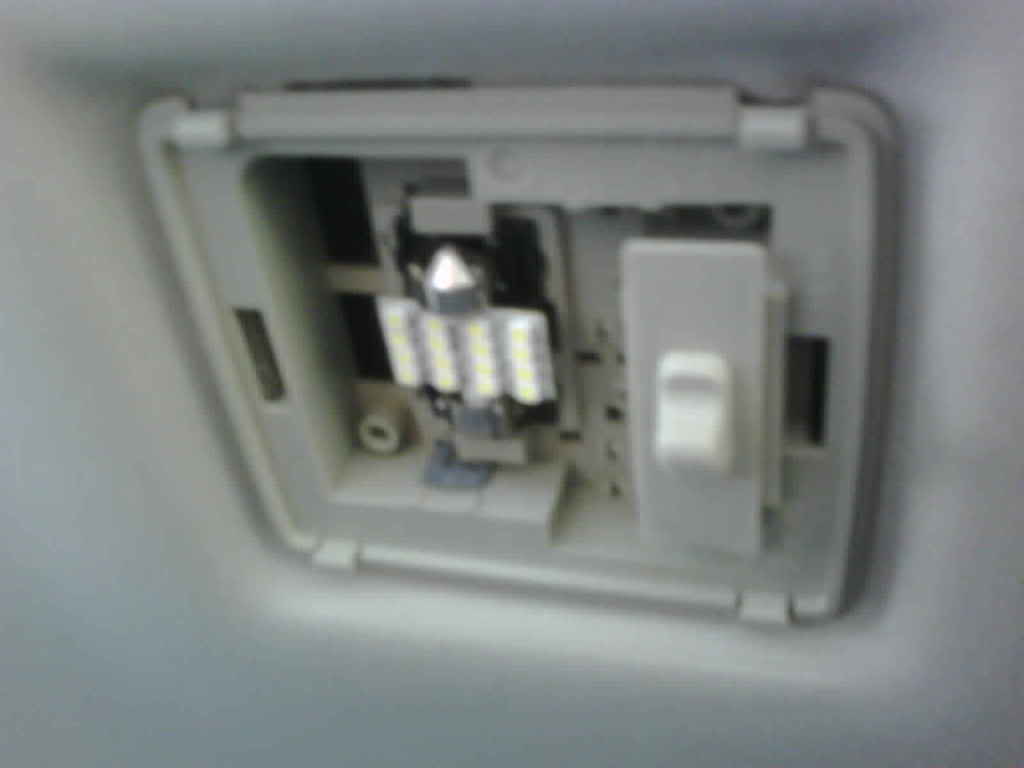 Courtesy door lights:
For these, you don’t even need a screwdriver or knife.Just put your fingers underneath the cover and pry them towards the front with your fingers.These are tricky to get into since they have a casing around them.Again pull out the old one and insert the new 194 LED. 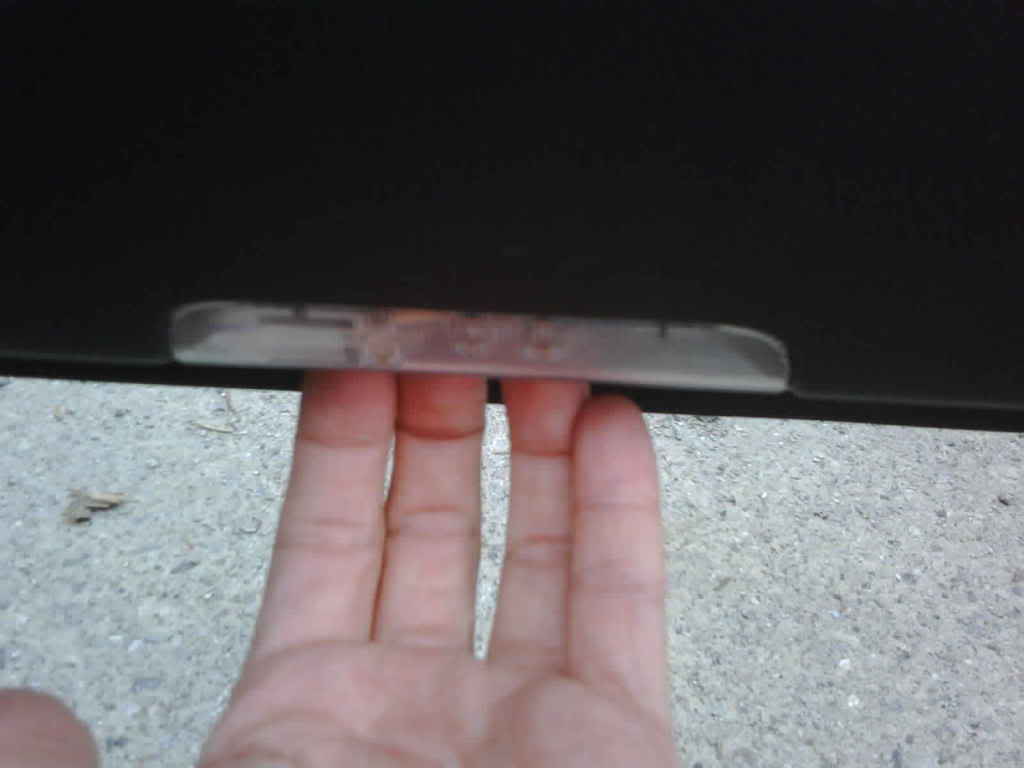 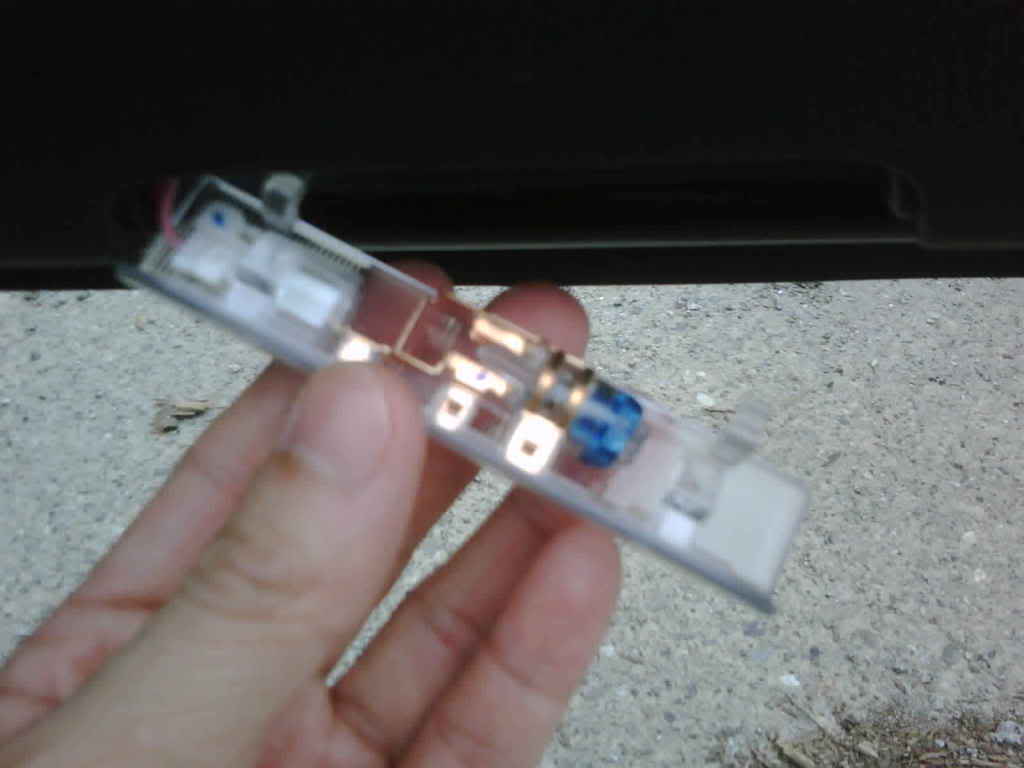 Visor lights:
Stick the butter knife into the bottom of the light cover, you’ll see a small notch where you can stick it into.apply some pressure and the cover will bulge out, allowing you to pull it off.These bulbs are hard to pull out, so as you did with the dome light, stick the butter knife behind the bulb and gently pry it out.now, these led’s are polarized, so you have to put them in the right way.if you look at the reverse of the LED bulb, you’ll see a small metal piece, this should be at the bottom when you insert the LED.And make sure that when you insert these, that the LED’s face outwards. 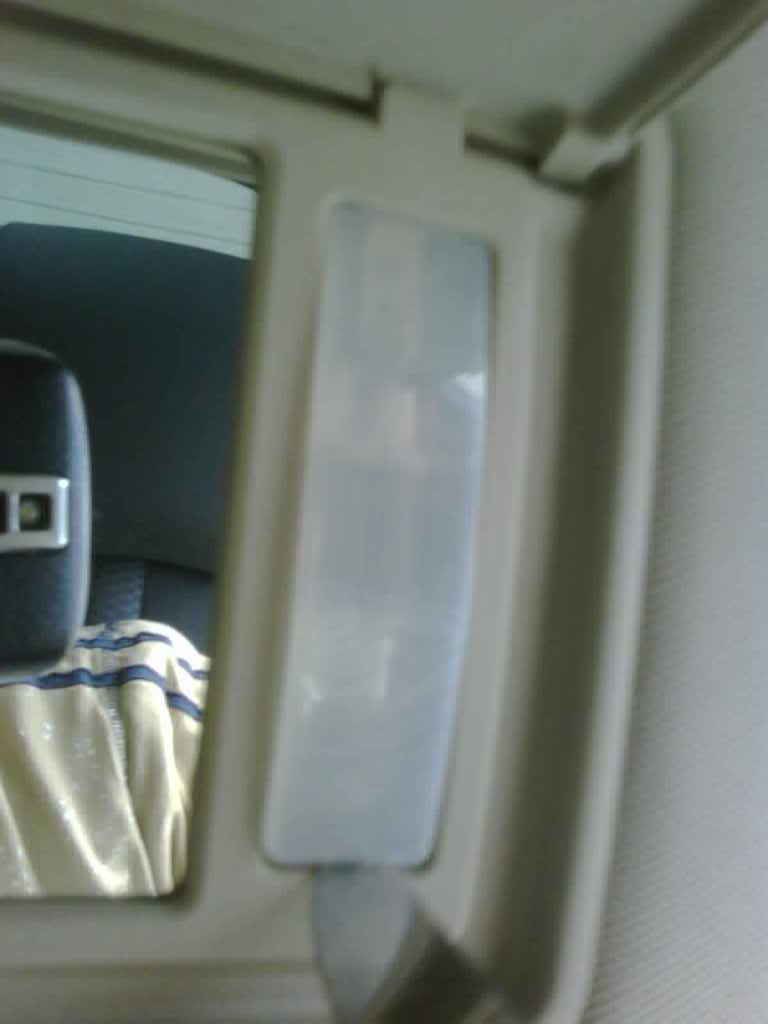 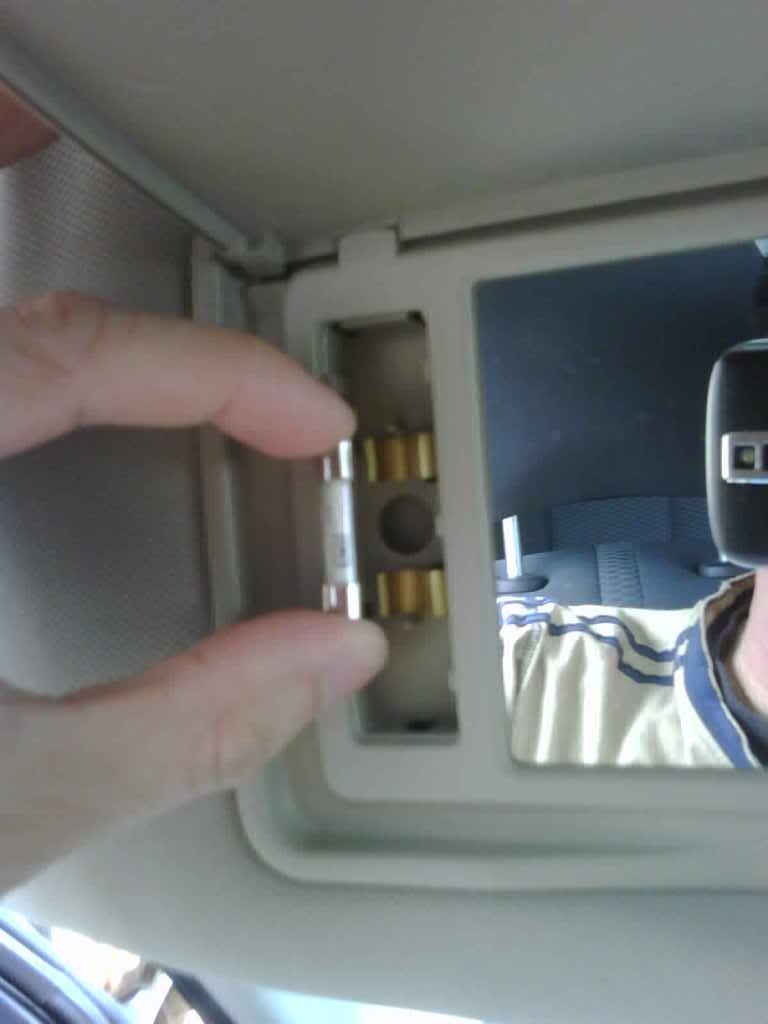 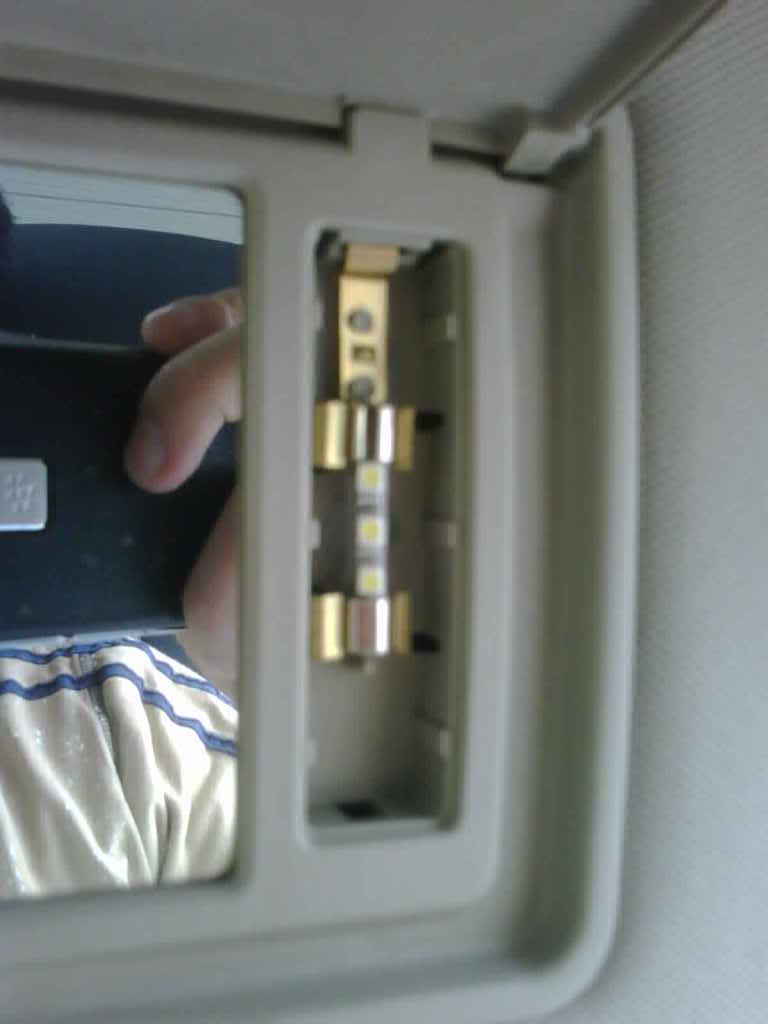 License plate lights:
Open the trunk and remove the clips.Stick the butter knife in between the center cap and the outer ring.Prop it out and it will pop out halfway, then pull out the entire clip.Do this for half of the carpeting until you can access the license plate bulb assembly.Be careful of the escape latch, the carpeting needs to be maneuvered around it to make sure you don’t break the latch.When you separate the carpeting form the trunk, you’ll see 2 gray bulb assemblies.Turn each one counter clockwise one quarter turn and they’ll come out.Replace the halogen bulb with the LED bulb and you’re set!Again, don’t forget to test the bulbs before you put them back in. 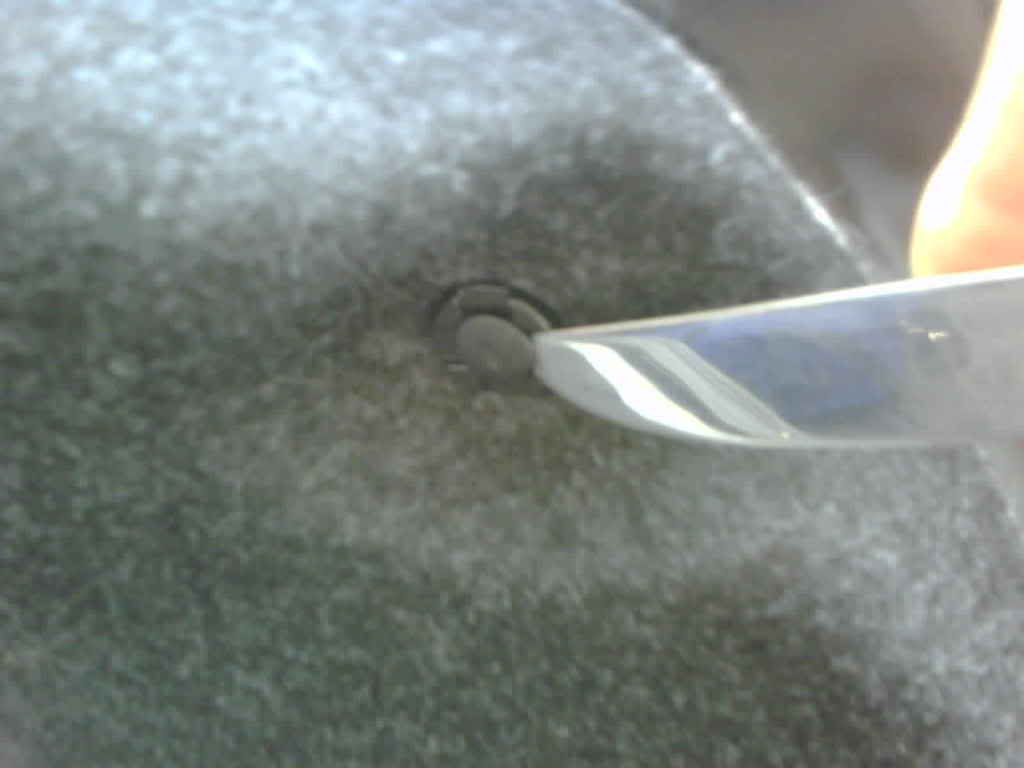 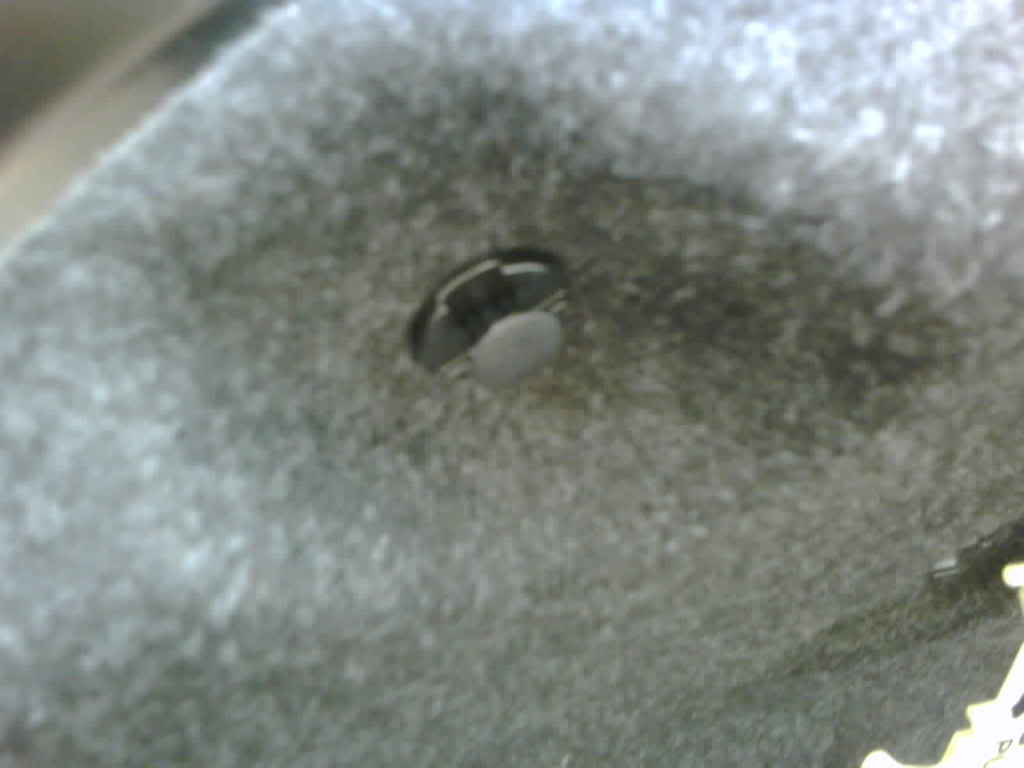 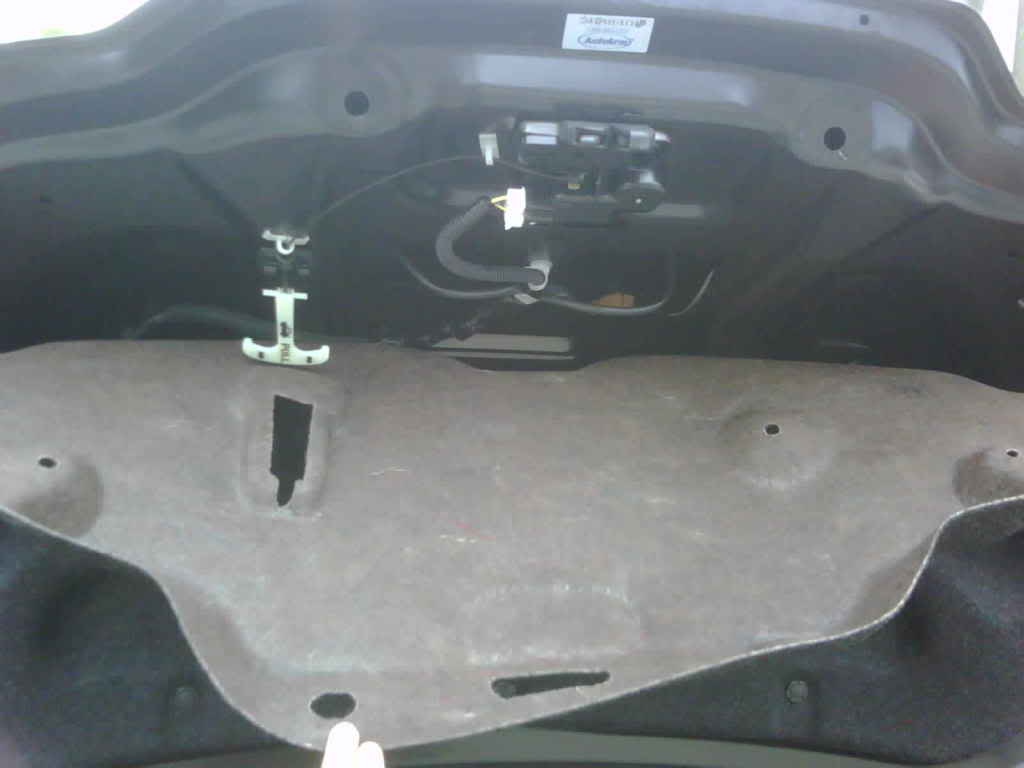 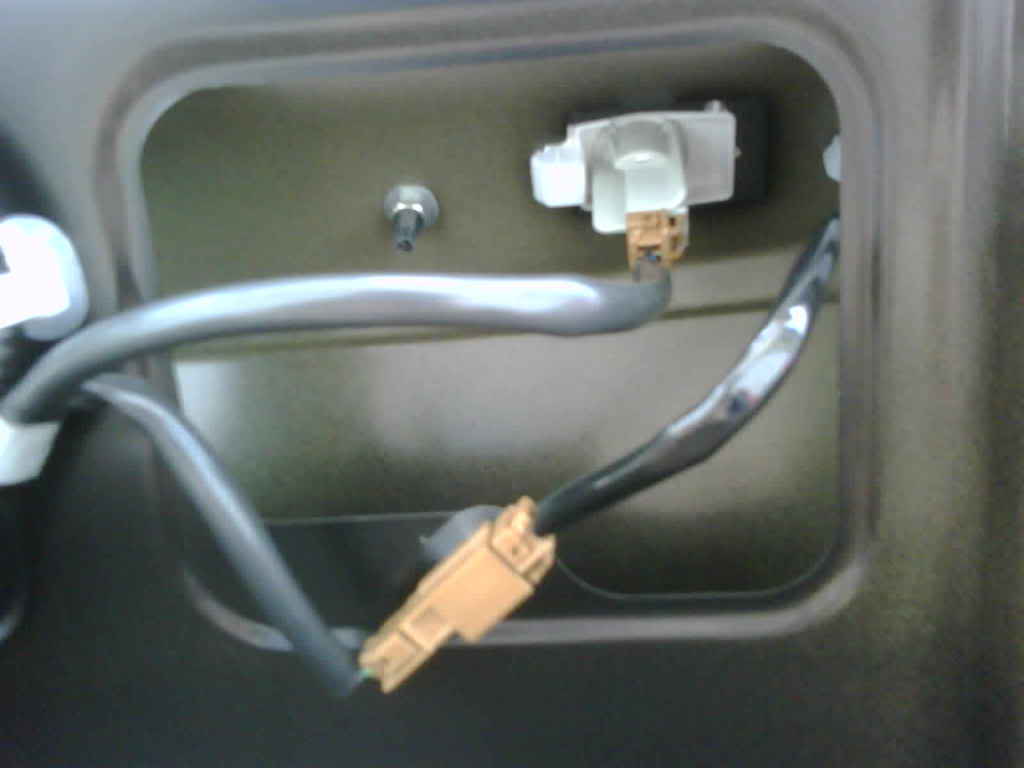 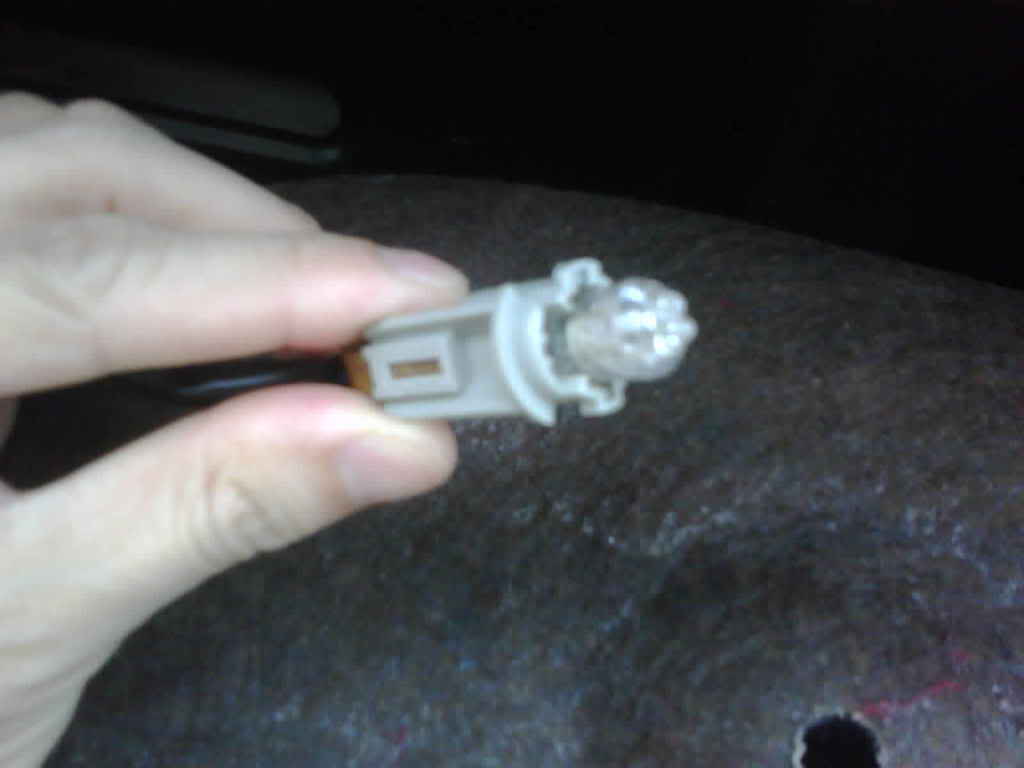 now put on your shades and enjoy the light! 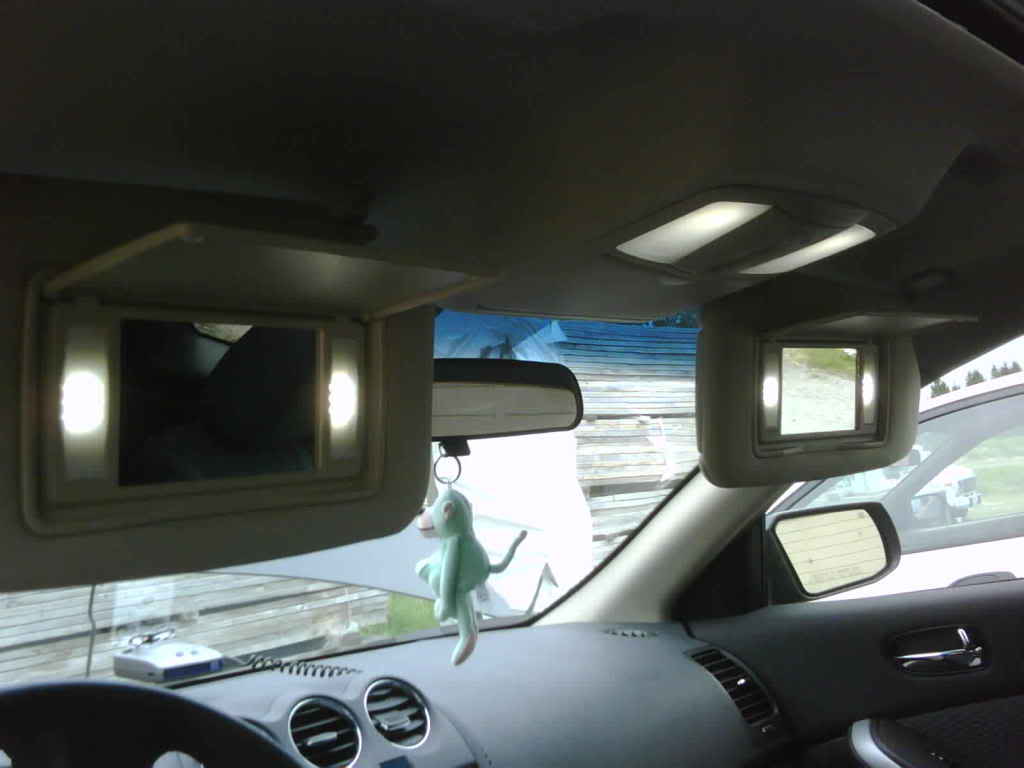 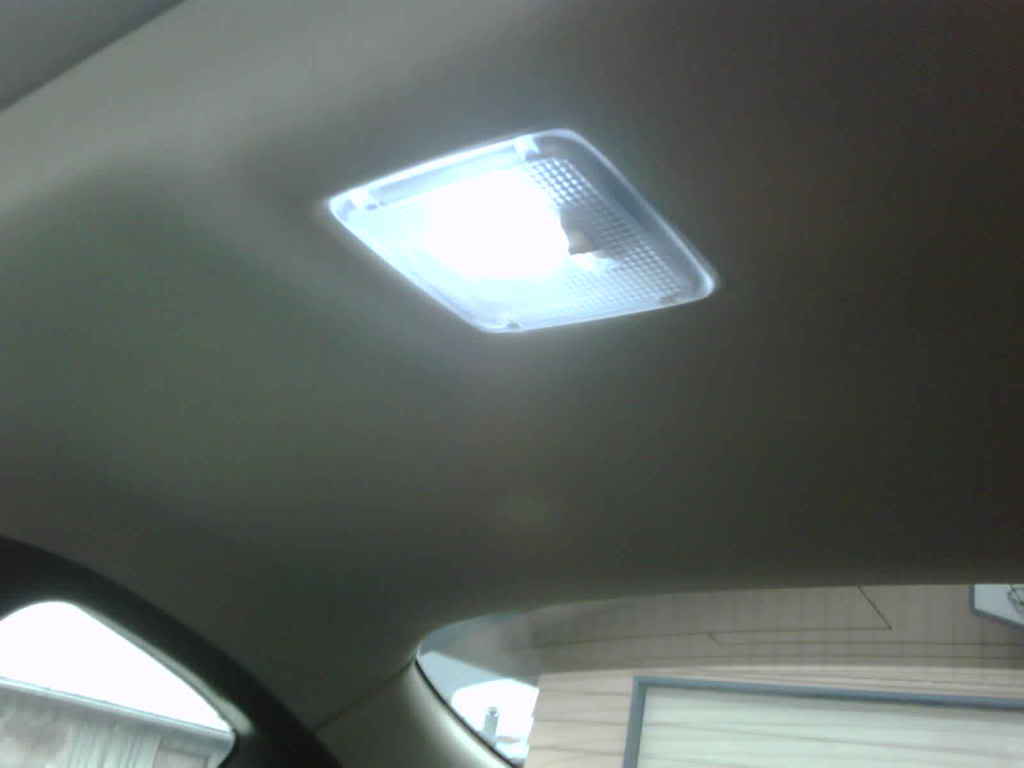 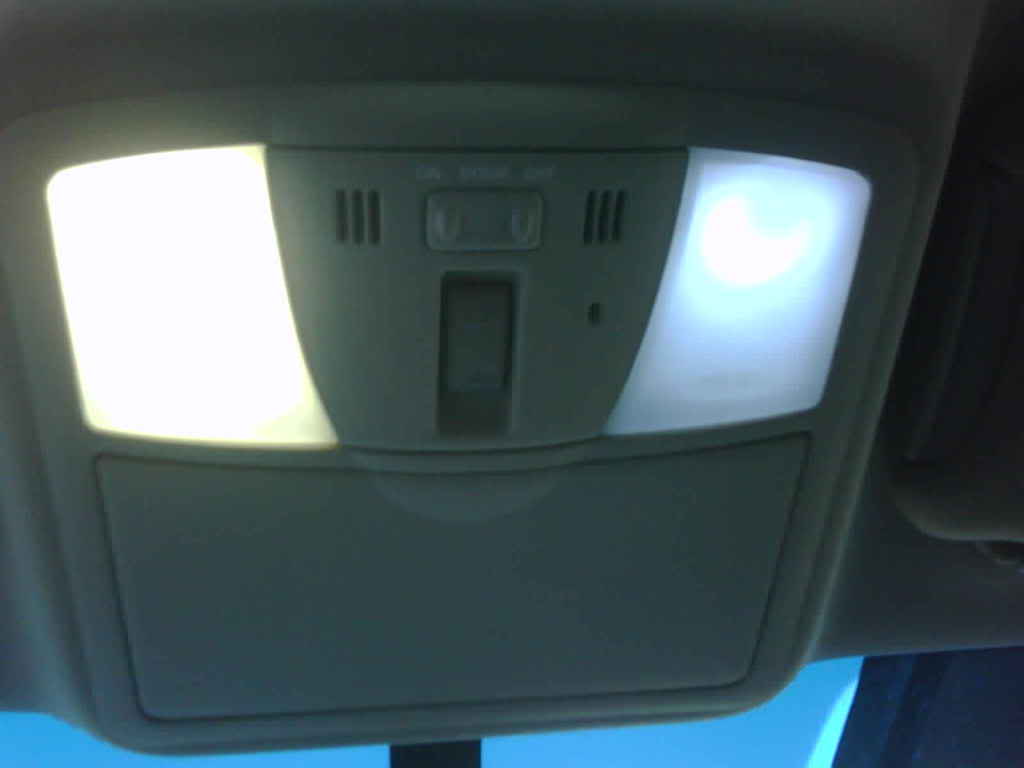