When I found out that I had won a contest that Nissan was offering for 2 employees to travel to the NTEA Show in St. Louis, MO, I was excited to watch the new LCV be revealed.  I have been working on the program for almost three years and it was going to be very exciting to witness the reaction of the public to the new van.  The second winner to blog for the trip met me at the Jackson Airport Tuesday morning to catch a flight to Memphis and then St. Louis, MO.  Our third member of the crew met us in St. Louis, as he was driving in from Franklin, TN (HQ).  After arriving in St. Louis, Corey (the second winner) and I took the Metrolink transit to the Stadium train stop and then walked about four blocks to the Millennium Hotel where we were staying.  Along the way, Corey and I stopped at Busch Stadium for batteries for Corey’s camera. 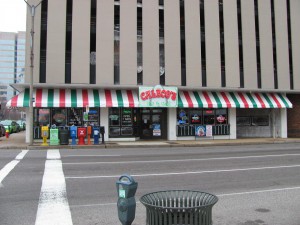 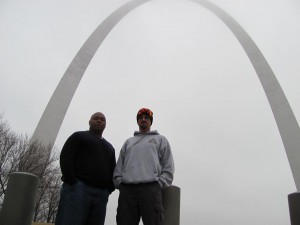 We met Keith (our 3rd member from HQ) at the hotel later and went out for a walk around downtown St. Louis.  Our stomachs were starting to grumble from not having lunch, so we stopped at Caleco’s for lunch and time to get to know each other.   We were staying a few blocks from the Arch, so we walked over there and went to the museum underground below the Arch. 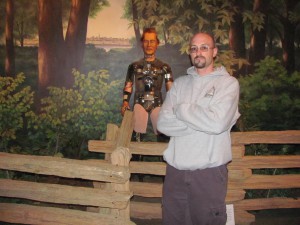 We read about the Arch being the largest croquet gate ever built “Gateway to the West” and realized how we won the West.  We had naked cyborgs!

We toured the baseball exhibit there in the museum and took a few pictures.  I found yet another calling, so move over Billy Mays, I’m going to be the next pitchman. 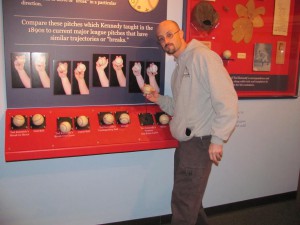 After the museum we decided to take in all the sights and made the trip to the top of the Arch.  After you go up and down some stairs, you come to the biggest doggie door I have ever seen.  They tell you to stand back from the door, and then it opens to reveal a space capsule from Spaceballs.  Ejector pod away!  I never did find Lord Helmet though. 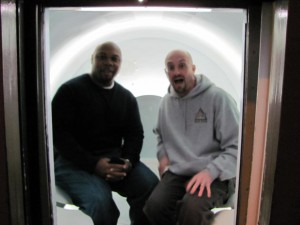 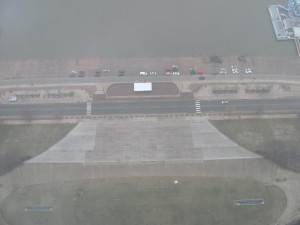 Once you get to the top its 630 feet down to the ground, which really is farther than you think.  Cars look like miniature toys from that distance.

After the Arch we went back to the hotel for rest as it was going to be a busy night.  Later that night we walked to the Renaissance Hotel for a meet-n-greet with the dealers and many Nissan executives and staff.  We were able to meet a few new faces during the night and even ran into familiar faces from the Canton assembly plant.  After a night of enjoy small talk with everyone about the reveal on Wednesday, we left the party for the night. 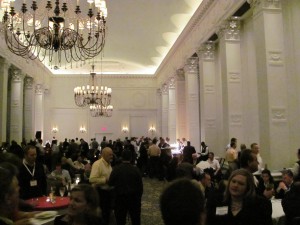 Wednesday morning started early for us.  The dealer breakfast started at 7:30am.  We got there just after it opened and grab a few kiddie bowls of Cocoa Crispies (OK, it was really just me eating the kids cereal) and a few pieces of fruit.  We had to grab our credentials when the meeting started and then we headed down to the show floor and Nissan booth.  The Nissan booth was really well designed in my opinion.  They had the NV covered with a big cloth and the marketing team was finishing up preparing for the big show.  The team members came by as they could to meet Corey and me.  Carlos Tavares (MC-Chairman of the Americas) was finishing his walk around of the booth and stopped by to say hello also.  After meeting Mr. Tavares, Keith suggested Corey and I walk around the show before it opens so he could take some video of us for the show report on the various Nissan sites.  We walked through the competitors booths and most of the upfitters to see what potential is out there for the NV in the marketplace. 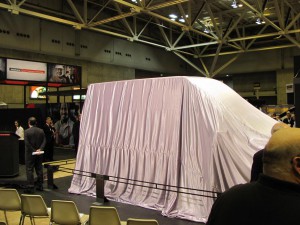 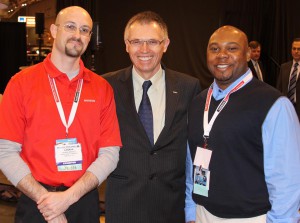 As 10 o’clock quickly approached, we found our places for the revealing.  Keith suggested that we camp out at the stage for media cameras that were going to film Joe Castelli and Carlos Tavares speaking.  It was a great idea.  We were able to see all the monitors during the presentation and also witness the crowd’s reaction when they pulled the cover off the NV.  What you didn’t see on the video were the 400 people standing around the Nissan booth.  I think the whole NTEA Show stopped for 15 minutes while the NV was revealed. 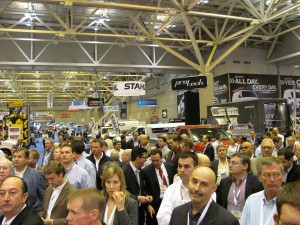 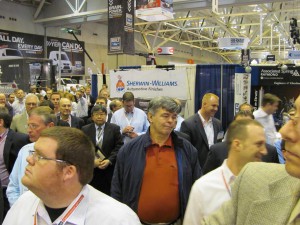 As the presentation started, I could feel the energy start to build.  The Marketing team hustled to make sure everything was well prepared and Carlos Tavares started his section of the presentation.  After 4 minutes of introducing the NV concept, the cover came off and the crowd went wild!  All the cheers you hear in the footage are the dealers going crazy for the new NV. 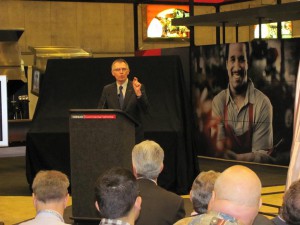 Joe Castelli (Vice-President of the Light Commercial Vehicles Division) took over and finished the presentation.

Wow, the reaction was great from everyone there at the reveal!  After the presentation finished, the crowd spent the rest of the day going through both of the display units and asking a lot of questions to the staff at the booth.  Corey and I spent the next few hours interviewing a lot of the Nissan executives and staff in attendance, with a quick break for lunch.  After lunch it was back to the booth for more interviews (we were interviewed by other media too).  PickupTrucks.com was there again this year to film the NV reveal and then Corey and I walked the show floor looking at the booths.  Keith took more footage of us enjoying the show, and we took some still shots for the blogs.  We finally left the show in the late afternoon and headed back to the hotel.  We went to a restaurant called Jake’s Steaks just North of the hotel.  Dinner was great, but we were all exhausted from the long hours of the show and all the filming.  Who knew you had to film hours of footage for a WIN portal blog?  It must have been in the fine print.  In the morning Keith dropped us off at the airport and we flew home through Atlanta.  It was a quick two days to be gone, but it was an experience of a lifetime.  Thanks to all who picked my blog entry from all those submitted, and thanks to everyone who I came in contact with at the show.  It was incredible.  eNVy was definitely the theme for the trip. 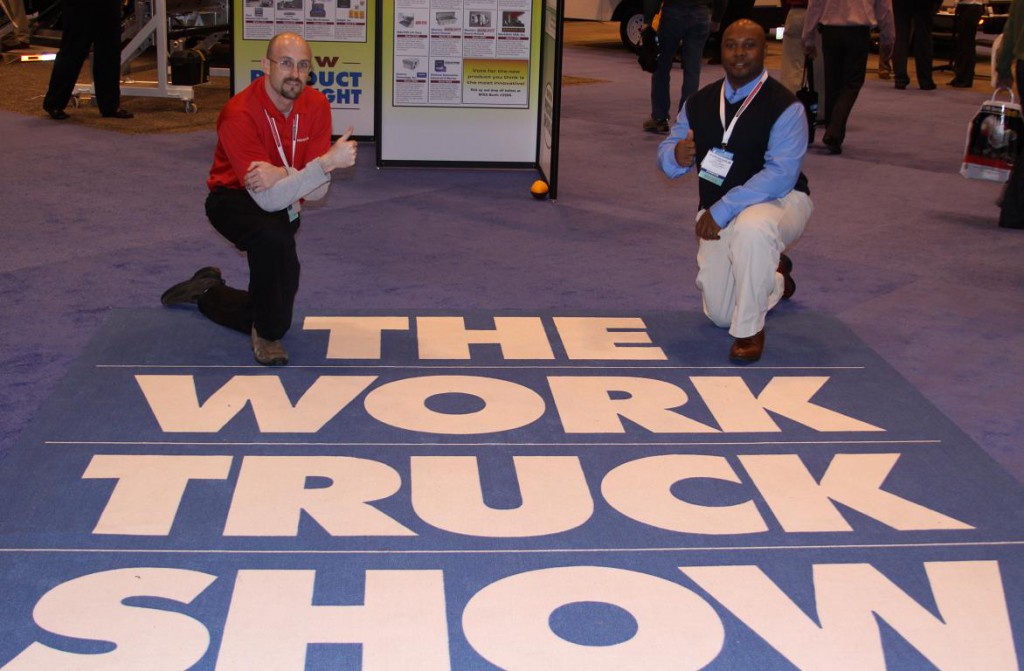