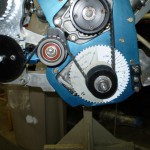 By now, there had been hundreds of calls and emails to folks asking for information to figure out how to get the fuel injection working again. The fuel delivery system had to be modified to a bypass pressure control configuration to supply the mechanical fuel pump with a constant suction pressure.

I chose an Electromotive HPX boost capable multi coil ignition system because no one (not even MSD) could tell me if and how the specially designed and modified boost compensating 7AL2 that came with the car spares worked. Here, you can see the HPX ignition trigger wheel installed. 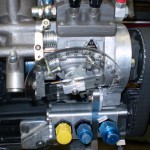 Moving the pump, pivot location, link lengths, etc. can make you start literally at zero in order to tune/adjust the fuel curve. This was part of the puzzle that took so long to figure out.

The original car had an aluminum dashboard. The Electromotive ignition can be seen here, mounted atop the gauge panel. 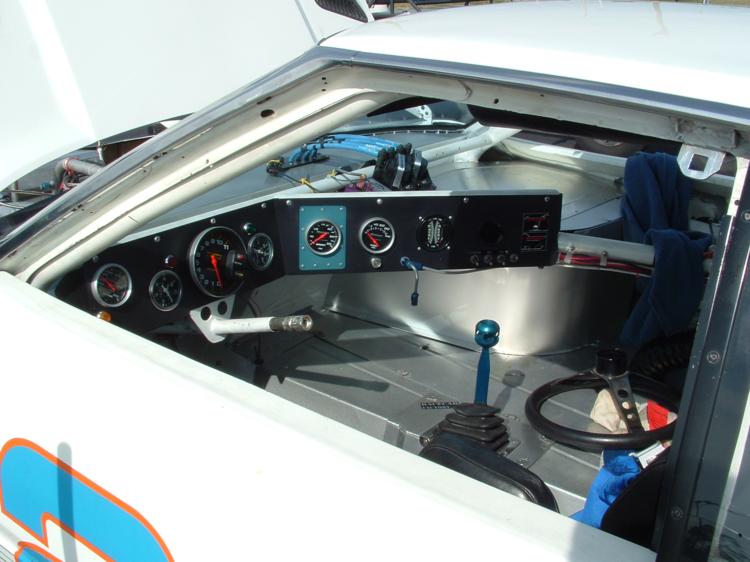 The following images show the engine both before and after the suspension was installed. Note the water to oil cooler just below the upper control arm. The Corvette aluminum radiator handles all water and oil cooling duties. The turbo water cooling circuit comes directly off the water pump discharge via a tapped hole in the front cover. Oil cooling for the turbo and the fuel injection pump utilizes the automatic transmission cooler heat exchanger in the radiator. 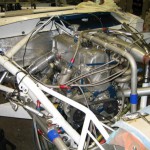 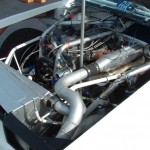 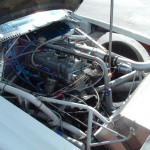 The time had come… First start-up! This engine had not run in over fifteen years and literally fired right up. Didn’t run real well… but it ran!

FIRST RUN AT THE DYNO 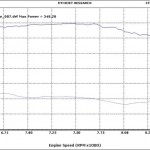 Transported the car to Pettit Racing here in Palm Beach County to a friend’s dyno. After a lot of head scratching, and shot in the dark tuning, we managed to get the car to produce about 300+ Hp at 20 psi boost at the rear wheels and it seemed to be drivable. The A/F curve seemed reasonable for now even though was a little lean condition at 5,000-6,500 RPM. As the boost and RPM increased the A/F was in the 11.5 range which was fine. The Kugelfisher pump had an easy enrichment lever but it affected the entire operating range including idle. Further adjustment in this area was warranted. Subsequent dyno runs and tuning eventually got the system to a reasonable performance level. (Realize this was a BMW-specific system.) The linkage position, angle, travel and link lengths all had to be adjusted to dial the A/F ratio in to a drivable condition.

FIRST TIME AT THE TEST TRACK 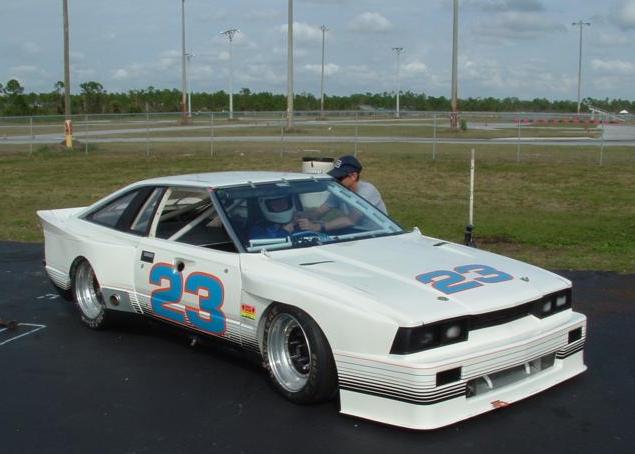 We took the car to what is now Palm Beach International Raceway which is only 15 miles from my house. The car was fast and relatively well behaved. Only significant problem we encountered was a loose hose to the boost-compensating piston on the injection pump. No boost enrichment leads to an extreme lean condition; not good. Turbo lag was non-existent and as the boost increased you needed to have car aimed were you wanted to go because the acceleration was brisk. Tire spin was an issue even though the car runs 25X13 inch (wide) X16 Goodyear racing slicks.

FIRST COMPETITION
Off to Sebring for the first HSR race weekend. Disaster struck almost off the trailer. A set of locally modified fuel injection line fittings broke and dumped fuel on the heat shield and intake manifold. No fire, but a very close call. Lesson: Never, ever, ever skimp on anything that carries pressurized fuel. The local Aeroquip hose shop assured me that the fittings would be fine, but that was not the case.

We trailered the car home Friday assuming we were done for the weekend. At 2:00 A.M. Saturday I woke up with the thought that with all the Porsches, Mercedes, Ferraris and BMW’s in Palm Beach County, SOMEONE had to have a set of stock fuel lines that would work! That morning I started calling some shops that I knew about and sure enough Gunnar Racing was open and dug through their spares and were kind enough to lend me 4 Porsche Motor Sport fuel lines. Put the car back together, we had had some other issues requiring a little attention. We went back to Sebring and finished second in the last race of the event on Sunday.

Subsequently, I had new all metric fitting fuel lines made using Aeroquip domestic braided hose; expensive because they are metric adapter fittings but robust.

The 200sx is introduced to a new generation…