HSR COMPETITION
In Historic Sportscar Racing (HSR), the cars are the stars, and spectators are treated to prior winners of great events such as the 12 Hours of Sebring, 24 Hours of Le Mans and 24 Hours of Daytona. Events are as educational as they are adrenaline-inducing, as fans are exposed to pieces of history at the track.

We fought several problems with the car mainly concentrated around head gasket sealing. This engine used a special pressurized stainless steel doughnut sealing ring recessed into the top of the block and a separate fabric gasket. I ran the first engine as it had arrived assembled from Mike. It worked very well. The engine was very responsive and seemed reliable. 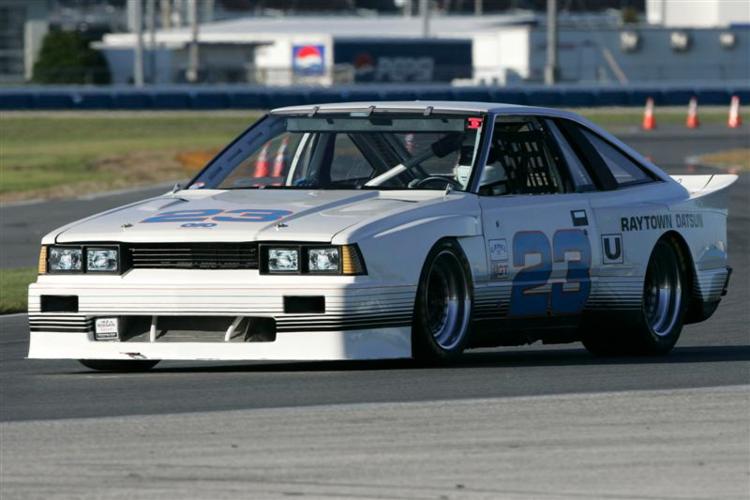 But the gremlins from the past showed up at Daytona in turn 2 at around 120 MPH; the wastegate failed and instantly smoked the tires, turning the car sideways. Out of the corner of my eye I could see the boost going past 40 psi! I am sure the engine instantly made well over 500 HP; hence the tire spin. Bottom line, I smoked the wastegate diaphragm and resulted in a blown head gasket.

I rebuilt the second engine, which came with the head removed and things went south. We had a lot of trouble with head gasket sealing and with the supply of these special sealing ring parts waning, we abandoned that design, sleeved the blocks and O-ringed them with a custom Cometic gasket that has worked well. Over the next several years we went to HSR events not to compete but to drive the car, continue tuning the injection and staying out of everybody’s way. 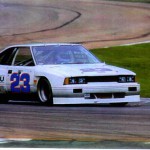 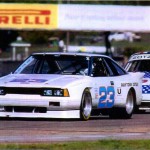 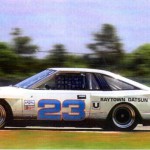 The car was very fast as is shown in the video below. We calculated the car ran well over 170 MPH on the front straight at 8000+ RPM and I lifted because the car felt a little odd coming out of Turn 4 at that speed. Later we found out that the rear tires were rubbing against the body upper fender wells because the car was generating enough downforce at top speed to compress the springs. We later put bump stops on the shocks to reduce suspension travel.

All good things must come to an end, and not long after, I retired from my job of 37 years in 2010. This necessitated retiring from racing as well, due to the expense, even though now I had plenty of time.

1980 Nissan/Datsun 200SX IMSA Turbo GTU for sale
This unique and historic car, of course, is now for sale for an asking price of $125,000. Interested parties, please contact Bob at [email protected]

We hope you’ve enjoyed spending some time with Bob and his amazing Datsun… Special thanks to Bob Burgess for taking some time to share his story with us. Here’s hoping the 200SX sees a lot more track time with a new owner!

Questions? Comments? Just want to discuss the 200sx or the article? Here’s the spot!