Is it always necessary to resurface brake rotors when replacing pads?

No. The rule here is resurface when necessary, don’t resurface when it isn’t necessary. If the rotors and drums are in relatively good condition (smooth and flat with no deep scoring, cracks, distortion or other damage), they do not have to be resurfaced. Resurfacing unnecessarily reduces the thickness of these parts, which in turn shortens their remaining service life. 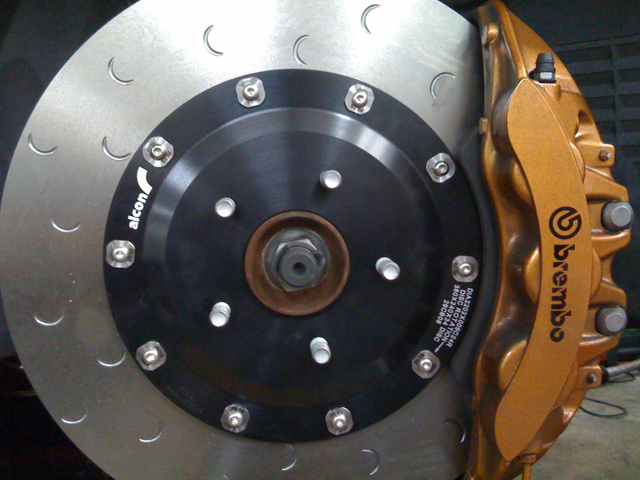 According to the uniform inspection guidelines developed by the Motorist Assurance Program (MAP), “friction material replacement alone does not warrant rotor reconditioning.” Whether or not the rotors or drums need resurfacing or replacing depends entirely on their condition at the time the brakes are relined.

Even so, many mechanics prefer to resurface rotors and drums when relining the brakes to restore the friction surfaces to “like-new” condition and to minimize any chance of brake squeal.

A number of things must be considered to determine whether or not resurfacing is really necessary:

Surface condition. The most important criteria. Scoring, pitting or other minor surface imperfections should be cleaned up by resurfacing. Resurfacing is also recommended if the brakes have been noisy. If a rotor or drum is cracked, however, it must be replaced.

Lateral runout on rotors. This must be measured with a dial indicator against the face of the rotor. If rotor wobble exceeds OEM specs, reindexing it on the hub (if possible) may help reduce runout. But a better solution here is to resurface the rotor on the vehicle using a special “on-car” lathe. This type of equipment cuts the rotor true to its axis of rotation.

Rotor warpage. Variation in the thickness of the rotor or uneven spots on either rotor face will cause the brake pedal to pulsate or shudder when the brakes are applied. Flatness can be checked by placing a straight edge against both faces of the rotor. Thickness must be checked with a micrometer at six or more points around the rotor.

If parallelism between rotor faces exceeds OEM specs (generally about .0005 in.), or if the rotor is warped or has hard spots (which are often discolored blue or black), the rotor should be resurfaced or replaced. Hard spots that develop from overheating or uneven tightening of lug nuts can create raised areas on the surface that often extend below the surface. The metallurgical changes in the rotor often cause the hard spots to return after a few thousand miles so replacing the rotor may be the best long-term fix.

Rotor thickness and drum diameter. If a rotor is close to or at the minimum thickness specification (which is stamped on the rotor or may be found in a brake service reference book), it is too thin to be resurfaced and must be replaced. The same goes for drums, except the critical dimension here is the drum’s inside diameter (the maximum or discard diameter spec is stamped on the drum or listed in a reference book),

When a rotor or drum is resurfaced, the least amount of metal possible should be removed to maximize the remaining service life of the part. It’s also a good idea to sand rotors after they’ve been turned with #120 to #150 grit sandpaper to create a smooth, nondirectional or crosshatch finish. Sanding helps “plateau” the surface by knocking off the sharp peaks left by a lathe. Some brake lathe manufacturers say this final step isn’t necessary because their equipment leaves such a smooth finish. Maybe so. But sanding is still a good way to ensure proper pad seating and minimize the chance of noise with semi-metallic pads.

Finally, rotors and drums should always be cleaned with alcohol or brake cleaner before they are reinstalled. Resurfacing leaves a lot of metallic debris on the surface which can embed itself in the new brake linings and cause noise problems. Even if the rotors or drums have not been resurfaced, cleaning is recommended to remove dirt and grease (which can contaminate new linings and cause uneven braking or grabbing).

As for replacing or rebuilding the disc brake calipers when the brakes are relined, this too isn’t absolutely necessary — but not doing so may be asking for trouble later. A caliper that’s leaking brake fluid, is damaged, has a frozen piston, or is causing uneven pad wear obviously needs to be rebuilt or replaced. But what about a caliper that isn’t leaking and seems to be working fine? Those who subscribe to the “don’t fix it unless it’s broken” philosophy of brake repair think they’re saving time and money by leaving the calipers alone. Maybe so. But most brake experts say it makes sense to go ahead and do the calipers when the brakes are relined. Here’s why:

Brake calipers, like any other mechanical component, wear and corrode with age. Every time the brakes are applied, the back-and-forth motion of the caliper pistons produces a slight amount of wear. At the same time, moisture is building up in the fluid. After several years of service, the fluid may contain as much as 3% water — which is enough to produce visible corrosion in the caliper bores and on steel pistons. As the surface of the pistons become rough, they scour the seals with every application of the brakes. Eventually this will lead to fluid leaks and pad contamination.

So even if a caliper isn’t leaking, it’s still aging inside. Rubber piston seals and dust boots harden and become brittle over time. One of the jobs the piston seals do besides keep the fluid where it belongs is to help retract the pistons when the brakes are released. When a piston moves out, it twists the square cut seal slightly. This helps pull the piston back when the brakes are released to keep the pads from dragging against the rotors. But as a seal ages and loses elasticity, it doesn’t do as good a job of pulling back the piston. Consequently, the pads start to drag resulting in reduced fuel economy, a possible brake pull and/or accelerated or uneven pad wear.

When boots get old, they often crack or split, allowing dirt and water to enter the piston bore area. The result can be accelerated seal wear, piston corrosion and sticking. What’s more, if the pistons are pushed back in to accept new pads any dirt that’s found its way behind the boots will be shoved back into the caliper bores. This too, can contribute to sticking, binding and wear.

So there are valid reasons for rebuilding or replacing the calipers when the brakes are relined.

The same arguments that hold true for disc brake calipers also apply to the wheel cylinders in drum brakes. As long as they’re not leaking, sticking or damaged, you can leave them alone and take your chances. Or, you can do the wise thing and rebuild or replace them when you reline the brakes for preventative maintenance.