In the last installment, we talked with Kerryann about the “backwards” build on her Skyline GT-R… We’re sure you’re ready to get into some more discussion of what this is all about – racing – but there’s still some “build” stuff going on. Let’s check in with Kerryann and see what happened with the GT-R after the Fontana Nissan meet. 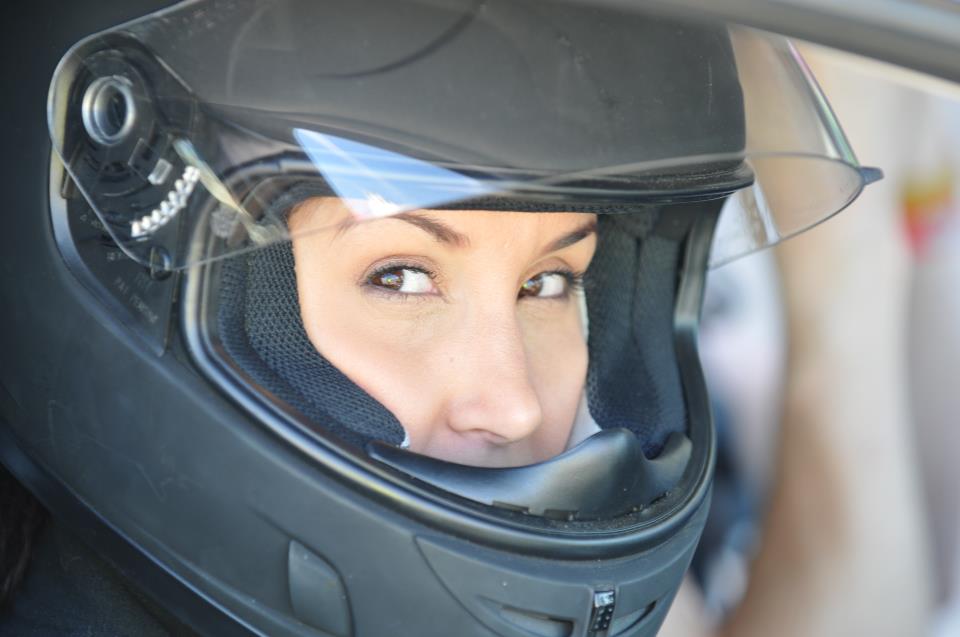 After the Fontana Nissan meet in August 2010, I started slowly acquiring both OEM and aftermarket parts for the car, mostly replacing old pieces that were failing – or about to. Nissan Race Shop at Fontana Nissan helped out big time, sourcing some hard to find parts for me. I was also fortunate enough to have Seibon Carbon Fiber include my car in their feature vehicle area for SEMA 2010…This meant the heat was on to make sure the car was ready – We only had about a month!

I called on Enkei to provide my all-time favorite racing wheel, the NTO3+M in 18×10.5 +30 (which I subsequently powdercoated satin black). A little about Enkei: I have had a relationship with the company since 2009, working as a booth spokesperson at SEMA. They were generous enough to be my wheel sponsor and have been promoting me as a driver since that time. Even before that, I had been using Enkei wheels and trusted them on my previous track cars, so it was a a perfect partnership!

Cobb Tuning SoCal located in Fountain Valley, CA jumped on board to assist with advanced engine work. Buddy Club provided their P1 Racing Bucket seats, rails and harness. Falken provided their RT615K tires in 265/35/18. KW Suspension provided a somewhat custom setup of their Variant 3 coilovers, tuned by suspension guru Robert Fuller of Robispec. Boy, am I spoiled! Not only did I receive support in parts from my generous sponsors but also had a lot of guidance from Mike Kojima – thanks to him I was able to make better decisions with the build, I consider him to be one of my biggest influences when I began building the car.

I trailered the car to Las Vegas from Fontana and dropped it off at the Convention Center with the Seibon staff and headed home. When I arrived back at the Convention Center on day 1 of SEMA I was pleased to see Seibon had placed my car at the main entrance of the Central hall, alongside the 350Z driven by Formula Drift champ Chris Forsberg. I felt really blessed to have my car as a centerpiece for the thousands of people who would be passing through the hall over the next 4 days. 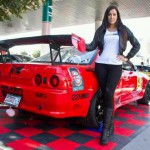 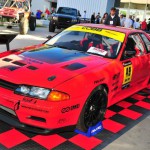 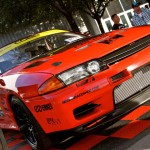 Not only did I have the privelege of having my car showcased at a prime location during SEMA, but Enkei had included us on a 2 page showcase in their 2010 wheel catalog, and featured me on a poster along with Rhys Millen and Lewis Hamilton! It was really turning out to be a great start to the project and my racing efforts – I couldn’t be any happier. Being at the Enkei booth during SEMA, I had many spectators inquire about my car – I was excited to see that despite the fact my car was one out of hundreds at this show, they immediately recalled seeing my car and were very surprised to see the car was owned and built by a woman. 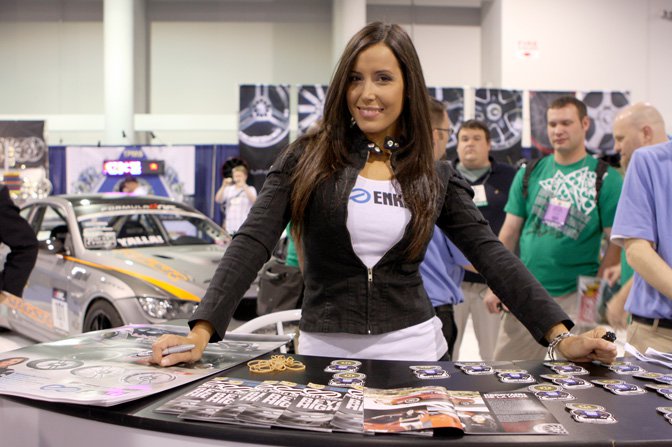 After SEMA I was back at it. Once we got home we got everything somewhat sorted out and together. I decided to run the car at Auto Club Speedway at the end of November during Redline Time Attack’s season finale, but only on the test day. I wanted to start getting a feel for the car (and driving from the right side) before I really started getting into the power modifications. The test day went ok… I had issues with the fuel pump because of an insufficient ground, so the car was running rich (better than lean!) and it kept dying on track and needing a tow to the pits. 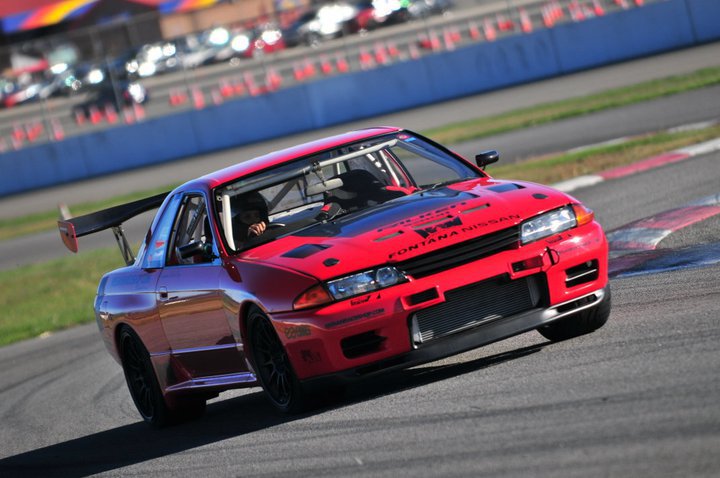 Needless to say it was quite frustrating and I wasn’t able to get very many clean runs in, and the runs I did get in, I was driving the car at 60% of what I would normally have done, basically limping it around the track just to be safe. It was nice to get the car out and get used to shifting with my left hand, and getting my lines down, but I would have enjoyed it more had the car run smoothly and if I could have driven it with a little more effort. The good news? I didn’t break anything! Now it was time to start getting serious for Redline Time Attack 2011, competing in the Modified AWD class.