We saved the best for last. As we walked up to the Infiniti Essence concept, we were stunned at its beauty. You see, Kyle had spoken to me earlier that day about how the Essence may be the most beautiful car he had ever seen. In skepticism, we went over to take a look, and after spending some time with this car, I must humbly agree. The Essence flat-out defines the future of Infiniti’s corporate designs, and ideas on where they may go. 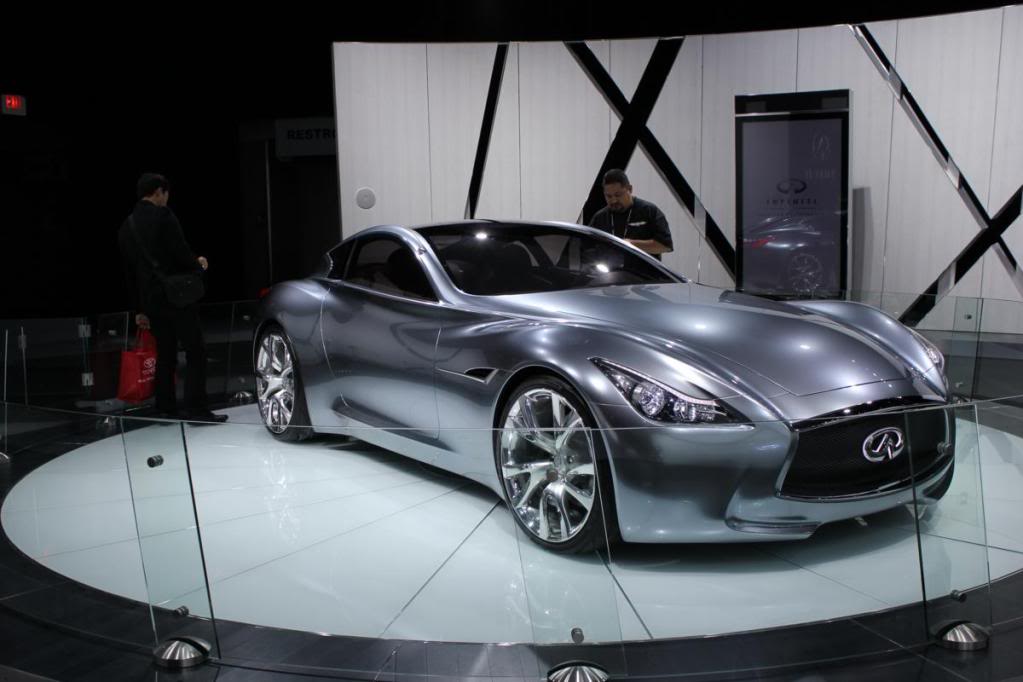 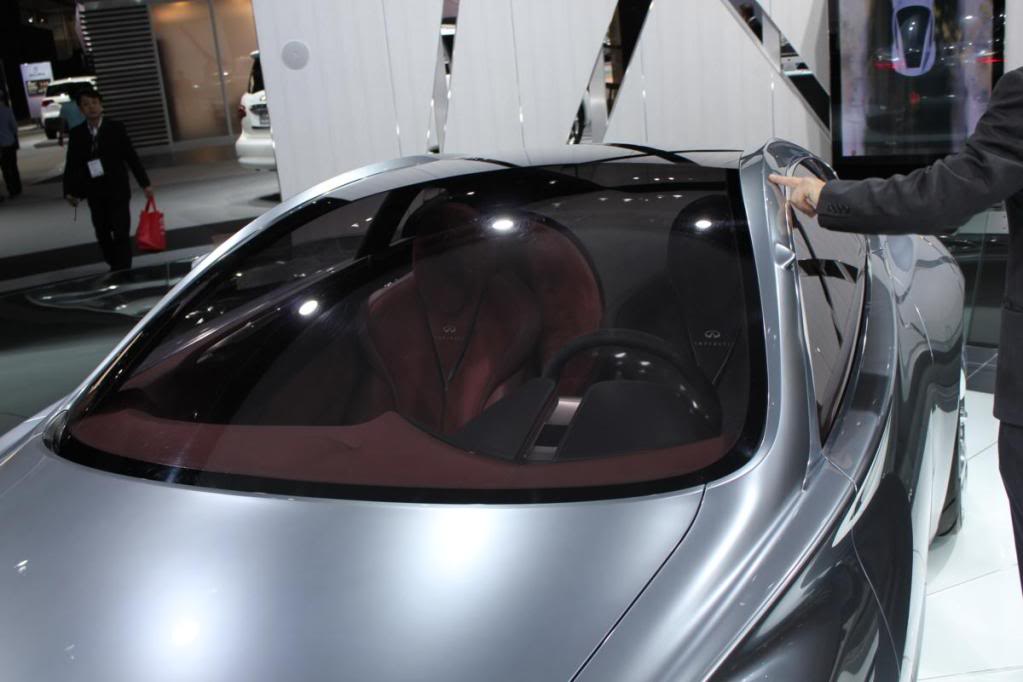 I was even more stunned during our tour when Kyle pulled out the keys and let us inside the Essence. In utter amazement, I open the door to the Essence coupe, and find a leather and suede interior that would rival that of the most expensive European luxury car. In an interesting twist, the leather is hand dyed, fading from various browns to silvers throughout the interior, and the two sides to this car are laid out in classic Japanese “his” and “her” designs. 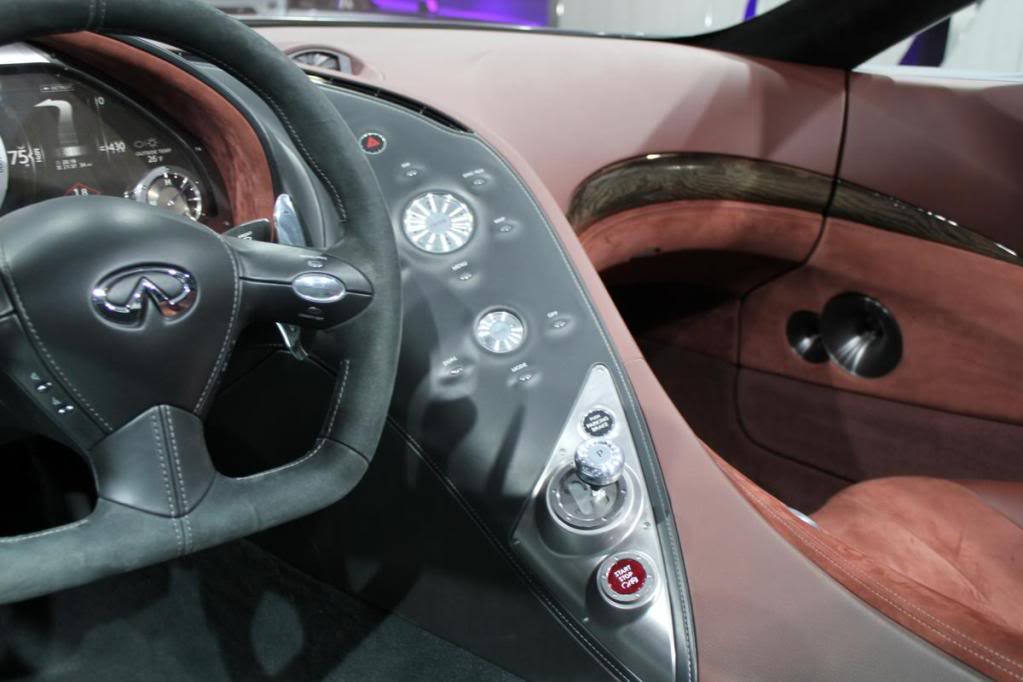 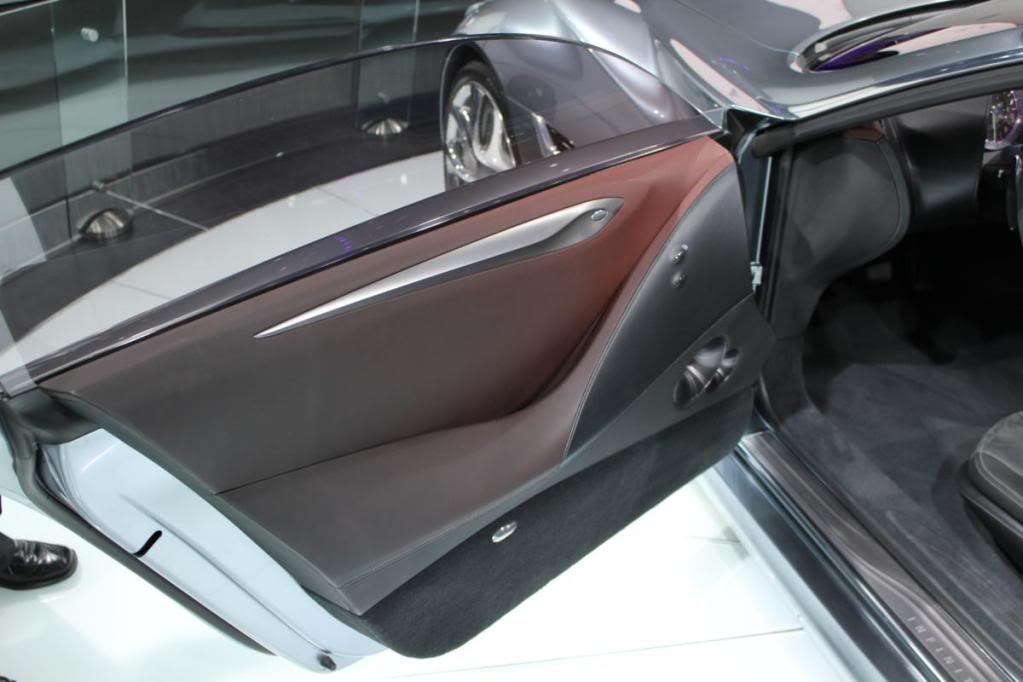 Each side is custom tailored to the idea that a male would drive, and a female would ride passenger, and everything reflects this concept. From the colors, to the shaping of the seats in reflection of Japanese Kimono’s, to the all-analog (aircraft-like) instrument cluster, it is just amazing. 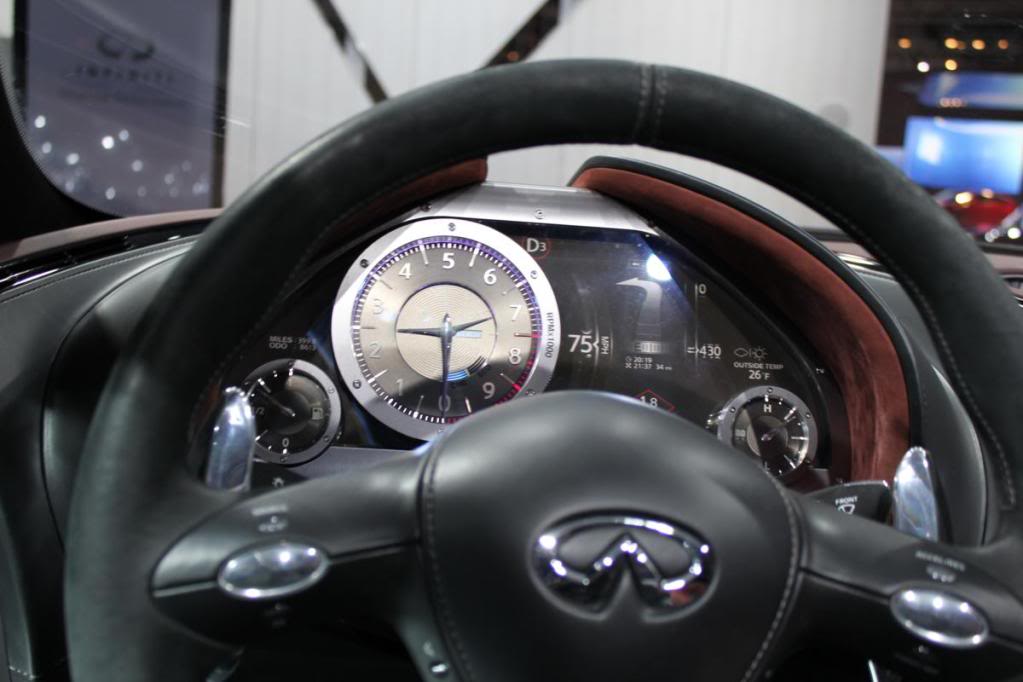 Unfortunately, the Essence is not currently slated for production, but it remains a topic of discussion amonth the Nissan / Infiniti top brass. Some things would have to change on the car, of course, for it to be production-ready, but even if this car comes out 80% of what it showed at the LA Auto Show, it will be a forced to be reckoned with in the styling category. While there were a few cars at the show that could be compared to the Essence such as the Jaguar C-X75, Lexus LFA, and Audi R8, in my eyes, the Essence was hands-down the best designed car there, and it absolutely stood up to its name by capturing the pure essence of a perfect sports car. You can bet that the staff here at NICOclub will be lobbying hard for its production.

Blake Harper (adidas2go) is a Moderator in NICOclub’s Altima Forums, and serves in the US Navy aboard the USS Ronald Reagan.