Last month, NICOclub received an invitation to come to the LA Convention Center to cover the LA Auto Show. Sarah Redman of the Zocalo Group always takes great care of us and gave us access to the Media Press Days event. Our west coast correspondent, Blake Harper, jumped at the opportunity to review the new offerings from Nissan and the chance to talk with some employees at Nissan about their new ideas and concepts.

Upon our arrival to the Convention Center, we met the lovely Jessica Reed (also from Zocalo), who would be our “tour guide”. She gave us a breakdown of her two most closely followed projects, the all-new Nissan Leaf, and the totally redesigned (and re-released) Nissan Quest.

Some interesting highlights were brought up about the new Nissan Leaf. As you already know, it will be the country’s first mass produced fully electric car. 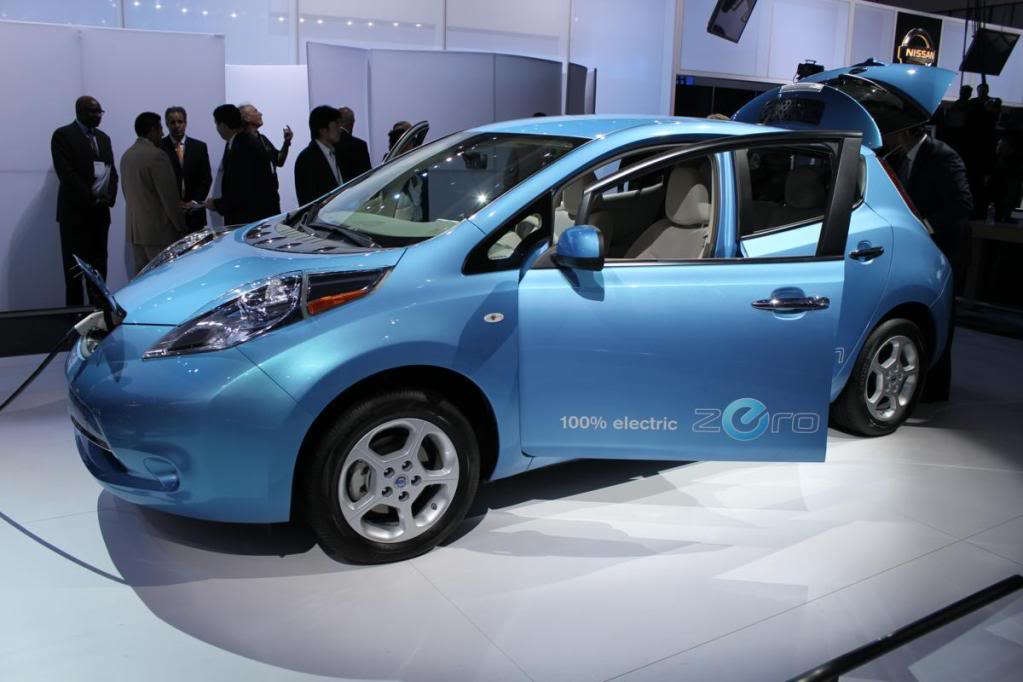 The battery life expected on this vehicle is about 100 miles of driving, with a 20 mile reserve power range. The home charging station can recharge the Leaf’s batteries to 100% in 7 hours, or you can flash charge the batteries with a heavy dose of DC power up to 80% in 25 minutes. You may also equip your Leaf with a small solar panel on the hatch that will provide enough energy to power your onboard electronics, saving your internal battery life up to 15% over the duration of your trip. The Leaf will produce 107hp, 207 lb-ft and will be available in 2011. The government will also be offering a $7,500 electric vehicle tax credit for Leaf buyers.

The Nissan Quest is back for 2011, and it’s back in a big way. This will be the first time the Quest isn’t built in America, as production has switched to Nissan’s Shatai plant in Japan where the fourth-generation El Grand is already being produced. 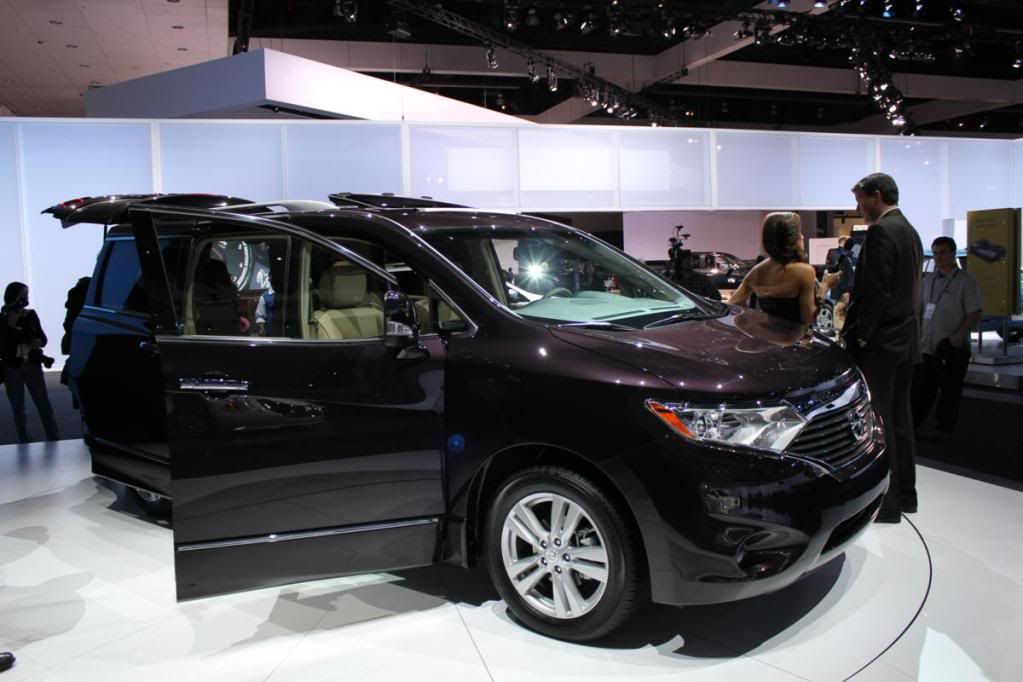 Power will come from the same 3.7-liter VQ V6 that powers nearly every other Nissan, with output in the 300 horsepower range. Front-wheel drive will be standard, and it was mentioned to us that there will be an all wheel drive option and an Infiniti version to go alongside Infitini’s new QX56. 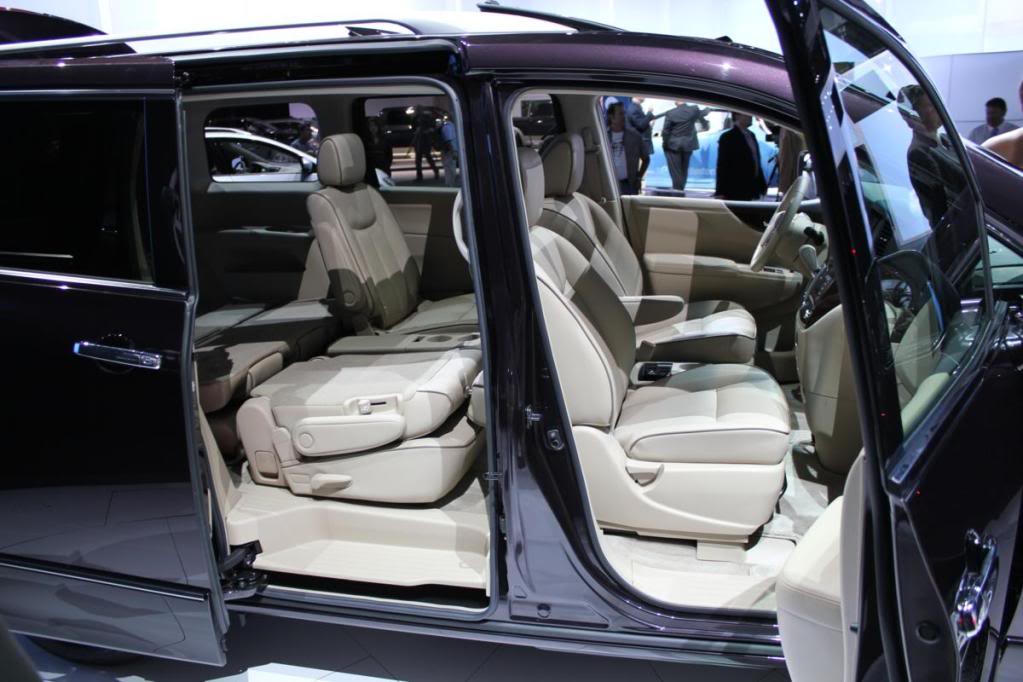 But don’t think this is just a rebadged El Grand. To make the van more in line with American needs and tastes, Nissan has added a full 5 inches to the vehicle’s width. This is to give the people-mover more room, but also to add high-speed stability and avoid the extreme tall and skinny look that is very common on Japanese market vans and trucks.

Read More: The CrossCabriolet, the Ellure, and the GTR.