During this part of our review, we were introduced to Mr. Kyle Bazemore, Infiniti’s Senior Product Communications Manager. He gave us a good run down on the upcoming Infiniti models: The M56, the QX56, the G25, the IPL G37, and the Essence concept.

First, we were introduced to the new and improved M56 sedan. The M56 boasts technological breakthroughs in the drivetrain that no one else has been able to accomplish: V8 power, in a V6 platform, with the fuel economy of an inline 4 cylinder. 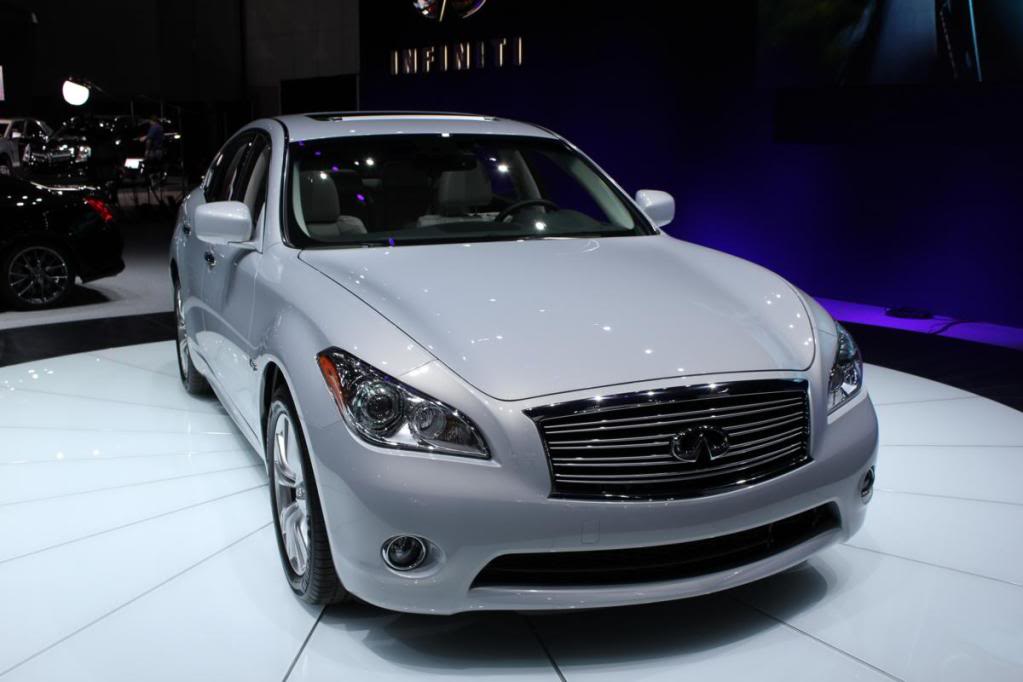 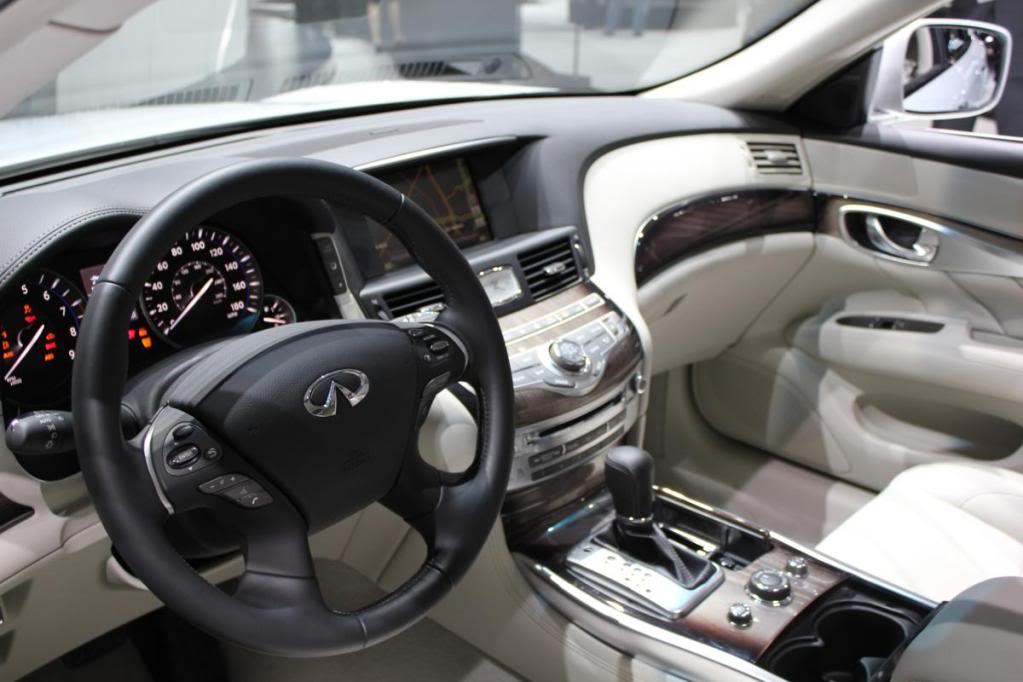 It’s absolutely amazing. With 420 hp and 417 lb-ft, the M56 becomes the first production vehicle to gain over 30 mpg with a 400hp+ engine. Technically, the M56 fits into the sports sedan class but Infiniti saw an opportunity to offer something that few of its competitors do – an “economy mode” that boosts gas mileage to four cylinder levels. At the push of a button, the M56 becomes a fuel sipper. Eco mode is one of four driver-selectable modes: Sport, Standard, Snow and Eco. MSRP of the M56 is set to start at $58,000.

Infiniti has finally foregone the trend of rebadging Nissan SUV’s and went in-house for the second generation of the luxury brand’s underrated full-size SUV. 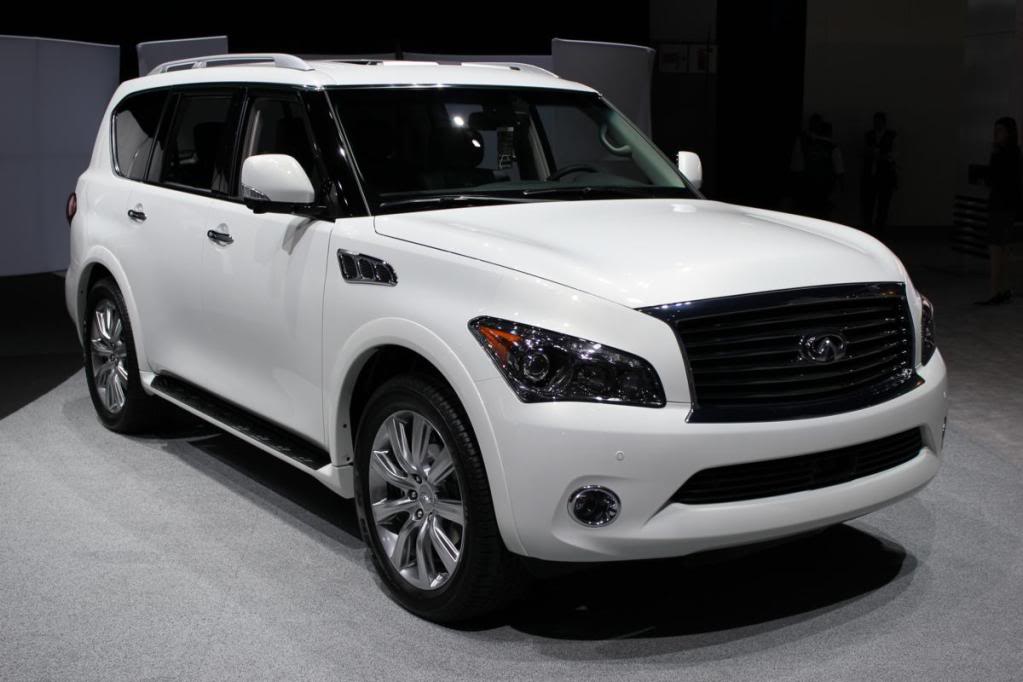 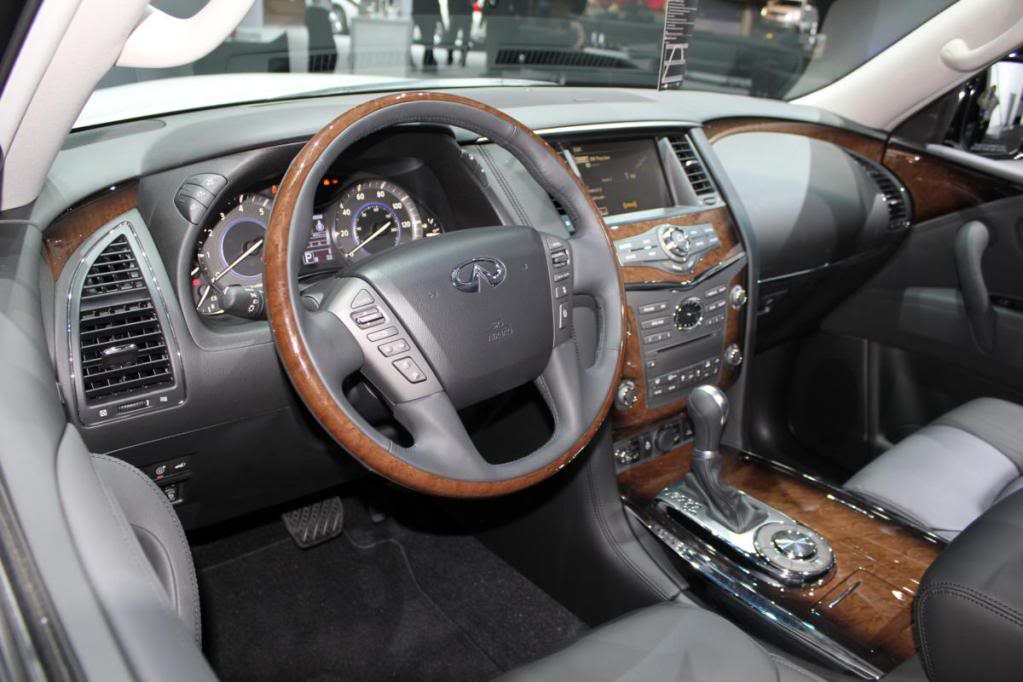 The 2011 QX56 is an absolute leviathan. While handsome, the body curves uncomfortably in some places, like the back hatch, disrupting the squarish side profile. The faux front fender vents, probably intended to break up the expanses of sheet metal, are unwelcome and look out-of-place. 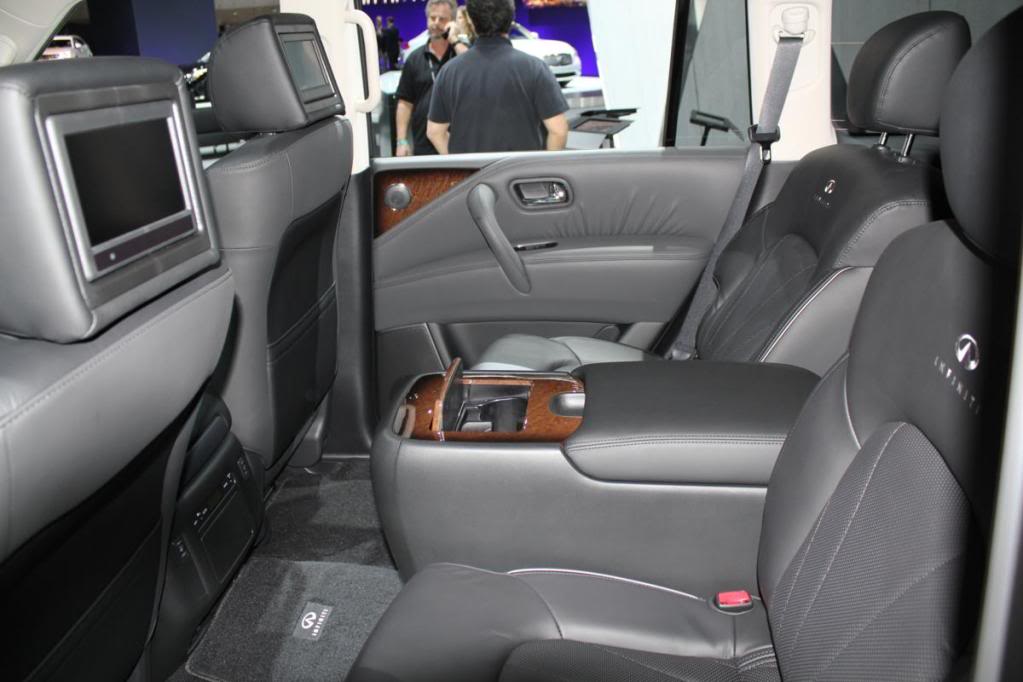 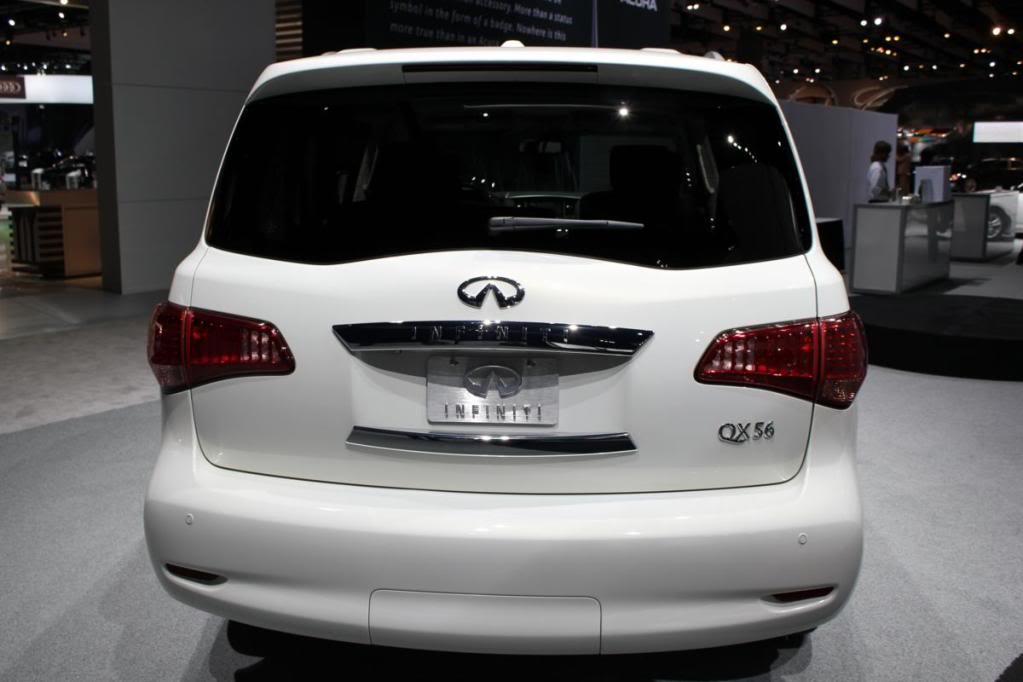 However, the venerable 5.6-liter V-8 engine boosts fuel economy 10 percent and delivers 80 more horsepower for a total of 400. A new active suspension helps the big Q stay flat on hard turns. Like most new Infinitis, the interior is a fine place to relax and receives a thorough dashboard upgrade with standard navigation and Bose audio. Pricing remains unchanged at $56,700 for the two-wheel-drive model.

Read More: The Infiniti G25, the IPL G37, and the Essence Concept.