Here are instructions on how to replace a wheel bearing assembly on an Infiniti G35.

The noise of a failing wheel bearing sounds like a brake caliper is sticking and leaving your brake on one wheel. I described it as a friction noise but I have heard it described as a whirling noise?

You will need a

#2
Turn wheels left for drivers side right for passenger side.
remove 14mm bolt on lower mount for strut 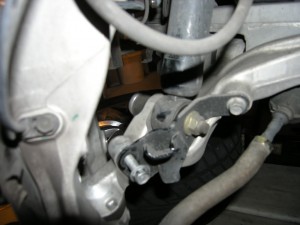 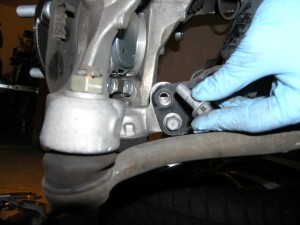 #3
Remove 4 17mm bolts from back of wheel bearing hub assembly. You will need to turn the wheel the opposite direction to get them all 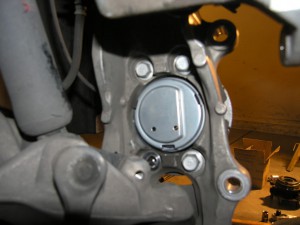 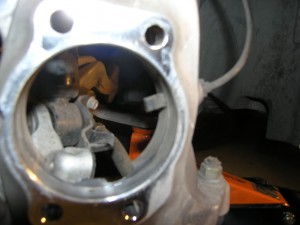 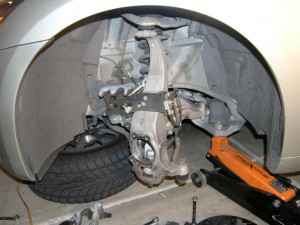 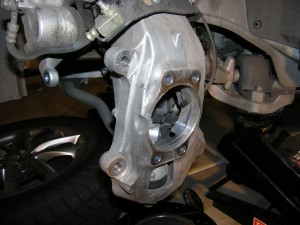 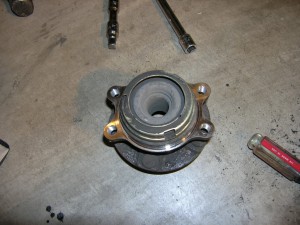 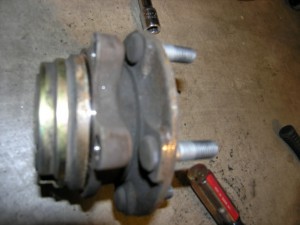 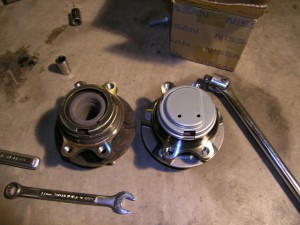 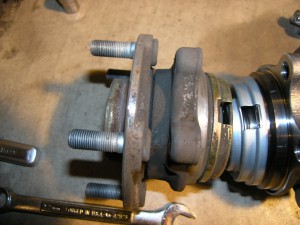 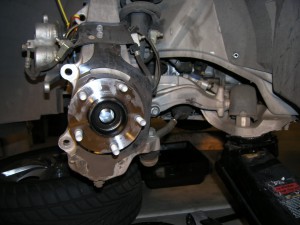 #6
Replace the four 17 mm bolts that hold the assembly on the spindle they are cheap and grade 9 fine thread these bolts should not be reused. I bought them from the dealership for about $4

#8
put back on the tire take the car off the jack.