Infiniti has a trusted winner on its hands with the G37 luxury sedan, a potent performer that easily rivals the crème of the competition in this exclusive segment. This year, they aimed to attract a broader audience to the G series by adding a new, lower-priced model to the lineup – the 2011 Infiniti G25. Available now, the new G25 is designed for customers who crave the luxury, styling and driving dynamics of a sport sedan, and superior fuel efficiency, at an economical price point.

The G37 has earned high praise from the automotive press for its spacious interior, supple ride, composed handling, awesome brakes and communicative steering. Infiniti tasked its designers with ensuring that the G25 delivered the same levels of refinement and agility as its stable mate. Climb inside the 2011 G25 and you’ll see that they’ve accomplished their mission. Aside from price, the only significant difference between the two models rests under the hood. 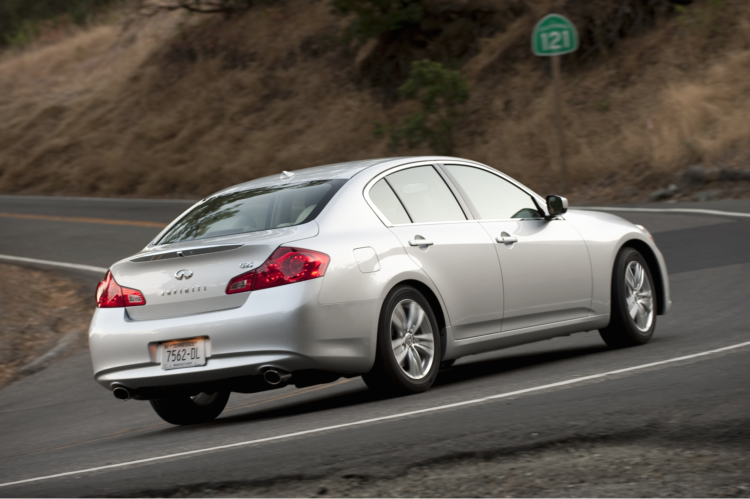 True to its nomenclature, the G25 features a 2.5-liter 24-valve DOHC version of Infiniti’s family of V6 engines. In this form, the six-cylinder generates 218 hp and 187 lb/ft of torque. Those numbers surpass that of the 2011 Lexus IS 250.

Regardless of which model you choose, power gets channeled through a swift, crisp seven-speed electronic automatic. The seven-speed features driver-assistance technology such as Adaptive Shift Control, Drive Sport Mode and Downshift Rev Matching, which delivers the smooth heel-and-toe downshifts of a manual gearbox during spirited maneuvers. Pairing the seven-speed gearbox with the 2.5-liter V6 also delivers superior fuel economy: The rear-wheel drive model earned a 29 highway mpg rating from the EPA – better than the BMW 328i.

The G25 boasts the same fully independent suspension as the G37 with double wishbones and a stabilizer bar up front, and a multi-link setup with a stabilizer bar in back. Four-wheel antilock brakes with ventilated discs and speed-sensitive steering are high performance carryovers as well. 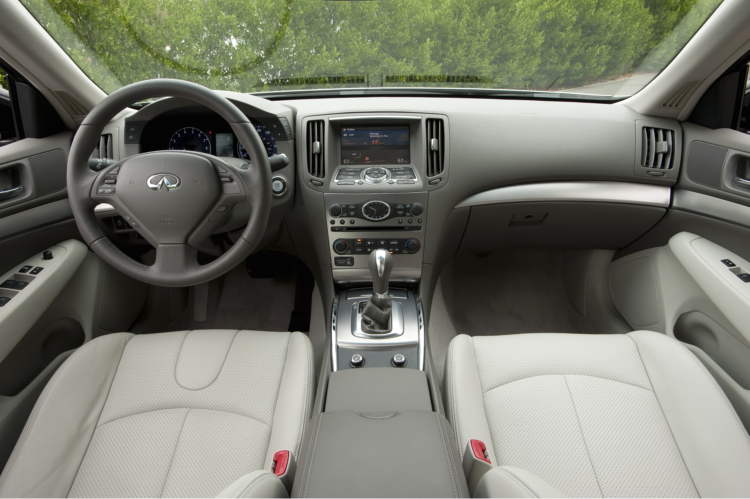 Infiniti expects G25 sales to make up as much as 50 percent of total sales for the G series. To help reach that goal, the new G is loaded with the standard amenities buyers expect from a luxury sport sedan. Inside, you’ll find an eight-way-power leather driver’s seat with lumbar support (four-way power and leather for the passenger’s seat), Infiniti Intelligent Key keyless entry and start, Shodo aluminum trim and HID xenon headlights. You also get a six-speaker AM/FM/CD/MP3 sound system, XM Satellite Radio, a seven-inch WVGA color display in the center console and audio controls mounted on the three-spoke, leather-wrapped steering wheel.

Step up to the G25 Journey and the standards list expands to include highlights such as dual-zone climate control, heated front seats, heated outside mirrors, a RearView monitor for parking safety, Bluetooth connectivity and a USB port for iPod interface.

The top tier G25x comes with all the upscale touches found on the Journey edition plus Infiniti’s Intelligent All-Wheel Drive System with Snow Mode. The system constantly gathers information on vehicle speed, throttle position and wheel spin, and can send up to 50 percent of power to the front wheels to deliver ideal traction under poor road conditions. When added traction isn’t necessary, the system reverts to 100 percent rear-wheel drive for improved performance.

To emphasize the new 2011 G25’s status as a true luxury sedan, Infiniti introduced it at this year’s Pebble Beach Concours d‘Elegance, a prestigious vintage automobile charity event. After the unveiling, Ben Poore, Infiniti’s Vice President, reinforced that emphasis by announcing that the G25 lineup was aimed at the very heart of the luxury sport sedan market.