There are a few of the halls at the SEMA show that I typically don’t spend a whole lot of time in… the wheel and tire section, the musclecar restoration area, the outdoors/hunting section, and the boating / off-roading area. For the 2015 SEMA Show however, I wanted to get some first-hand education on towing and trailering, so I spent some time talking with a few vendor representatives in the truck and trailer aisles.

As many of you know, the NICOclub Support Vehicle is a 2005 Frontier Crew Cab 4×4 with the VQ40 and a six-speed transmission. 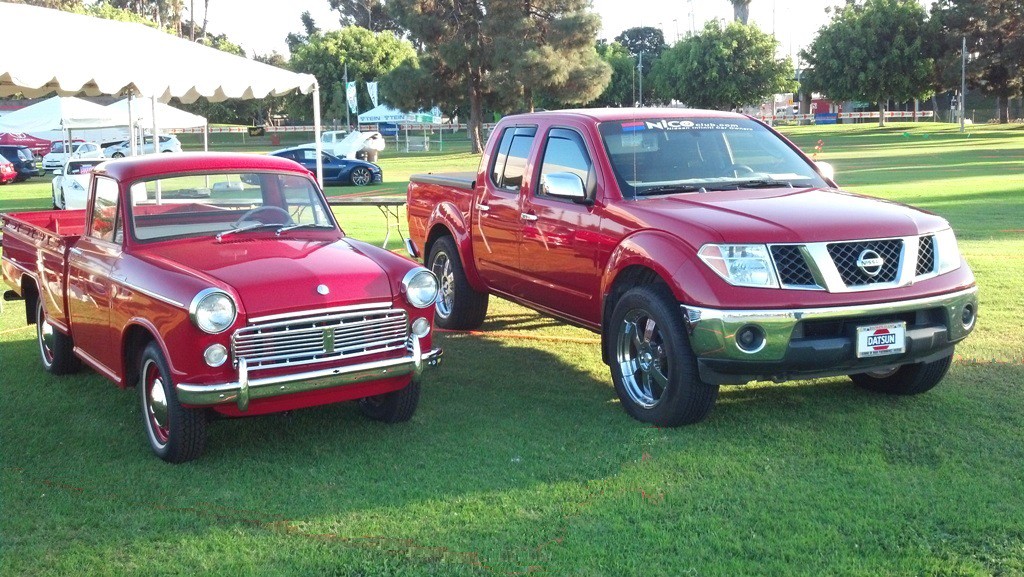 Aside from being the best vehicle out of the 60+ we’ve ever owned, it’s a trouble-free towing beast that we use to haul our classic Datsuns all over the southwest. Even at 130k miles, she’ll pull a 7% grade with a dual-axle 18′ steel trailer loaded with an old Datsun at 70mph with the AC on all day long, and aside from being a little thirsty in the fuel department, she’s as enjoyable to drive as when she was new – and still looks damn good doing it. 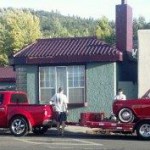 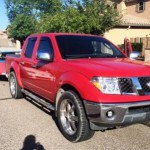 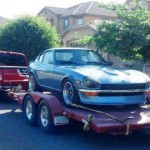 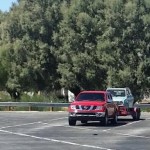 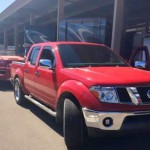 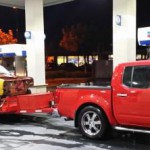 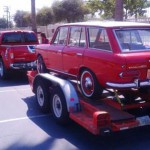 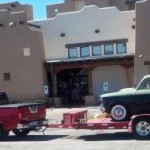 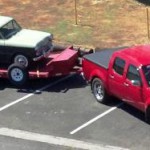 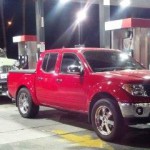 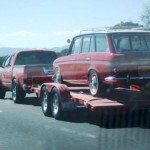 However, over time, we’ve noticed a little less stability when towing, especially over undulating pavement – I also noticed a little more sag in the rear when putting a car slightly forward on our trailer.

So, I wound up chatting with the team at the Timbren booth, and they were really great about answering my questions. After asking me about our tow rig, and what else we use it for, they recommended we try a set of their SES Suspension upgrades. They explained that the Timbren SES is all about load bearing (think towing and hauling), so I could expect better suspension performance under the stress of heavy loads, such as towing or loading the bed with a lot of weight. 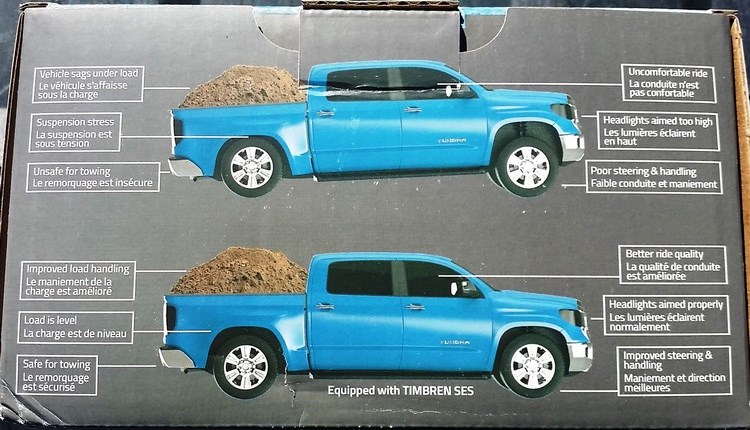 Fast forward a few weeks, and Timbren offered me an opportunity to test out the SES Suspension kit. Here’s what I received: 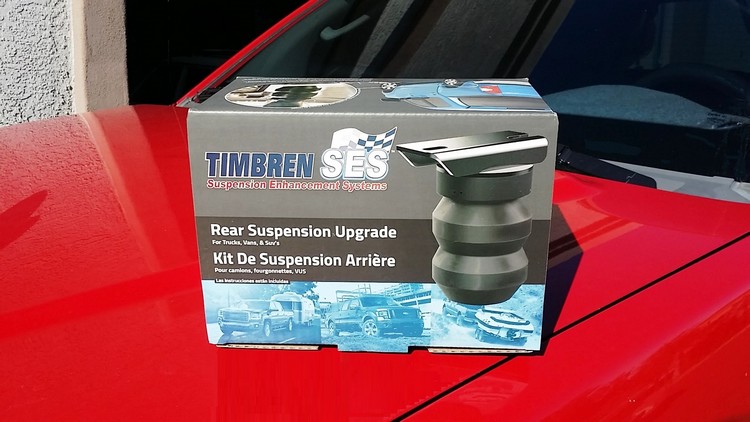 Installation is super-simple. In fact, I had the whole system installed in 20 minutes. 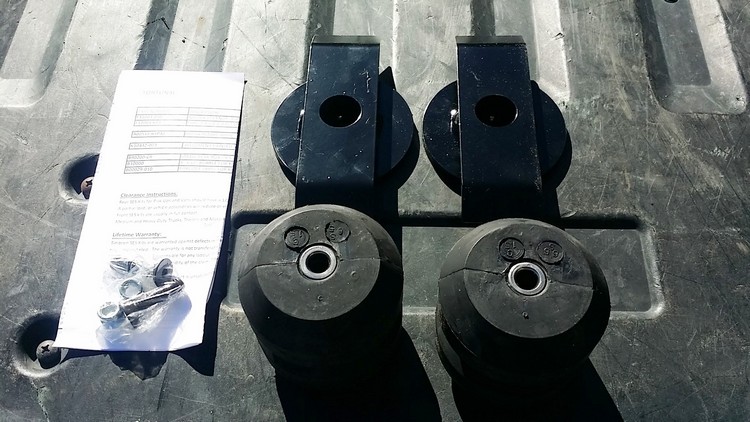 Assemble the perch onto the Aeon® rubber springs. Here, you’ll see I’m using an allen wrench and a ratchet with an extension to quickly assemble the two parts. 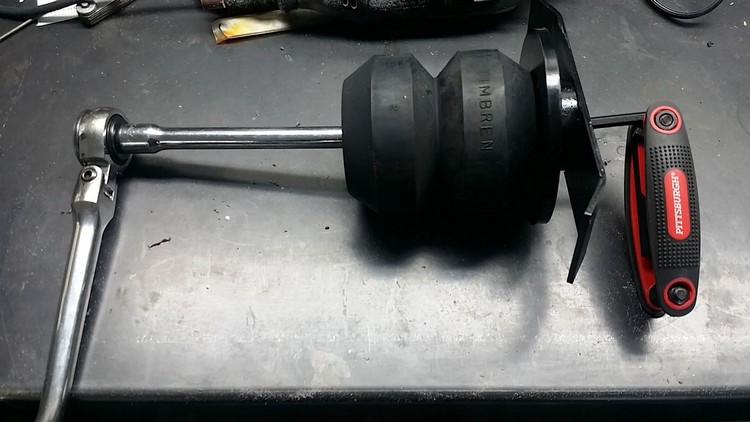 Using a jack, raise some of the weight off the suspension (don’t lift the wheels off the ground, just take the body of your truck up 1″ or so). Remove the four nuts holding the shackle block in place, and remove the original factory bump stop. You can see why “bottoming out” in our trucks is so uncomfortable – the original bumpstop is hardly an impressive design, and certainly isn’t progressive. 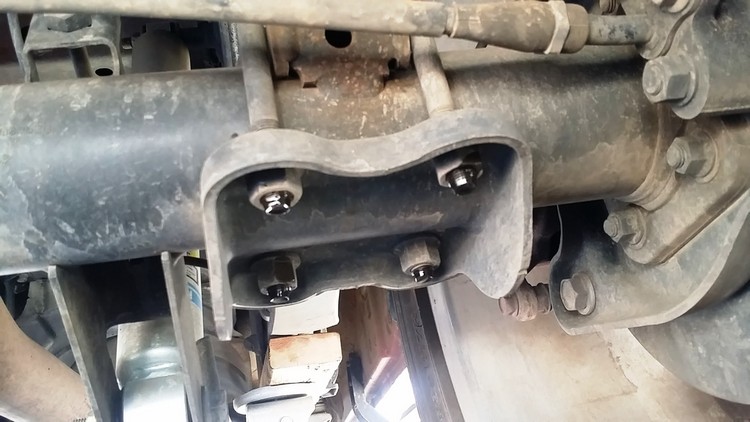 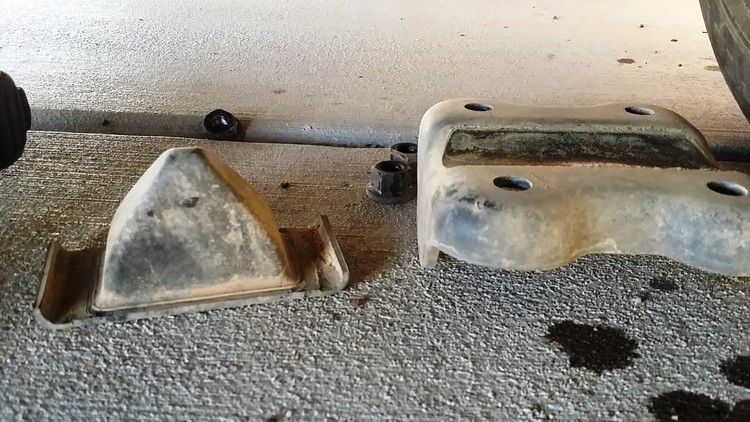 Place the new assembly in place of the old bumpstop, and put the U-bolts back in place. Reattach the shackle block, making sure to tighten the nuts evenly in a criss-cross pattern.
That’s it – You’re done with the installation! 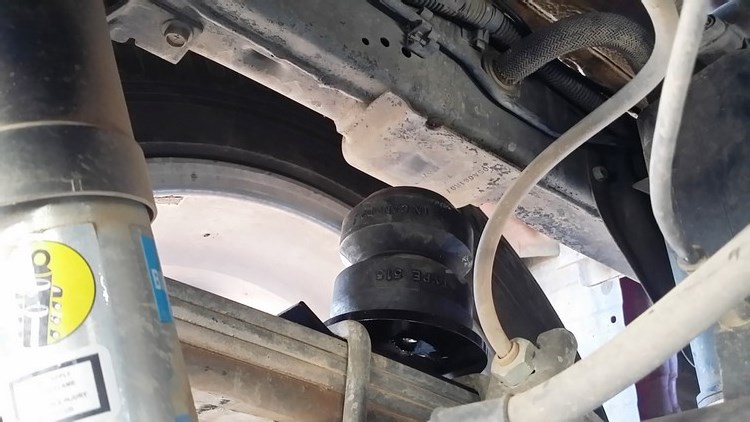 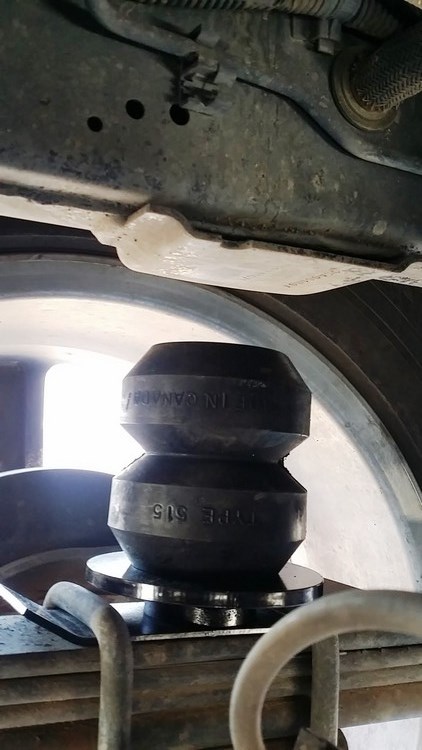 OK, so now what do they do? 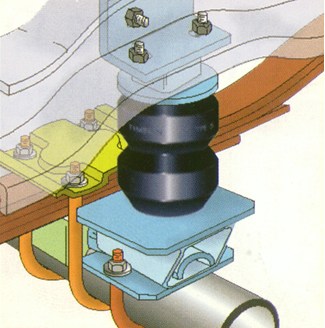 The Timbren SES solution is engineered to absorb and cushion road shocks and vibration when you are rolling with a full load – They don’t do a thing 90% of the time, but when you do compress the suspension, they come into play – gradually and progressively stiffer, just like a proper spring. This increases comfort and eliminates that harsh feeling and axle rebound, while keeping your truck level. 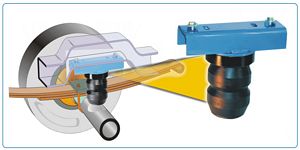 I loaded up our trailer with a parts car that I needed to deliver across town. In order to really test the new setup, I loaded the car way too far forward on the trailer, increasing the tongue weight more than I normally would. Right away, I noticed a few key differences: There was a lot less “bump-steer” which meant I could confidently maintain straight-line travel even after encountering a big bump, and I noticed the steering never felt “light.”

A dual-axle trailer, viewed from the side, will tell you which axle is doing most of the work, and the Timbren kit kept the trailer flat and level, even when improperly loaded. Hauling the trailer through a sharp corner a little faster than I normally would, I noticed the truck cornered flatter, much like a properly dialed-in set of sway bars on a sports car.

All in all, a great modification that can be installed by just about anyone, and will pay off in comfort, safety, and a more enjoyable trailering and hauling experience for as long as you own your truck. Here’s where you can get the Timbren SES kit for your Frontier, or you can follow that link and select a different vehicle.

Big thanks to the team at Timbren for the education, as well as the opportunity to test the SES Suspension kit on the NICOclub Hauler!

We’ll be bringing you another article very soon on the Timbren Active Off-Road Bumpstops – For you extreme off-roaders and 4-wheelers, they’re all about dampening the suspension for improved off-road performance… Stay tuned!

Installing the BajaDesigns ‘Squadron’ Driving Lights in a Nissan Frontier