Robert Baden-Powell didn’t have a dead car battery in mind when he wrote that ubiquitous motto well over a hundred years ago – but he’d certainly agree that a dead battery can wreck your day.

While most of us “car guys” are usually equipped with a set of jumper cables, they don’t do you a bit of good if you’re on a lone country road or in a strange neighborhood in the middle of the night. Even jump-starting your car off another car can be risky, especially on a busy highway or in inclement weather. Calling for a tow truck is a good way to drop $100 or more, and who wants to sit around waiting for an hour?

No, if Baden-Powell were around today, he’d be impressed with modern lithium ion battery tech, and he’d be carrying one of those pocket-sized devices capable of jump-starting a car. 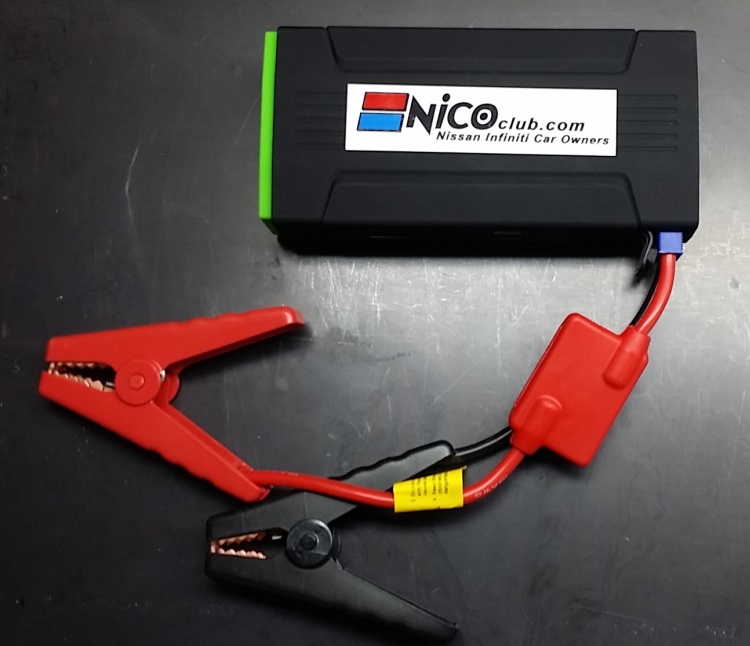 The NICOclub Headquarters is the ideal location to make good use of one of these – Why?

After doing a lot of research, I learned a few things:

One, most all of these jump starters are manufactured in a very small area of China. The Chinese are the kings of miniaturization, and their competition for market share means they’re continually adding more and more features to their pocket-sized electronics.

Two, there are literally THOUSANDS of these units on the market priced from $75 to over $200. However, like other products, most are re-branded for marketing purposes. For example, the unit I selected is also re-branded by a well-known tool manufacturer (who slaps on a hefty $120 markup just for their name).

Three, this thing packs a punch – It will jump-start a diesel pickup TWELVE times on a single charge, a full charge will provide between 15 and 40 jump starts, the flashlight (and emergency strobe light) is a beast, and it powered my Galaxy Note IV from dead to 22% in 11 minutes!

EDIT:  Since this article was written, I’ve upgraded.  Here’s my new unit, and I like it even better!
https://www.amazon.com/NOCO-GB40-UltraSafe-Lithium-Starter/dp/B015TKUPIC