After breakfast this morning we headed directly to Midas to see what could be done about our rusted out exhaust pipe. The guys at Midas didn’t have a clue what a Datsun 510 was and misread the odometer, asking if the car really had 500,000 miles on it. We had to do a bit of educating and let them know they had added a zero to the mileage. After consulting together and scouting around the shop to see if they had anything as small as the stock exhaust pipe, they said the best they could do was weld the rusted pieces back together for $40. The drone yesterday, and the lack of back pressure without running through a muffler, made that an easy decision, so we gave them the OK to give it a shot. The weld wasn’t pretty, but after 30 minutes the car was quiet again and we were on our way. 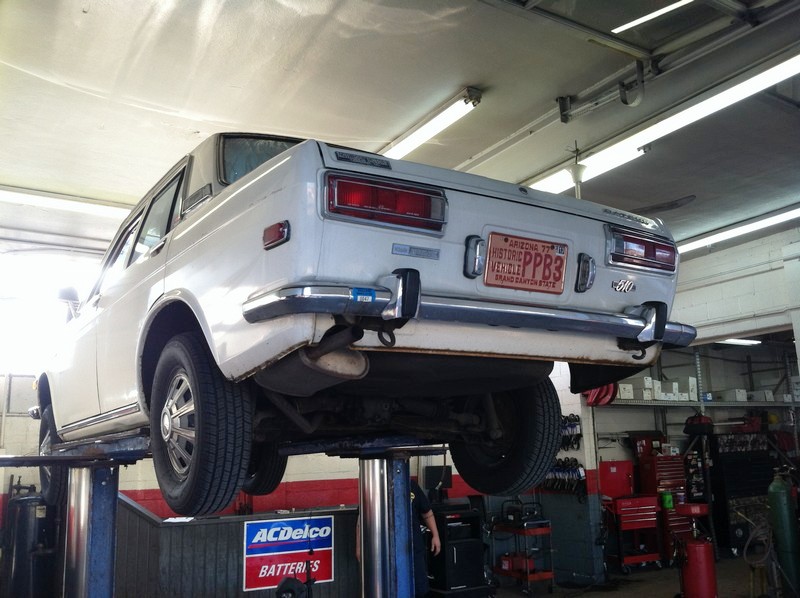 The weather was perfect again today for a road trip but the temperatures are rising as we continue heading south. Around noon we jumped off the freeway looking for a spot for lunch and noticed the water temperature had spiked to 230 degrees, causing us to immediately pull over and look for the reason. After waiting for the car to cool down, we cracked open the radiator cap and topped off the radiator with about a half gallon of coolant hoping that was the cause. The car doesn’t have an overflow tank so we chalked up the loss of coolant to either the bleed off, from the overflow hose as the car cooled, or worse case, maybe a blown head gasket robbing coolant. Not seeing anything else obvious, we jumped back on the freeway headed toward Springfield, MO. Keeping an attentive eye on the gauge, it appeared the water temperature was back to normal. 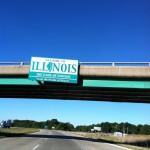 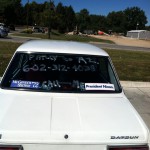 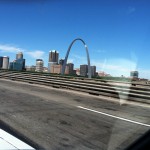 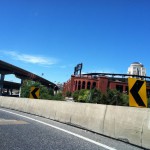 We’d been talking about jumping on Route 66 for a few miles to take a break from the monotony of the e-way so we did so at the Meramec Caverns exit and decided to check out the caverns in the process. 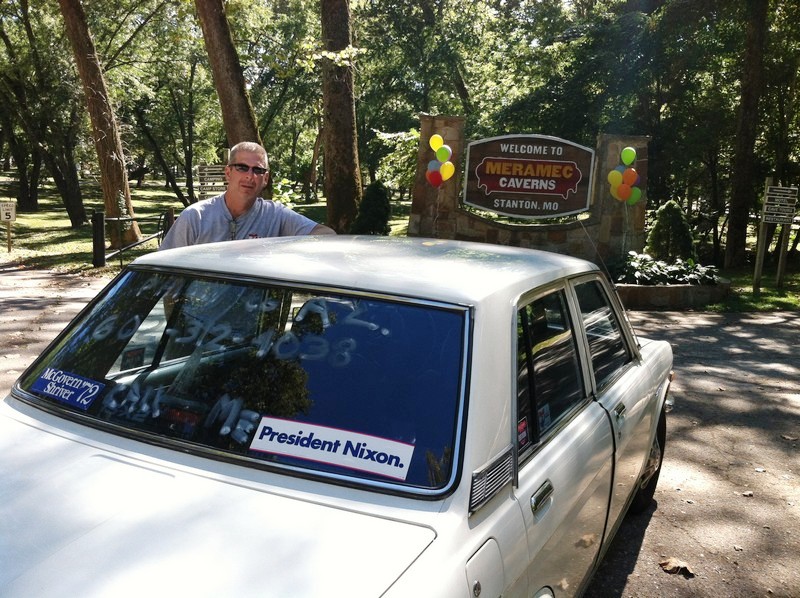 Driving into the parking lots we noticed a group of farmers gathered around some vintage tractors and single lung gas engines. We engaged one of the older gentlemen in conversation, sharing our passion for mechanical things. He was as interested in our trip and car as we were in his hobby. 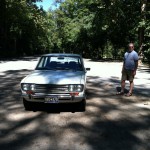 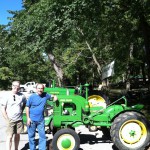 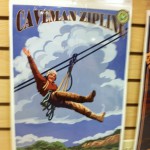 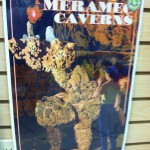 While there, I picked up a Route 66 license plate frame and Dave a Route 66 t-shirt. Heading back to the freeway, we stopped briefly for some photo ops with some old 66 landmarks as background. 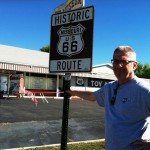 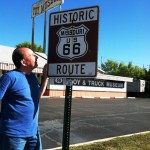 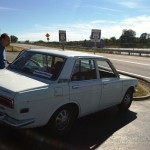 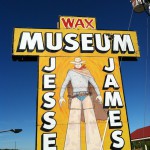 Back on the freeway we headed to our final destination today, Springfield, MO, which would be our half way mark in terms of total mileage. After arriving, we began looking for a place to overnight and discovered motels in Springfield were at a premium, with many fully booked because of the large number of Marines in town for training. After stopping at three or four motels we finally found a room for the night. In the process of looking for someplace, we noticed there was a car show at the local Culvers so we checked in and headed to the show to rub elbows with the local car community. We were the only import car at the show and it was clear this was not Datsun country. 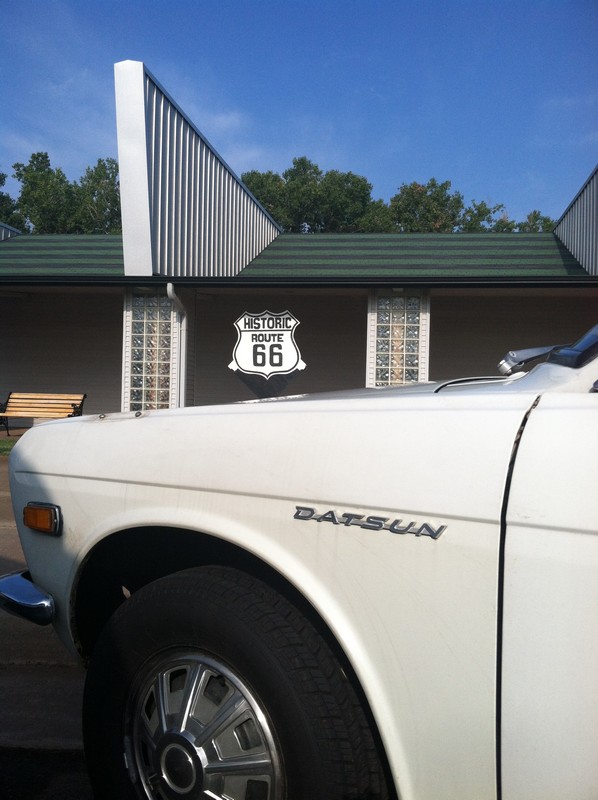 Tomorrow will be a short day with only a little over 280 miles to go to Oklahoma City. As it turns out, that will be fortuitous because it will be our warmest day to date with highs temperatures in the low 90’s. The short day will give me a chance to do some work on the exterior of the car, beginning to rub out the paint. Our cumulative fuel economy as of today now stands at 25.5 mpg.