By the end of Day Two, everyone was exhausted… Boarding the bus to return to Pelican Hill, I cornered Vishnu Jayamohan to conduct my Maxima interview. 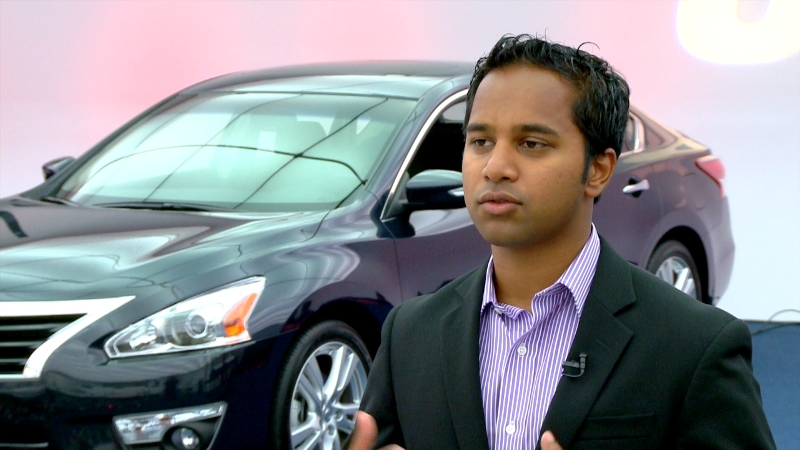 I asked Vishnu what he thinks of the notion that the Maxima is superfluous in Nissan’s current lineup. Unfazed, Vishnu explained why the Maxima remains a unique and important part of Nissan’s overall model strategy. While the Altima and Sentra have increased in size, the Maxima is still available with features that neither of those cars offer. Based on Nissan’s market research, although the current-Generation Maxima isn’t selling like some previous generations, that is a testament to the quality and value of cars like the Altima. However, they’ve found that the average Maxima shopper isn’t comparing the Maxima to the Accord and Camry, as used to be the case. Now, recent Maxima shoppers are people who are more likely to be comparing with the Acura TL, the Audi A4, the Lexus ES, the 3-series BMW, and the Infiniti Q50. This allows Nissan to provide similar features and high build quality for a slightly lower price, and after a spirited test drive, many are choosing the Maxima.

I asked if we might start to see a different drivetrain option for the Maxima. While Vishnu was hesitant to tell me about what’s in the works for 2015-16, he did seem to indicate that the possibility of a hybrid drivetrain was unlikely – adding that in general, buyers in that range are not as concerned about a couple MPG – they are more interested in features, safety, and a vehicle that is enjoyable to drive.

Lastly, I asked if he thought the price of the fully-featured Maxima SV might be its biggest drawback, considering it puts the Maxima into the range of many of the more “esteemed” auto makers. Vishnu stated that it certainly might be a consideration, but that is one of the challenges Nissan has faced in other areas. He gave an example of consumer perception as it relates to Hyundai and Kia over the past decade – certainly an area of change if there ever was one. He reassured me – the Maxima isn’t going away, and hinted that the term “flagship,” while appropriate today, will be an even more applicable term in the very near future.

Big thanks to Vishnu for taking some time to chat with us – I could tell from our conversation that he’s very passionate about the Maxima nameplate and what it represents, which bodes well for those of us who are eager to see it dominate its class again.

Upon arrival back at the resort, we had some time to relax and take in the beautiful views. 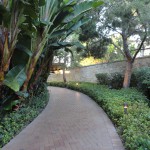 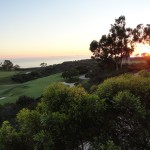 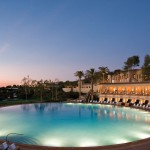 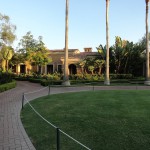 I took a long walk, collected some thoughts and impressions with my phone for this article, and reflected on all the incredible experiences I’d had over the past 48 hours. Even if Nissan360 ended right now, it would still stand out as the most impressive automotive event I had ever attended… but it wasn’t over!