Heading over to the opening dinner, I stopped to enjoy the majestic views of the Newport coast – As you all know, pictures of a place like this really doesn’t do it justice, you simply have to see it to experience it properly.

Interestingly, the majority of my “wave” of attendees was made up of journalists and Nissan staffers from Nissan’s burgeoning China market. Sadly, I didn’t learn much Mandarin, but a couple friendly staffers taught me nihao (hello) and xie xie ni (thank you).

The Nissan360 team encouraged us all to mingle over cocktails and appetizers, but the truth of the matter is, it’s hard to pay attention to food and beverage when you’re in the presence of five of the most notable vehicles ever built by Nissan.

Since we’ve got plenty of time, unlimited space (and I’m a Datsun nut), let’s check them out: 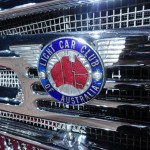 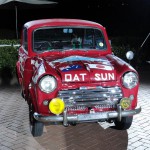 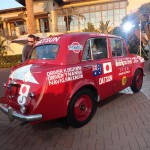 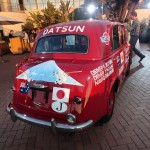 1958 was an important year for the fledgling company, marking its first exports to the US market. This 1958 Datsun 210 (with a 1-liter E-series engine) is often referred to as a “humpback sedan” by Datsun aficionados. Here’s why it’s awesome: It was the first Japanese car to enjoy any real success as an export model and, perhaps more significantly, it had the honor of becoming the first Japanese car to attain international motorsport success. In 1958, two Datsun 210s entered the torturous Mobilgas Trial, an epic 16,250-kilometer trek around Australia. Out of the 67 cars entered, only 36 made it to the finish line. Two of those 36 cars to finish were the Datsun 210s. In fact, THIS very car finished first in its class. It has since been refurbished to its original condition, but the damages sustained during the race were left as a reminder of the brutal environment the little Datsun survived. 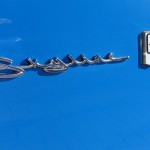 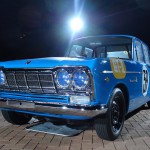 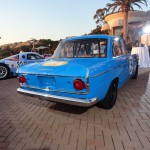 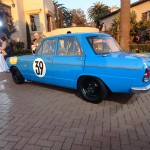 The Skyline legend began in 1964. This very car, after being outfitted with a 2-liter straight-six engine, was entered in the 1964 race at Suzuka by Prince Motor Company. It brazenly challenged the established champion, a Porsche 904 Carrera GTS, and with the crafty driving of Yoshikazu Sunako, the Skyline pulled ahead during a brief period in the race. While it ultimately did not defeat the Porsche, this car placed second, followed by its Skyline teammates in 3rd, 4th, 5th and 6th place. Toshiyuki Shiga, now Nissan’s Chief Operating Officer, says that day decided his path in life (I got to spend some time with Shiga-san later in the weekend – more on that later). Thus began the legend of the Skyline, and more importantly, Nissan’s involvement in motorsports for the next fifty years and beyond. 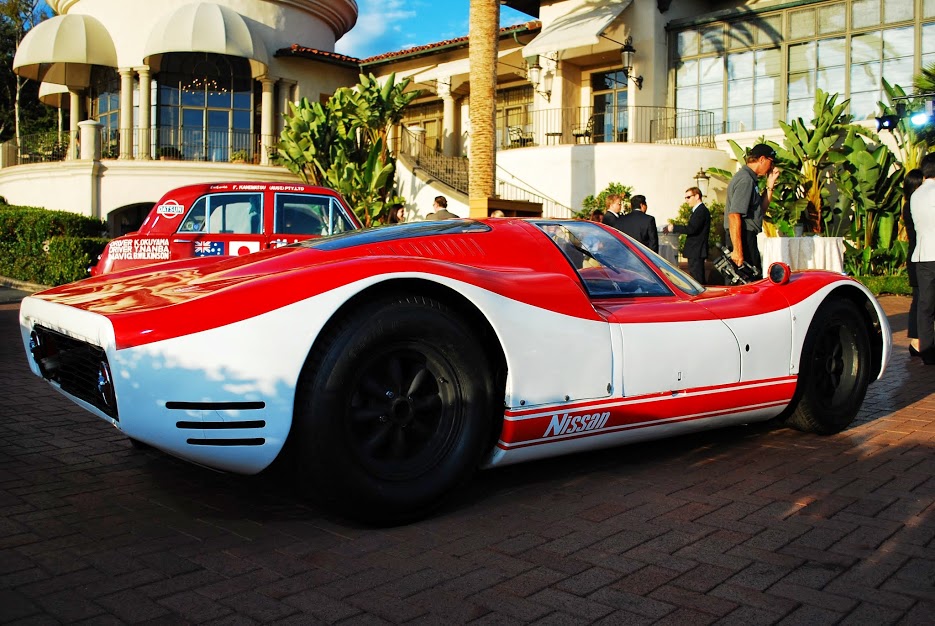 The shapely and low-slung 1967 Nissan R380-II was intended to compete in the Japanese Grand Prix. However, since that series was terminated in 1965, the R380 would instead be used to test high-speed aerodynamics. This led to the car being used to break five land speed records in late 1965, and in late 1967 the Type II set no fewer than seven international records. The information gleaned from this testing led Nissan to break new ground in other racing car aerodynamics, which trickled down to its passenger vehicle designs. 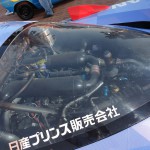 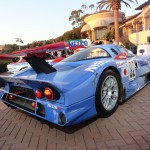 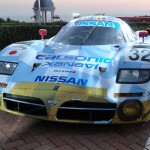 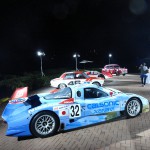 The fastest and most expensive Nissan road car ever developed was created to comply with the Le Mans GT1 Class regulations – which required manufacturers to build at least one street-legal version of the race car. Nissan did things a little differently, building the street-legal version first, then developing the race car based on the testing and lessons learned during the development and construction of the street car. This very Nissan R390 GT1 placed 3rd in the 1998 running of the 24 Heures du Mans. Its 650hp twin-turbocharged 3.5-liter engine proved ultra-durable, as all four R390s completed the grueling race, placing 5th, 6th and 10th. 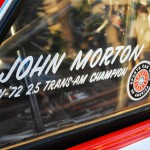 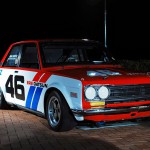 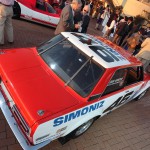 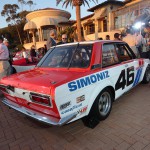 Arguably the most recognizable (and popular) car ever fielded by Nissan Corporation was the #46 BRE 510 race car. Racing fans and experts didn’t give the boxy 510 much of a chance when it entered the highly competitive Trans Am racing series in 1971. However, this very car, driven by the legendary John Morton, simply destroyed the superstars of the under-2.5-liter class such as BMW, Fiat, Volvo and defending champions Alfa Romeo. What many people don’t know is that Peter Brock took the 510 from Japanese-market economy car to full-blown racing monster in just FIVE weeks. The little Dime went from the showroom floor to victory lane, went on to dominate the class for nearly a decade, and helped make the 510 one of the best-selling cars in the history of the Nissan brand.

Being in the presence of these cars, for a classic Datsun enthusiast such as myself, was a dream come true – I could have pored over the details of each car for hours, but the rest of the evening was calling. After enjoying an enthusiastic welcome from Victor Nacif, Nissan’s Global Head of Product Communication (and former Vice President of Nissan Design Europe), there was much more Nissan Heritage to be experienced.

Moving towards the shore, we were led onto the Pelican Hill Resort’s manicured event lawn. This lush setting overlooks the ocean, and features an iconic Italian rotunda. The event space was ringed with buffet tables of gourmet dinner, and the lawn was dotted with multiple vehicles, resting undercover… 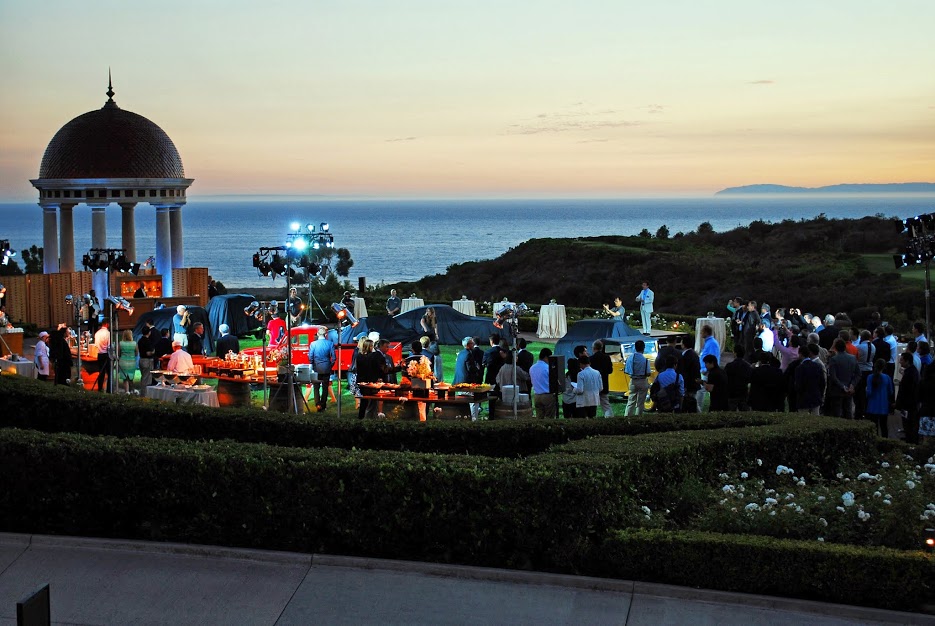