With about an hour remaining before lunch, I decided to wander over to the Light Commercial Vehicles area. There, Nissan had their entire truck lineup on display, and since the majority of the attendees were more interested in the small cars, I had almost the entire fleet to myself! The Nissan360 staff had laid out a test track for the trucks, with several features – including a turning radius area, some railroad tracks, a freeway on-ramp, a slalom area and a segment with bumps and ripples, much like a construction zone.

There’s simply not enough time to tell you about ALL of the awesome trucks I drove, but I’ll share the highlights of several of them:

Nissan Cabstar F91A – What man doesn’t want to drive a dump truck? The Cabstar is spearheading Nissan’s expansion into the European LCV market, with a goal of becoming THE benchmark light truck. To further enhance its reputation for comfort and convenience, a series of updates have been made to the Cabstar’s interior—which for many drivers represents their “office.” This thing put a smile on my face a mile wide. 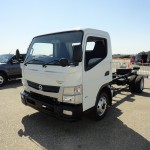 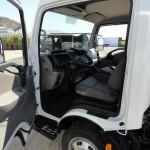 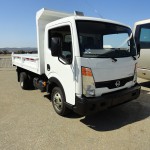 Nissan Navara (D40) Diesel – We own a D40 Frontier, so I expected this to be a “been there, done that” experience. However, this Navara was equipped with the 2.5-liter direct-injected turbo diesel engine and a 5-speed. While it lacks the off-the-line punch of its VQ40-powered brother, it’ll pull a house, with 332 lb/ft of torque. This is a truck that needs nothing – It’s been around since 2005, and it looks just as good today as it did when it was introduced. 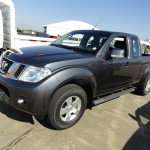 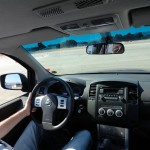 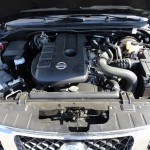 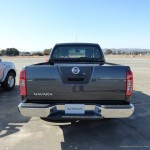 Nissan NV350 – This newest edition to the NV350 model family features a one-touch auto-sliding side door, which improves convenience. The exterior has a clean and modern design, and it’s deceptively large – the interior can be configured to accommodate up to 14 passengers comfortably!

Nissan Pickup (D22) – Everyone remembers this staple of the Nissan workforce. It replaced the popular D21 “Hardbody” in 1997 and is still being sold in many countries, under various names such as the D22 Navara, Frontier, Fiera, Terrano, Winner, NP300, and just plain “Pickup”. It was nice to see the familiar KA powerplant under the hood, and driving this truck was like going back to a simpler time. Such a fun truck! 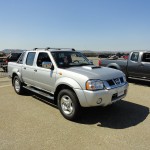 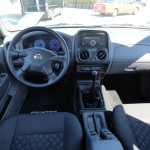 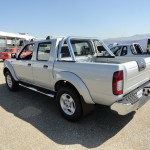 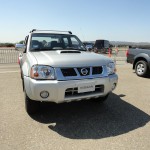 Nissan NP200 – Developed for the Africa market and built in South Africa, this replacement for the Bakkie was my favorite. Powered by a 1.6 liter diesel backed by a 5-speed manual, this functional little workhorse was a blast to drive.

Nissan NV100 Clipper – The Clipper van is a result of a partnership with Mitsubishi Motor, with large cargo-carrying capacity and nimble maneuverability. It’s powered by a 657cc turbocharged engine, and qualifies as a Kei model for the Japanese market. 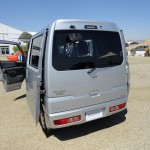 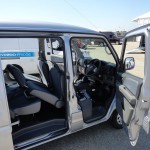 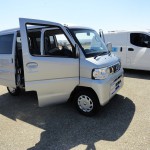 Nissan Civilian – Hop on the bus! The Civilian has been sold since 1971 in Japan, China and several countries in the Middle East and Africa. This multipurpose bus has a manual transmission, and gets used as a bloodmobile, school bus, presidential transportation, ambulance and various other purpose-built models. It was remarkably easy to drive, and FUN!

Nissan Cedric Taxi – OK, so it’s not a truck, but the 10th generation Cedric has been marketed since 1960. Popular with taxi companies, particularly in Singapore, Japan and Hong Kong, this 5-speed sedan is another workhorse of the Nissan lineup. 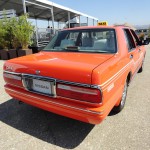 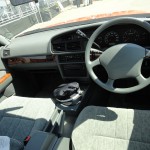 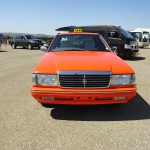 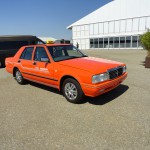 Nissan e-NV200 – The e-NV200 van combines the technology of the Nissan LEAF with the functionality of the NV200 van. This all-electric compact van delivers the same performance on a single charge as the Nissan LEAF, and believe it or not, it’s fun to drive!

DOST – Looks are deceiving! The 1.25-ton light commercial vehicle (LCV) is the first product to be launched by the Indian-Japanese joint venture Ashok Leyland Nissan Vehicles. The LCV is being produced in Sri Lanka. DOST is available in three versions, and this one features air-conditioning and power steering. 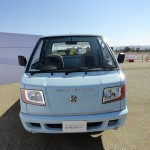 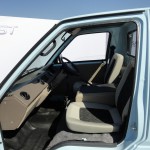 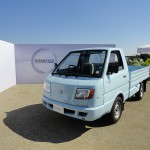 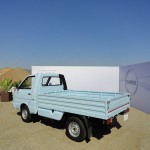 Last but not least, on display in the LCV Station, was a Cummins Turbodiesel engine, slated for use in the next-generation Nissan Titan. Here’s a quick walkaround: