Now that the 510 was running better, it was time to put some additional “shakedown” miles on it, just to find the little things that might go wrong when it’s driven harder. Well, the day prior to heading out for the local show, we found one: The header had developed cracks on three of the four pipes, just outside of the weld at the flange.

Fortunately, all the guys were here at HQ, helping get the cars cleaned up and ready to roll… It was decided to execute a “quick fix” by pulling the header and having it welded, and reinstalling it the same day. Easier said than done. After wrestling and fighting with it for a couple hours out in the heat, we finally decided to bite the bullet and lift the engine. We might have been better off pulling the engine completely, because it had to be raised a good 5″ to pull the header off. By the time it was welded and ready to reinstall, it was already getting late, and thanks to Kenny (MaximA32) and David (Razi), the repaired header was back in by midnight. A quick wash before bed, and we were ready to roll. 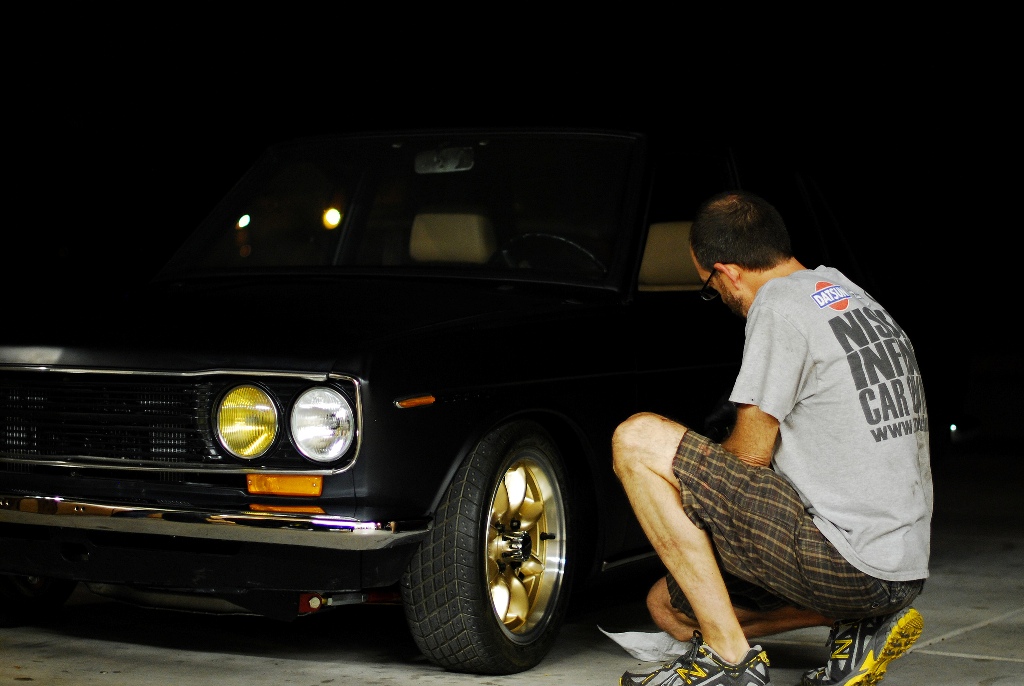 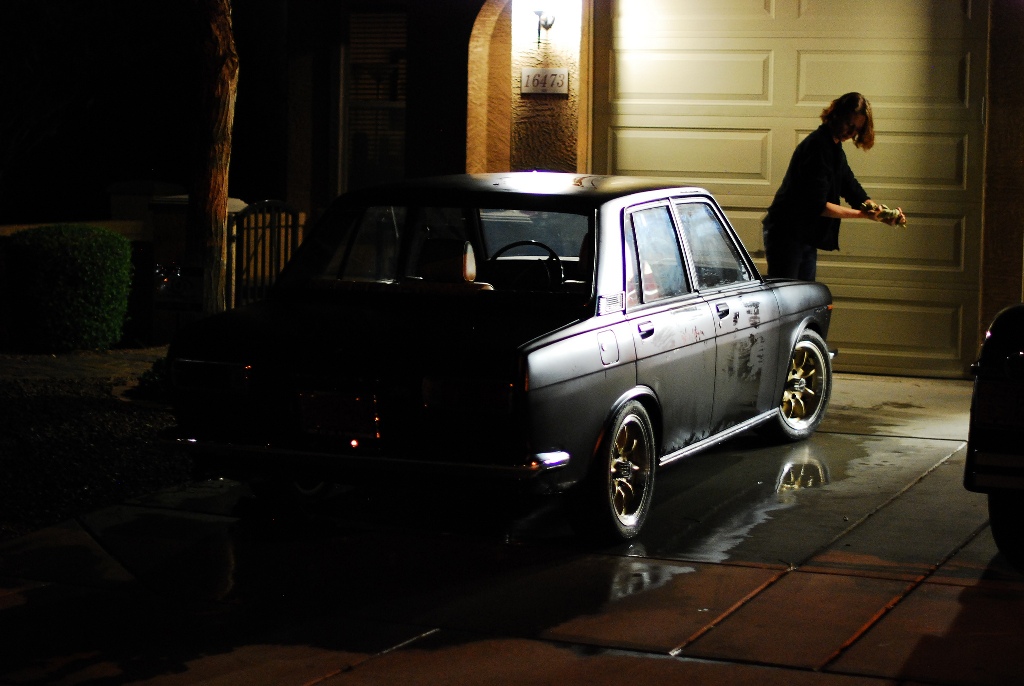 The show went well, and the 510 was well-received. All the cars made the trip without incident, and even though our only trophy was for our Model A, we still had a great time. 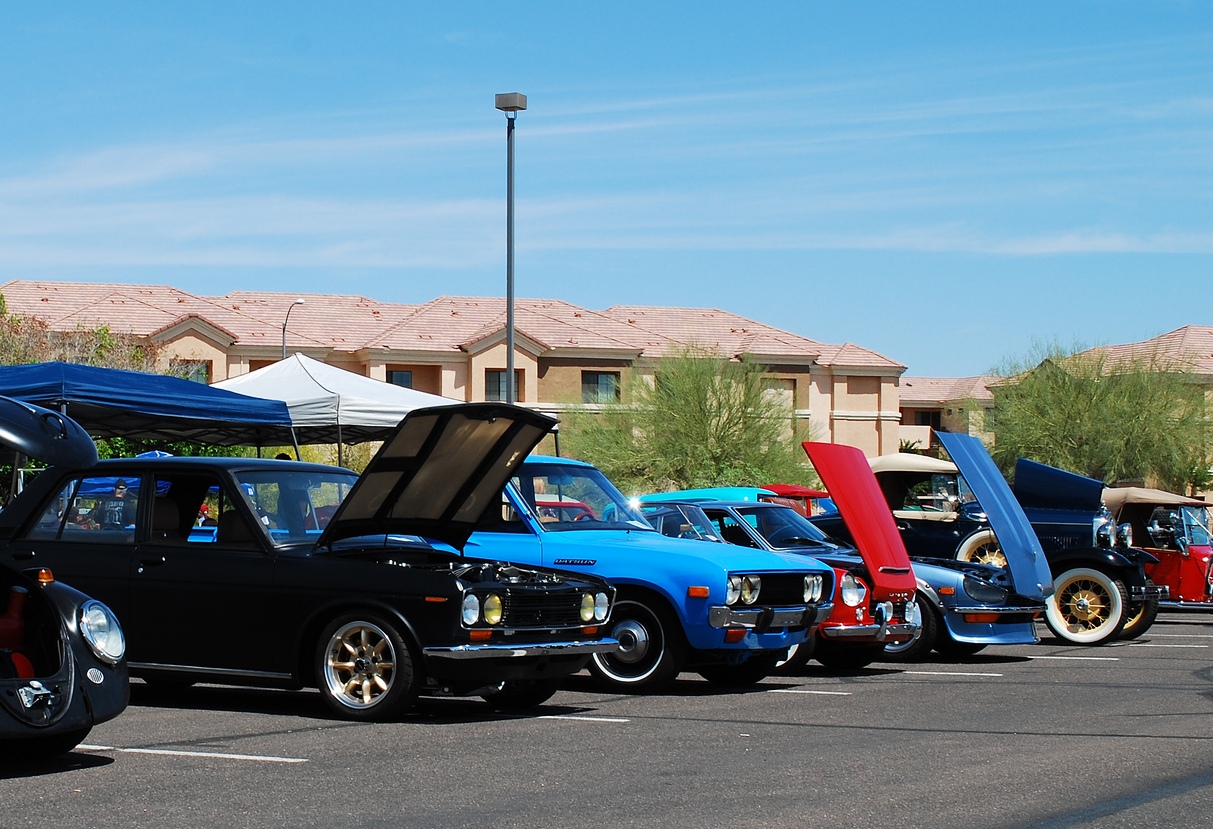 Not two weeks after the show, more problems: The 2nd-gear synchro in the trans was shot, and the header cracked again. A few phone calls resulted in finding a close-ratio 5-speed that needed a new home, so I bought that and set it aside. As the owner of an exhaust shop (www.brmexhaust.com), I always recommend against headers for street cars. They’re almost never worth the hassle, for the few horsepower you might gain… apparently, I needed to heed my own advice. I procured a stock manifold from one of the locals, bead-blasted it, coated it with Eastwood’s cast iron manifold coating, and set it aside. Another opportunity to pull the engine, but at least this time, it would likely be the last for a long time.

Both parts made a ton of difference. The cast manifold didn’t result in a noticeable loss of horsepower, and the car sounded way better. The close-ratio 5-speed really seemed to work well with the 3.90 rear end, and shifts were much crisper and more precise. All in all, it was well worth one more engine pull.

Over the next couple weeks, I did a lot of little things on the Project 510 that don’t really lend themselves to including in the build article. A new set of modern 3-point seat belts from Westco were installed, as well as a trio of basic gauges in order to monitor engine functions. We decided, that since this car would see some daily-driving duty, it would need the windows tinted… so it got fresh tint on all the glass. A BRE-style Spook front lip with functional front brake ducts was added.

Also, the tires that were on it were starting to show their age. As I mentioned earlier, the alignment gave me a little more room in the rear, so I decided to step up to a set of 205/50’s on all four corners. As it turns out, my MazdaSpeed Miata had a fairly new set of 205/50’s on it, but I had been wanting to buy a sticky set of high-performance tires – so a three-way swap commenced. The Miata got some new Direzza Zii tires, the 510 got the Miata’s hand-me-downs, and someone on Craigslist got a free set of 195/45’s.

In the meantime, the date for the next Japanese Classic Car Show was almost upon us, so I focused on making sure all the cars would be ready to go. It was ‘crunch time’ again, and this time, we had an additional challenge: The week following JCCS, we would be driving all of the classic Datsuns to a huge Datsun show in Williams, AZ… so, not only did they need to look good, they needed to be able to make a 5-hour drive up the mountain and back.

No pressure. We got this. In fact, I even took time to shoot some more pics of the 510. 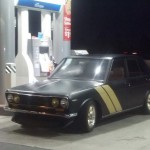 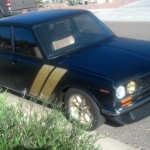 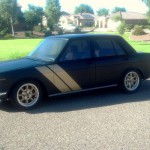 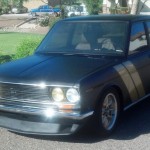 We’ll be attending JCCS next, and you can come along. Then, we’ll take a drive up to the best Datsun show of the year… and another BIG change for Project 510. Join us for the next episode!