During the course of getting everyone settled in at the new house, furnishing it, setting up my new garage, having a shed built, putting in landscaping, getting the kids into a new school, the car projects sat idle for quite some time. After a few months, even though there was still a ton of non-car related stuff to do, I was itching to get back into the garage.

As soon as time permitted, I started removing useful parts from the shell (the car that was supposed to be converted to a Velo Rossa) and setting them aside for the restoration. A few unneeded parts (doors, headlight buckets, wheels, and some odds and ends) went up for sale on the local boards, and I actually made almost all of the initial $500 back! The non-rolling shell was strapped to a set of rolling dollies so I could move it around, and before long, Jason and I had it cut up into pieces for scrap.

Since I wasn’t prepared to start assembling the suspension yet, I decided it was time to pull the tired L24 engine out of my Z and get started on the rebuild. So, I had a day off and dug in. Even with careful documentation of connections and placements, the removal only took me a couple hours, and it gave me an opportunity to evaluate the condition of the engine bay. 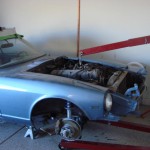 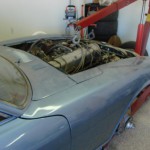 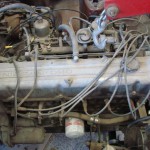 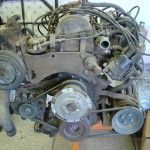 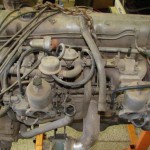 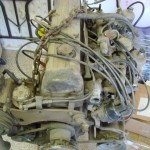 The original engine went on a stand to await its fate, and another few months would go by before I started back to work on the Z… However, during this hiatus from wrenching on the Z, I learned a lot more about the L24. It was a stout motor, and according to the documents I got from the previous owner, the engine was well-maintained right up until the day he parked it. I remembered that it had turned over and actually started when I tried it… Wonder what would happen if I simply gave it a good refreshing, rather than a full rebuild?

Popping off the valve cover and oil pan, I started inspecting the engine. It showed very little wear, and the plugs were even still decent. The tops of the pistons were actually relatively clean, no wear on the cam, and the head was remarkably free of sludge and varnish. So, rather than dumping a pile of money into a performance rebuild, I spent the next two weekends working on the engine. I gave it a good cleaning, flushed the water passages and crankcase, replaced all the seals, rebuilt the carbs, installed all new seals, a thermostat and temp sensor, re-routed some coolant lines, gave it a fresh coat of paint, detailed it cosmetically, and buttoned it up for future installation. 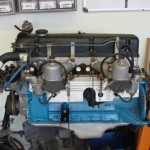 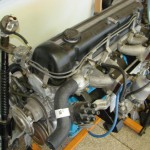 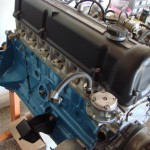 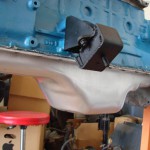 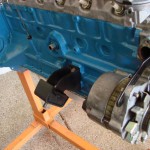 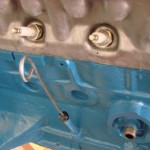 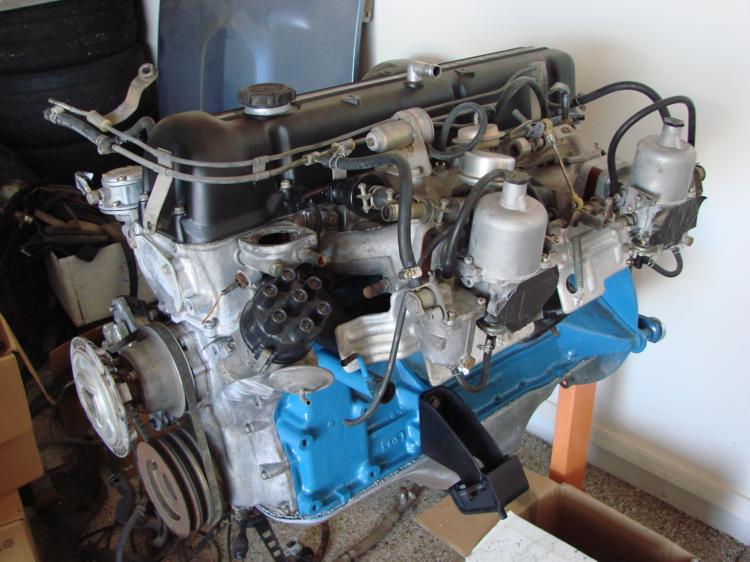 First project in the new garage… Not only did it help me get a feel for the flow of my workspace (and give me some ideas for how to make it better), I got to thinking that this car might just come together… someday.