After work, Greg and Jason headed out to CA to pick up the car. Greg had called the manager of the station that morning and he assured him that the car was fine and he wasn’t gonna have it towed. Later that evening, she was finally home with her new family, safe and sound, at NICO headquarters.

Here’s her status: She’s a fairly rare Datsun, considering there weren’t many 68’s. She’s easily got the straightest body on any 510 we’ve ever seen… probably straighter and better aligned than she was when she was built. Her perfect body is coated in PPG Satin Black (not primer), and she’s wearing another piece of automotive history:

Carroll Shelby produced an 8-spoke alloy wheel for Saab in the mid 1980s. They were available in gold (Goldvane), hammered silver (Silvervane) finish, and a black hammered finish. These wheels were available only through Saab dealers and could be fitted to Saab 99 and Saab 900 models manufactured through 1987. They are a sought after accessory for Saab enthusiasts today. Somehow, somewhere along the way, she wound up wearing a set. Get this: They’re a 4 x 114.52 mm bolt pattern, or 0.22mm (or 8 one-thousandths of an inch) off from the Datsun fitment, so they fit fine. 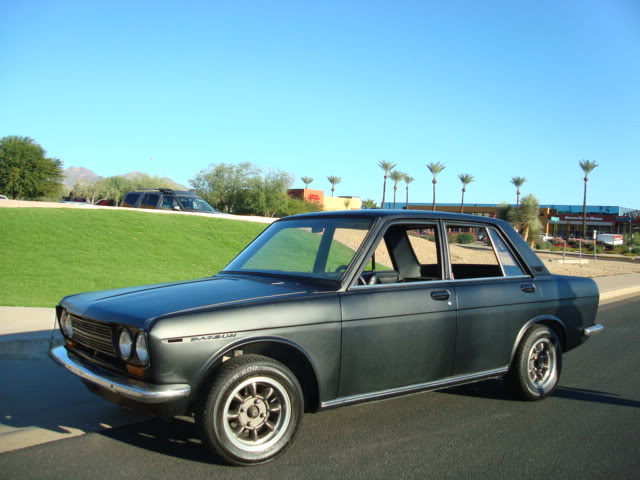 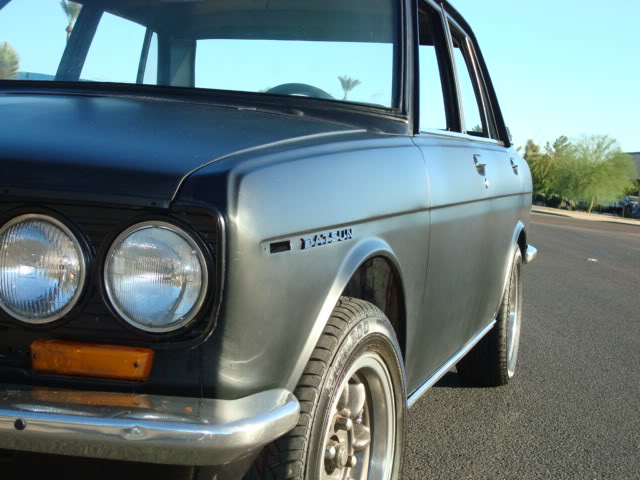 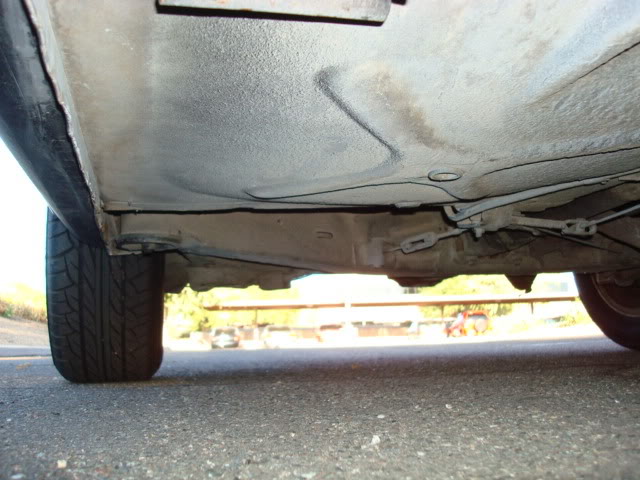 Her interior is nicely restored… not completely original, but close – She’ll get some minor refreshing, some reassembly, and the interior will be complete. 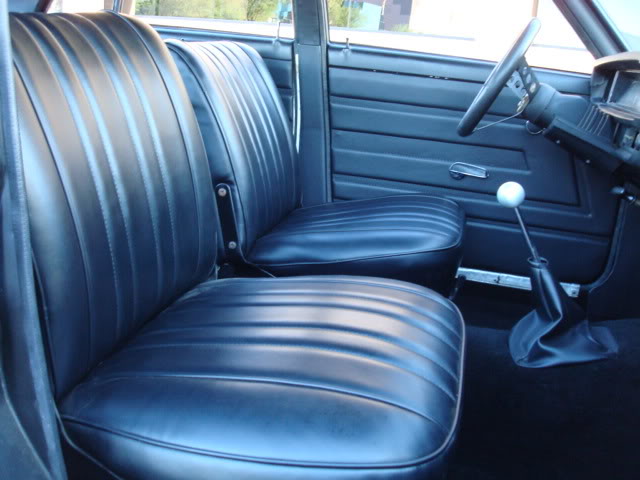 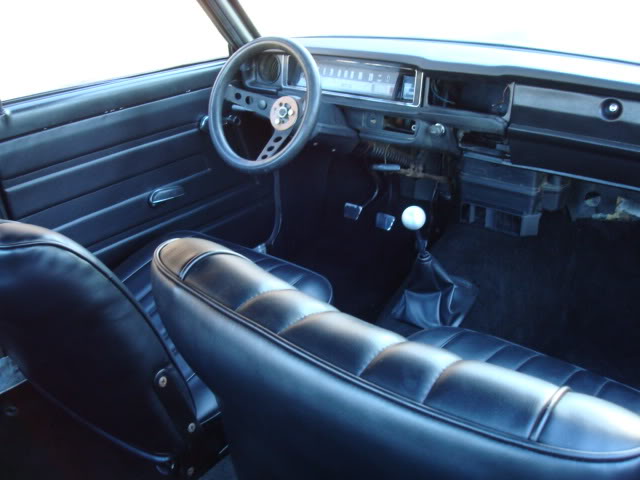 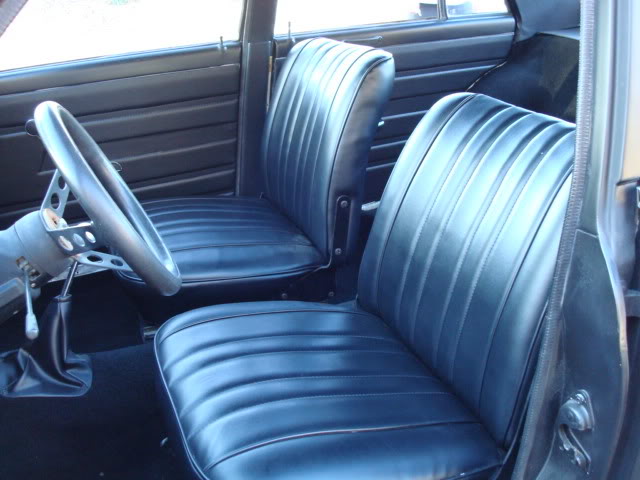 Her wiring harness is beyond repair. It looks like someone unwrapped it, threw it in a blender, and tossed it back under the hood and dash – How it got that bad is beyond comprehension, but it gives us a chance to do two things: To learn all about rewiring a Datsun (something Greg and I have always avoided), AND to show you guys how it’s done!

And, of course, the tired L16 won’t be sticking around – The L20b that’s being built will have a little “extra” done to it, and it’ll be a nice healthy powerplant to zip around the Valley… The engine bay will get refurbished before that sexy motor shows up, so it’ll be “good-bye” to all of this: 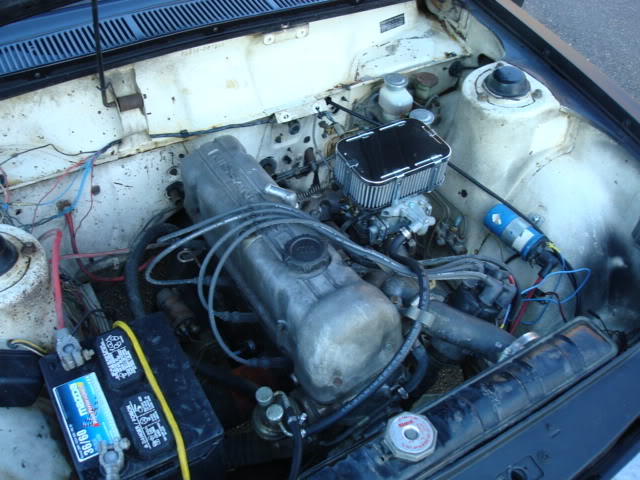 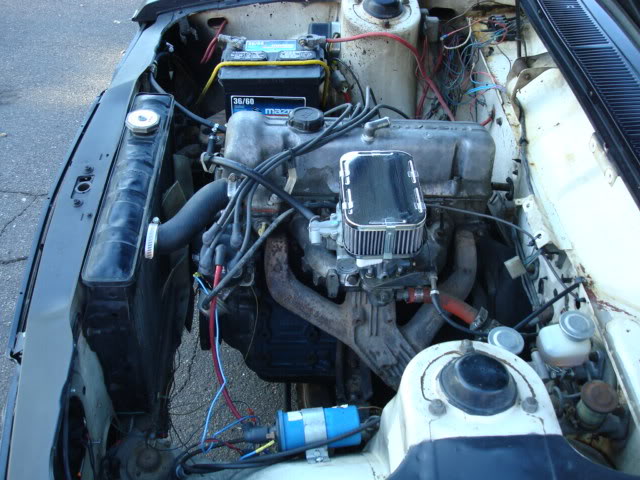 Greg and I have decided that she will be the last addition to our family for a long time. We have a year’s worth of projects in the garage to keep us busy. We want to get all of them running and restored so we can drive them to the car shows and share them with everyone. Hopefully we can organize a meet out here soon so everyone can come see the collection.

For the record, here’s the fleet (by year):

Hope you enjoyed the story, and I hope you guys will all consider taking a crack at rescuing and restoring an old Datsun – Their value can only go up, and they’re getting harder and harder to come by. Good luck, and thanks for coming along for the ride!

By the way, if you want to follow along with the restoration of this 1968 Datsun 510, here’s the article series!

Becky (nissangirl74) is the Business Manager for NICOclub and an avid Datsun fanatic.