What happens when two Datsun enthusiasts get married? One, you get to spend some quality time in the garage and two, the garage and driveway start to get really crowded.

Case in point: Greg sends me a link a while back to this bea-u-ti-ful 510 about three hours from the house. We both liked it, so he drives out there to check it out. Unfortunately, it needed a lot more work than we had anticipated, so it was a no-go. A few days later, another one pops up for sale, but still, way too much work was needed to get it going.

We were disappointed but truth be told, we didn’t really need another project. We are currently in the process of restoring the 411 wagon, the 240Z is still not finished, Project Vert is half-disassembled and needs to be re-tuned, at some point the Roadster is getting a new motor and of course the NL320 is getting a complete frame-off restoration. Plus, we vowed long ago to never buy another car that didn’t run.

Fast forward to roughly two weeks ago. Greg is sitting at his computer and I hear, “OMG, you have got to see this.” A gorgeous ’68 Dime….that runs. A ’68?!?! I fell in love with it instantly but this time, HE was the one that held back – With good reason. Even though it ran, it needed a few things AND it was in the San Francisco area. How the heck were we gonna find the time to go up there and get it? What happens if we got there and it wasn’t what the seller said it would be? Many e-mails, pictures, and assurances later, and the deal was done. We had just rescued another Datsun (4 in all) from the great state of California. A buddy of ours says, “Holy damn, California ain’t never gonna fall off into the ocean if y’all keep takin’ all the weight off of it!”

Well, thanks to the broad expanse of NICO’s 146K members, we happen to have a very good friend and NICO staff member (Aaron – “Bwana”) who lives in SoCal and has family in the bay area. How lucky are we that he happens to know these cars inside and out? Very.

Aaron bought our 69 2-door 510 last year, which we delivered to him – it was time for him to return the favor. He graciously agreed to fly up there, check the car out, and drive it down to Vista where Greg and I would meet up with him and take it home.

Not ones to waste a trip just doing one thing, we also loaded up the 411’s motor and an L20b (which will eventually go in the 510) to take with us. Greg met a guy in Riverside (through our friend Ron who is one of the most knowledgeable of men about all things Roadster) who is super-talented when it comes to building Datsun motors. He agreed to re-build the motors for us – the 411 motor will be transformed from a 90-hp 1600-cc weakling to a 2000-cc high-revving stroker beast! This was a huge step in our restoration process because Greg didn’t have time to do it and I willingly admit, I am nowhere near smart enough to try and rebuild a motor.

ALSO, Greg’s best friend Jason, “rotorimp”, bought a 411 for himself from a guy down in Santee, an hour or so south of where we were meeting Aaron. We offered to pick up the car for him while we were out there since we were going to be so close.

So, the plan was to:
a) fly Aaron to San Francisco to pick up the 510
b) load the motors in the Frontier and head to Riverside
c) drop off the motors to be re-built
d) pick up U-Haul trailer
e) pick up 411
f) meet Aaron in Vista
g) call Kenny (maximA32) and have dinner with him and Aaron
h) spend the night in Vista, head back to AZ the next day, with me towing the trailer and Greg driving the 510.

Getting out of AZ before dawn – It’s worth missing an hour of sleep to see the sunrise. 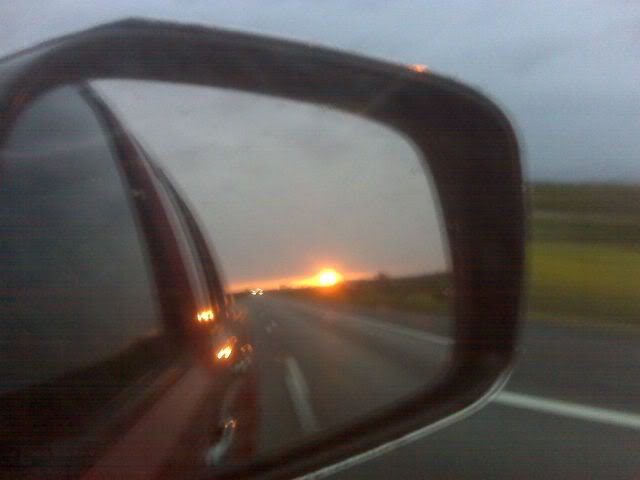 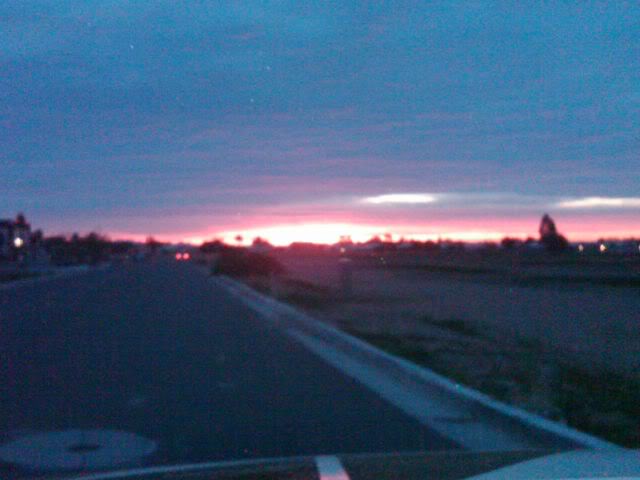 Well…….. As usual, things didn’t exactly go according to plan. But before we get into all that, here’s the obligatory scenery from the trip out there. 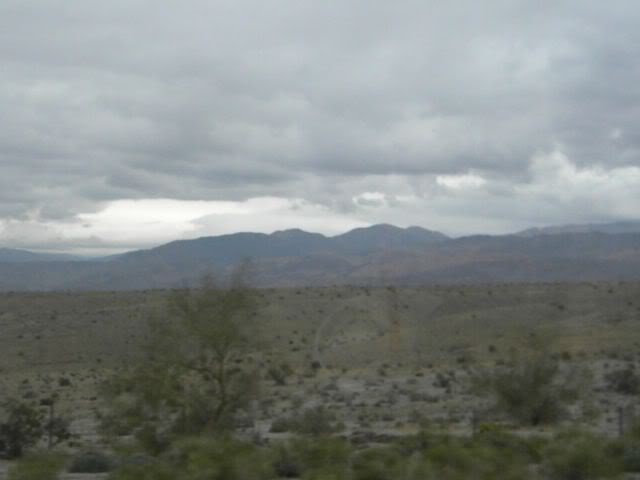 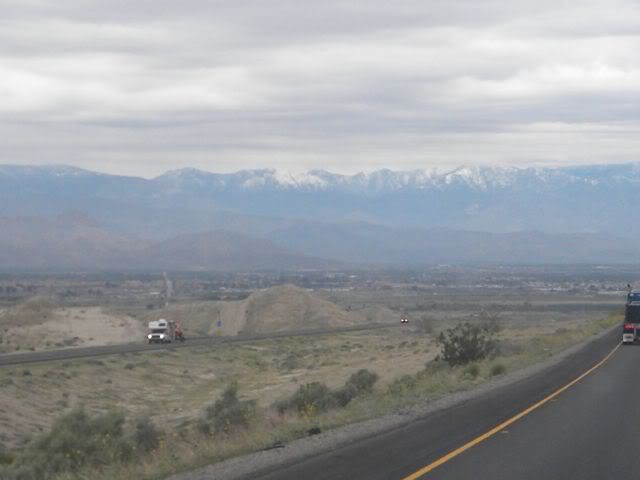 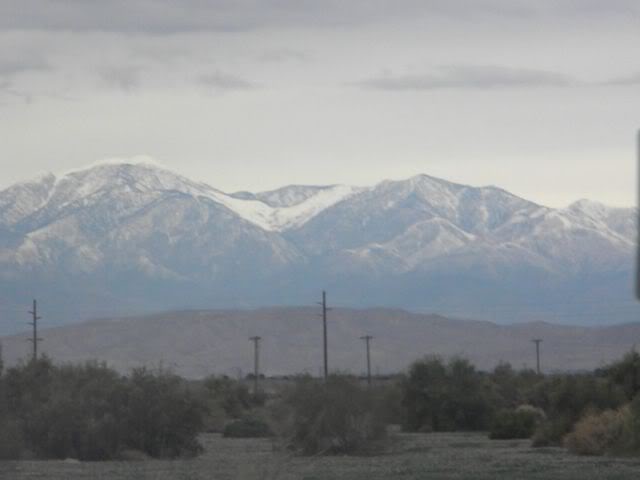 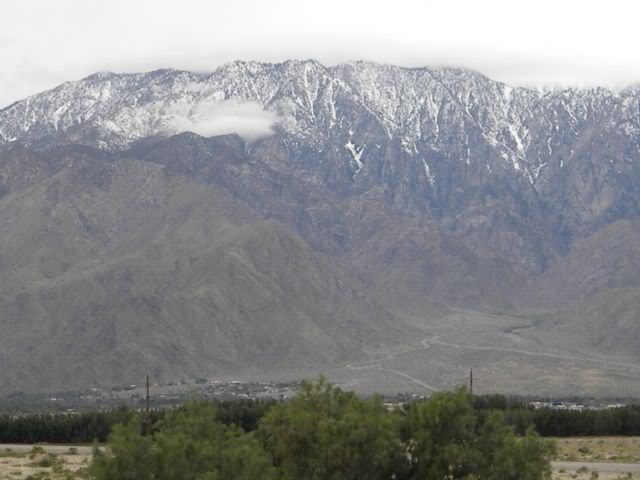